A cross-continental dispute and trademark tug-of-war between former colleagues has emerged over the rights to the business name Guns For Hire. 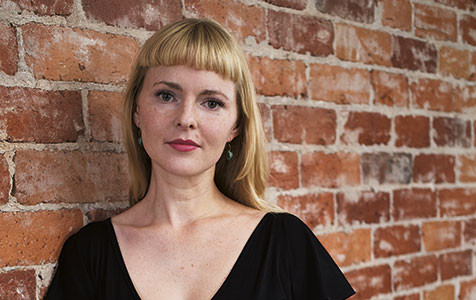 WAR OVER WORDS: Stephanie Fletcher has won a lengthy battle to trademark her business name, but the fight’s not over yet. Photo: Attila Csaszar

A cross-continental dispute and trademark tug-of-war between former colleagues has emerged over the rights to the business name Guns For Hire.

Stephanie Fletcher said she set up her Perth business in 2009 after returning from Sydney, where she had been a national ad manager for six years. She said she chose Guns For Hire because it suited her business strategy of farming-out client work to freelance contractors.

“We use contractors all over Australia, which is what guns for hire actually means. We work with several photographers, several designers, copywriters, whatever our clients require,” Ms Fletcher said.

In 2011, Ms Fletcher lodged a trademark application for Guns For Hire for services under IP Australia’s Class 35 relating to marketing.

It was opposed by former colleague Michael Field, who had set up a similar business in Sydney called Guns For Hire.

Mr Field, who previously worked with Ms Fletcher in a separate Perth business, said he started his Sydney based business in 2008.

While Ms Fletcher disputes this claim, Mr Field insists he started his business after buying the domain www.gunsforhire.com in 2003.

“In terms of providing service to our clients, we weren’t providing permanent staff, we provide skills and expertise. The term ‘guns for hire’ has been around for hundreds of years and is well understood in the market.”

In addition to providing freelance ‘hired guns’ Mr Field’s business has a small team of copywriters and designers based in a Sydney office.

Since winning the right to trademark Guns For Hire, Ms Fletcher, who uses the domain www.gunsforhire.com.au has asked Mr Field to stop using the business name as she thinks it could cause confusion among clients.

While Ms Fletcher’s business is based in Perth, it carries out national marketing campaigns and works with a number of Sydney based clients.

“We don’t want people confusing his Guns For Hire with our Guns For Hire. We have a very strong and reputable national client base,” she said.

“It’s two and a half years in, we have been proven the rightful owner of Guns For Hire, it is now a registered trademark. I thought it was over and it just continues. We’ve sent him a cease and desist and he hasn’t and apparently doesn’t intend to.”

However, Mr Field said the companies could both have the same name because he believes the likelihood of people confusing the businesses was low.

“Since 2008 we have never had any confusion at all and nobody that we have dealt with in any circumstance, supplier or client, had previously heard of Stephanie Fletcher’s business in Perth,” he said.

Mr Field said he had applied for a trademark for his business, also under Class 35 in the marketing division.

“From our perspective the trademark dispute is an ongoing dispute and we have a common law right to continue to operate under the Guns For Hire business,” he said.

Herbert Smith Freehills managing partner Tony Joyner said trademark disputes were more common than people realised and that registering a business name did not mean other people couldn’t use the same name.

“When someone is starting a new business or product line they frequently pick a name they like and run with it, often taking no steps to see if the name is legally able to be used and taking no steps to protect it. The best way to protect yourself is to register a trademark; get professional advice,” Mr Joyner said.