A revised gas off-take agreement to supply packaging firm Orora has been pushed out to 2020, giving junior explorer Strike Energy the manoeuvrability to fully-focus on its streamlined development strategy in the Southern Cooper Basin Gas Project. The company has welcomed the new deadline for the deal as it prepares to spud its ground breaking Jaws-1 appraisal well, which is potential a game-changer for the oil and gas industry generally. 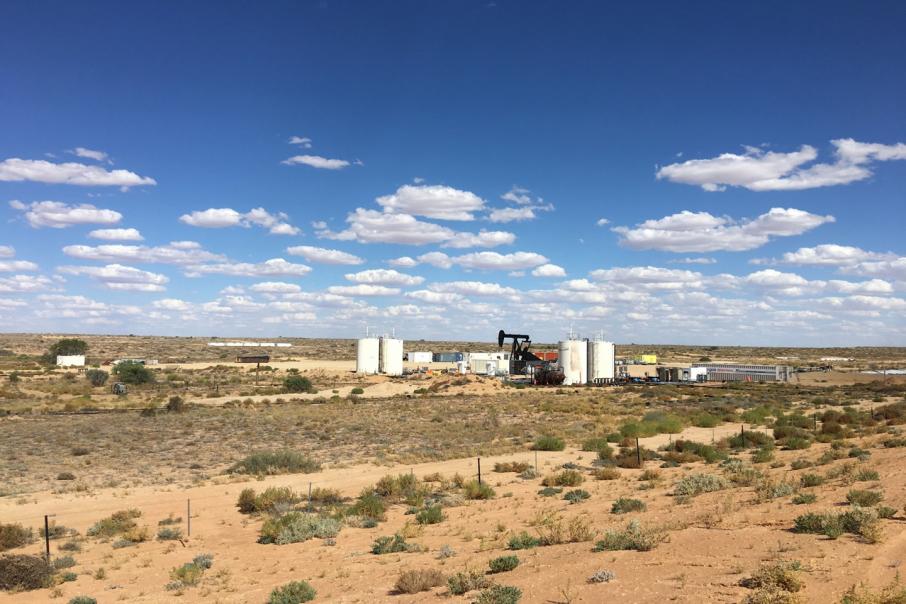 The Klebb-1 well in the Southern Cooper Basin

ASX-listed Strike Energy said in a market update this week that a gas offtake deal to supply industrial packaging company Orora had been renewed out to 2020 in anticipation of a good result from the impending spudding of the Jaws-1 well.

The junior oil and gas explorer said the deal remained unchanged in terms of agreed volume, whereby Strike will supply Orora with 45 petajoules of gas at a fixed price over a 10-year period. Under the original agreement penned in 2014 Strike had been obliged to supply gas to Orora from 2017 but were not in a position to do so last year.

However, a new Strike Energy board and a revised and streamlined strategy with ex-Shell executive Stuart Nicholls at the helm has given the company fresh wind in its sails. The new arrangement gives the Adelaide-based company the opportunity to focus on its Southern Cooper Basin Gas Project, where it is set to spud the ground-breaking Jaws-1 unconventional well on the 14th of February as part of a program aimed at commercialising a gas resource for Strike of up to 11 trillion cubic feet.

Just this week, respected oil analyst Peter Strachan estimated that Strike’s flagship gas project in the Cooper Basin could be worth up to $1.6 billion, subject to the successful appraisal drilling of Jaws-1.

Strachan valued Strike at 12.6c, which is 66% higher than the company’s closing price of 7.6c a share in the week ending 26th January.

Strike Energy will have no shortage of customers for any gas it is able to bank if the Jaws-1 well is successful. In addition to Orora, the company has a 20-year agreement in place to supply up to 250 petajoules of gas to explosives manufacturer Orica and a smaller supply deal for 12.5 petajoules with Austral Bricks. A gas famine in the east coast leaves no shortage of additional customers for the company with some states experiencing massive increases in wholesale power prices last year.

The renewed agreement with Orora was welcomed by Strike, who said it gives the company manoeuvrability to better align the deal with a revised development strategy in its 66.67% owned Southern Cooper Basin Gas Project, which is 33.33% owned by Energy World Corporation.

The supply deal with Orora is conditional on a final investment decision for the Southern Cooper Basin Gas Project and phase 1 of the project delivering 50 terajoules of gas per day.

According to management, the revised option has been agreed on terms that support the commercial development of its Southern Cooper Basin project.

Strike Managing Director Stuart Nicholls, said: “The renegotiation of this agreement with Orora, who has been a big supporter and a foundation customer, is a clear indication that Strike is seeking to progress the commercial development of the Southern Cooper Basin Gas Project.”

“The renegotiation of the offtake agreement is evidence that the external environment is changing dramatically around Strike, and that forward gas demand continues to grow with supply tightening. The development of the Southern Cooper Basin Gas Project will provide a critical supply of gas into the East Coast market at a time of significant need.”