With a breakthrough product that is already generating revenue and more products in the pipeline, regenerative medicine company Koligo Therapeutics is pitching its unique offering ahead of a proposed $6m listing on the ASX. Its “Kyslecel” product for patients suffering from chronic or acute recurrent pancreatitis has already been used for 22 procedures since commercial sales started in November 2017. 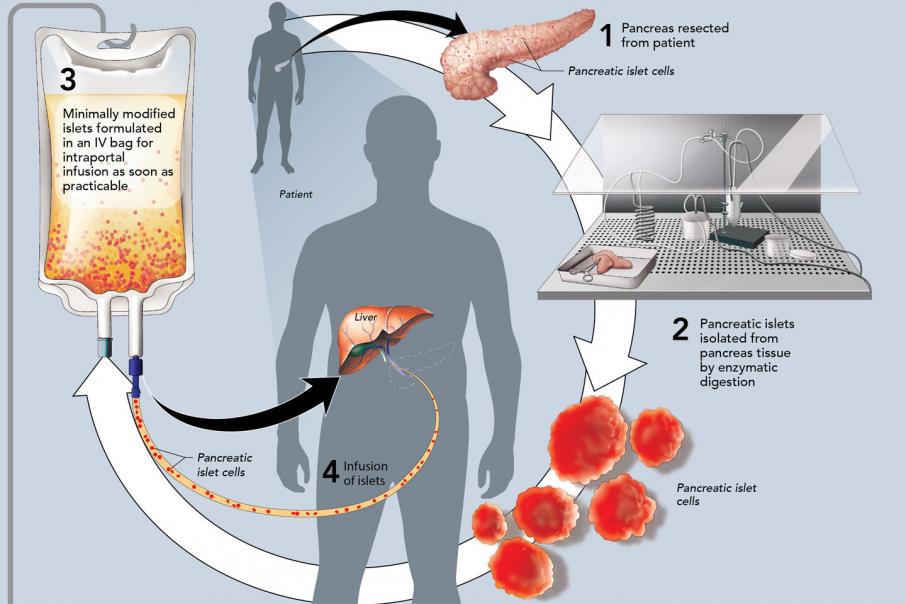 Most biotech companies that list on the ASX are largely aspirational with the promise of future revenues. They generally have a good idea and some research and even a grab bag of registered IP, but the pathway to revenue is often a long and arduous one, albeit the payday when it comes, is usually very lucrative.

Regenerative medicine company Koligo Therapeutics, whose prospectus is now on the desk of the ASX listing manager, is a somewhat rare biotech beast given that it has already entered revenue territory ahead of its planned ASX listing.

The company is seeking to list on the ASX in order to expand its unique biotechnology to other ailments in addition to its current focus on acute pancreatitis.

Koligo’s “Kyslecel” process for patients suffering from chronic or acute recurrent pancreatitis has already been qualified for sale in the US with 22 procedures performed to date bringing in A$1.6 million in revenues since commercial sales started in November 2017.

In addition, the company is now seeking to extend its regenerative and 3D bio-printing technology IP to tackle a range of serious medical conditions with an immediate focus on diabetes, a condition that afflicts millions but has typically been very hard to deal with.

Chronic pancreatitis is the inflammation of the pancreas that gets worse over time and eventually impairs the patient's ability to digest food and make pancreatic hormones.

If not treated appropriately it can lead to a number of secondary complications such as chronic debilitating pain, diabetes mellitus, malnutrition, metabolic bone disease, and pancreatic cancer.

The only cure for chronic pancreatitis is the complete removal of the pancreas, which unfortunately presents other risks such as diabetes mellitus, exocrine insufficiency and all of the obvious risks associated with major surgery.

Koligo’s IP was developed to alleviate the risks associated with removing the pancreas.

It achieves this by isolating “islet cells”  from the pancreas and transplanting the islets into the patient’s liver. Islets produce insulin that regulates the body’s blood sugar level.

The company has already achieved significant success with its technology, having demonstrated an ability to assist patients in achieving pain relief from chronic pancreatitis and in maintaining insulin independence.

However, the process has previously only been available at a handful of hospitals with access to specialised laboratories.

Koligo will then use its proprietary process to isolate and purify larger amounts of islet cells from the pancreatic tissue compared to benchmark yields.

The resulting Kyslecel product is then shipped back to the surgeon who will infuse it into the patient’s liver where the islets are intended to engraft and produce insulin needed to regulate blood sugar.

Currently, the labelled shelf life of Kyslecel is six hours from the time it leaves Koligo's facility, allowing it to be delivered to most metropolitan areas in the eastern US.

The company is working on an improved formulation of Kyslecel that will extend its shelf life, allowing it to be shipped anywhere in the US and North America.

It is also working on potential partnerships that could see its technology scaled quickly into several regions globally.

Koligo says that its Kyslecel technology offers between 80% and 90% of patients long-term relief from pancreatitis pain, whilst providing about 90% of patients some level of insulin production for some time.

It says that up to 82% of patients are able to reduce or eliminate the need for pain medication.

There is also limited competition, which could help Koligo capture a significant part of this market.

Whilst Kyslecel is Koligo’s principal product, the company intends to use its “3D-V” technology platform to improve cell and tissue transplanting in multiple therapeutic areas including through the use of 3D bioprinting.

Bioprinting is an extension of traditional 3D printing that involves laying down thin layers of biomaterial – including living cells - to build complex structures such as blood vessels or skin tissue.

The scalable process will take islets from the patient and combine them with their stromal vascular fraction stem cells before being bioprinted into stable spheroids for implantation.

Koligo said these spheroids provide a biodegradable scaffold for delivery of the islets. This could potentially involve implanting the spheroids under the skin, which could be safer and easier than the current clinical approach of infusion into the liver.

A similar process known as “Stylescel-L”, could even be used to treat type 1 diabetes through allogeneic islet transplant according to company management.

Allogeneic islet transplant typically takes pancreatic islets that have been obtained from deceased organ donors for infusion into the liver of a type 1 diabetic patient.

Koligo’s process will take the same donated pancreatic islets and combine them with the stem cells from the patients.

Importantly, Koligo is not the first rodeo for its key executive, Matthew Lehman, who previously led Prima Biomed, now Immutep, and obtained “Fast Track” approval from the FDA and “Orphan Drug” designation for Prima’s lead product at the time.

Chief technology officer Dr Stuart Williams is no slouch either with his prior research and development activities having resulted in 24 issued US patents with numerous patents pending.

Koligo Therapeutics is looking to raise $6 million through an issue of 30 million shares priced at 20 cents each on the ASX. Oversubscriptions to raise a further $1m may be accepted under the initial public offer.

The funds will be used to increase manufacturing capacity, increase the Kyslecel sales force, exploit international growth opportunities and fund its research and development pipeline.

The fact that Koligo is already receiving revenues sets this biotech apart and the blue sky opportunity around potentially tackling type 1 diabetes that has been running rampant through the global population for years, should give avid market watchers cause to sit up and take notice.