Results sent to lab in promising drill campaign for Legend

Legend Mining’s systematic search for the next Nova-Bollinger deposit in the Fraser Range in W.A is looking increasingly positive with a big reconnaissance drill program yielding excellent first pass results. The company reported this week that their regional aircore drilling program had intersected favourable nickel-copper host rocks in 10 of the 64 drill holes. 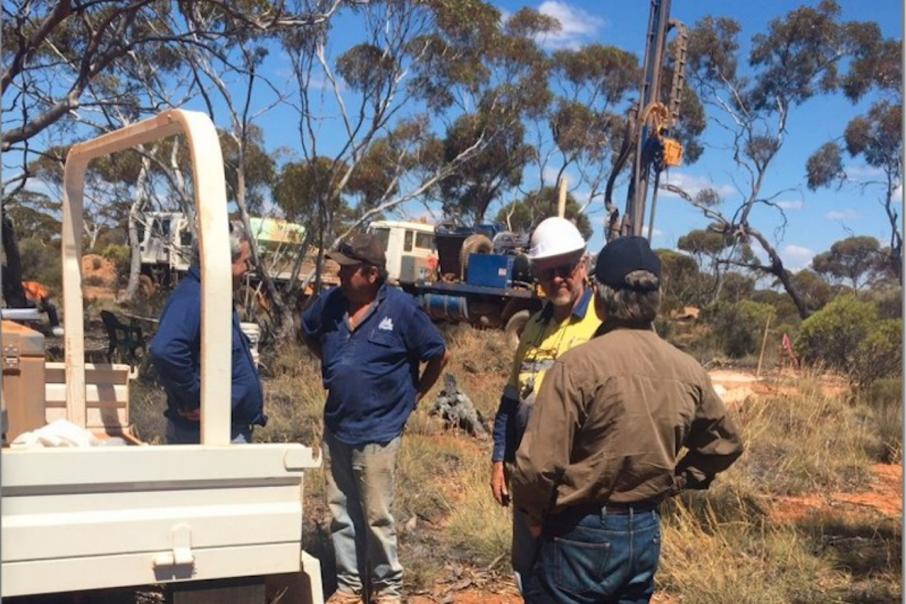 Legend Mining and JV partner Creasy Group have completed a 64-hole drill program at the Rockford project in the Fraser Range with some very interesting results.

Legend reported this week that their regional aircore drilling program consisting of 5,115 metres had intersected favourable nickel-copper host rocks in 10 of the 64 drill holes. Furthermore, the discovery of host rocks was spread across seven of the eight drill traverses.

The big drill program was spaced at wide intervals of 400 metres to build up a broad picture of target rocks in eight locations identified by aeromagnetic and gravity surveys.

Legend already knew they had the right geology at Rockford in a limited area, based on the results of the company’s first two diamond drill holes. The latest results show there are many other areas at Rockford with potential for a Nova-Bollinger style discovery which is just down the road.

The just-completed drill program intersected moderate to deep cover rocks in all locations, which shows why surface sampling is ineffective and regional drilling programs are the key to success.

All drill samples have been sent for assay, with results expected within three to four weeks.

The next step for the JV partners will be a ground gravity survey over the southern portion of the Rockford project, beginning later this month. The data will be combined with existing aeromagnetic data to shape the next phase of exploration, which will involve a high-powered electromagnetic survey and more aircore drilling.

Investors were buoyed by the latest news, bidding Legend up by 9% on the day. Since mid-year, Legend’s share price has improved by more than 40% on a series of positive announcements from the Rockford project.