King River Copper has announced more high grade gold results from the Mt Remarkable gold project, 200km southwest of Kununurra in the Kimberley region of W.A. The company is targeting the Trudi Vein system with close spaced drilling to delineate multi-ounce, plunging ore shoots. Exploration drilling is underway east of the main Trudi lode too, at the intersection with the Grahame vein system. 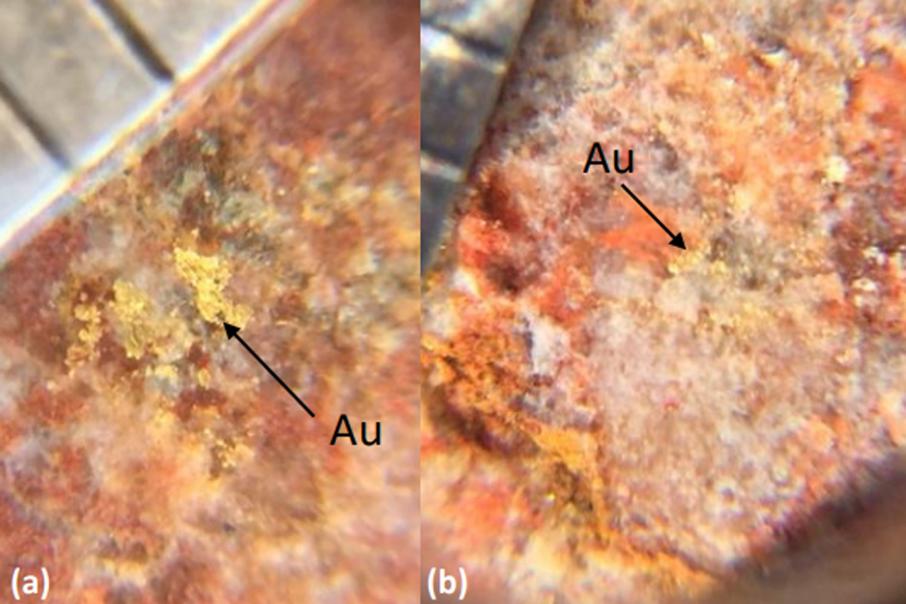 King River Copper is on a roll at its Mt Remarkable gold project with further significant results again extending the limits of mineralisation at the Trudi Vein area within the project.

The company recently announced a 2 metre intersection at Mt Remarkable grading 16.78 grams per tonne gold from 15m down-hole from the easternmost drill line and the mineralisation is still open.

King River also reported an intersection of 10m @ 1.53g/t gold from 60m down-hole, including 2m @ 6.04g/t gold in the deepest hole completed to date on the Trudi Vein.

Importantly, this result is 40m below the main mineralisation being targeted and historically interpreted, perhaps incorrectly to be an area of lower-grade gold endowment.

The same hole produced highly anomalous silver and copper assays from XRF readings and possibly points to a polymetallic system of base and precious metal mineralisation being present in the wider Mt Remarkable ore system.

According to the company, a swathe of new assay results from Mt Remarkable are expected over the coming period, with 20 shallow, close-spaced RC definition drill holes having already been completed at the Trudi Vein.

Additionally, 5 exploratory holes, including 3 drilled more than 120m east of the main Trudi area, 11 RC grid drill holes on the Northern Gemma vein and the first diamond drill hole are yet to have been assayed.

King River believes the detailed drill testing of the extensions to the Trudi Vein are paying off and have the potential to reveal additional high-grade gold ore shoots, missed by previous explorers.

Exploratory drilling will track both the Trudi Vein set and the projection of the mineralised Grahame vein set further east at the property over the coming months.

King River management said: “This strategy of close space drilling on the Trudi Vein is proving highly effective in the identification and delineation of high grade gold shoots.”

“KRC has formed the view that there is genuine potential for repeats of similar high grade gold shoots to be placed along the known ~1 km of mineralised strike at Trudi.”

“Evidence of structural changes some ~600 metres East of the Trudi main area, with a zone potentially widening to 25+ metres, is also most encouraging.”

“The focus of the coming month will be to target zones along the Trudi Vein where the Grahame Vein is modelled to be in close proximity, as this is interpreted to be the control on bonanza type grades recorded to date.”

The Mt Remarkable gold project is located 200km southwest of Kununurra in the East Kimberley region of W.A.

The company pegged the project in 2016, based off encouraging historical gold drilling results from the mid-2000s.

The project is a real “frontier” exploration play for King River, in a region with little effective, targeted drilling efforts in the past.

The grades returned to date from Mt Remarkable have been exceptional, with plenty of visible gold identified in multiple samples.

It’s been a stellar year for King River Copper, whose share price is up 1820% from this time last year which rates the company as the second-best performing ASX-listed resource stock over the last 12 months.

Industrially, fluorite is commonly used as a flux for smelting, and in the production of certain glasses and enamels. The purest grades of fluorite are a source of fluoride for hydrofluoric acid manufacture, which is the intermediate source of most fluorine-containing fine chemicals.

Line this all up with the compelling gold story unfolding at Mt Remarkable and its no wonder that investors have been flocking to the King River over the past year.