Hot Chili is on a roll now at its colossal Cortadera copper-gold discovery in Chile where the company says a resource upgrade is looming after it hit a 185m intersection going 0.5 per cent copper and 0.2 grams per tonne gold from 568m down-hole at the project. Another 550m long intersection that Hot Chili says is shows copper-gold mineralisation but has yet to be assayed. 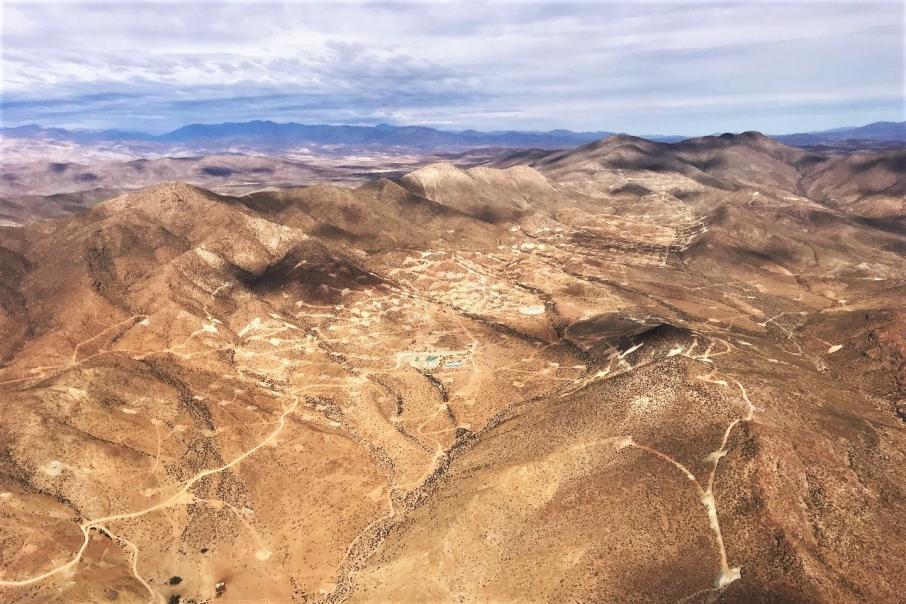 Hot Chili is on a roll now at its colossal Cortadera copper-gold discovery in Chile where the company says a resource upgrade is looming after it hit a 185-metre-long intersection going 0.5 per cent copper and 0.2 grams per tonne gold from 568m down-hole at the project.

Another 550m long intersection from the main Cuerpo 3 deposit shows extensive copper-gold mineralisation, according to the company,  but has yet to be assayed. Company visual estimates indicate that the core contains between 0.5 and 2.5 per cent copper sulphide.

Whilst a visual estimation can be unreliable, if the numbers fall anywhere in that range, Hot Chili will have added a significant new dimension to the project.

The 550m mineralised intersection occurred between 550m and 1100m and a further 200m intersection from 720m to 920m is exhibiting the same characteristics, according to Hot Chili’s management.

The latest results from the imposing copper-gold porphyry ore system indicate that the deeper roots of the deposit host higher-grade copper mineralisation which is always a good thing given the incremental cost increase in deep mining.

The company says it remains focussed on the expansion of the current global resource at its Chilean project and now has the confirmation of  a “Tier One” copper discovery, which is likely to host more than 5 million tonnes of the lucrative red metal.

Hot Chili’s nest of porphyry copper-gold deposits at Costa Fuego already makes the project one of the most globally significant copper discoveries in the last decade, however the company wants to take that moniker one step further and prove its project belongs in the world-class category.

Based on Hot Chili’s last resource update for the project in October 2020, it is already well on its way to achieving this lofty goal. Costa Fuego hosts an impressive resource of 724 million tonnes at 0.48 per cent copper equivalent and contains a wealth of base and precious metals including an incredible 2.9 million tonnes of copper, 2.7 million ounces of gold and 9.9 million ounces of silver.

Hot Chili’s expanded drilling program at Cortadera is showing an impressive strike rate with eight of its extensional diamond drill holes producing wide intercepts of copper-gold mineralisation, leaving the company in a strong position to serve up a significant resource upgrade in the months ahead.

Hot Chili’s Costa Fuego porphyry copper-gold project is located in the coastal region of Chile, around 600km north of the capital of Santiago and 50km inland from the port of Los Lasas. The project area now hosts five porphyry discoveries including the massive Cortadera, Cortadera North and Productora projects in addition to the more modest San Antonio and Valentina ore systems.

The majority of the company’s resources at Costa Fuego sit within the Cortadera discovery, which is made up of a series of separate porphyry intrusions known as Cuerpo 1, 2 and 3. The resource for Cortadera currently sits at 451 million tonnes grading 0.37 per cent copper and 0.13 g/t gold, although with drilling continuing to extend the deposit along strike and at depth, this figure is likely to balloon out as part of the next resource upgrade.

Hot Chili’s other resource position sits at Productora, around 10km north-west of Cortadera where the company is sitting on another 273 million tonnes at 0.44 per cent copper and 0.09 g/t gold. The company is currently toll mining the high-grade component of the Productora ore body and treating it through the nearby Chilean government-owned ENAMI Vallenar mineral processing facility, providing “proof of concept” for the evolving Cortadera discovery and a welcome cash flow for the budding explorer.

With the company’s drilling program continue to extend its discovery at Cortadera and the copper price heading for an all-time high of over US$9,400 per tonne, Hot Chili is on the path to unearthing a Tier One ore system at Costa Fuego and is likely to attract the attention of some of the major players in the not-too-distant future.