Research house EverBlu Capital has set a price target of 17c a share for aspiring copper producer Hot Chili, based on its 80% ownership of the flagship Productora copper project in Chile. EverBlu says the $30m company could be worth as much as AUD$511m if Hot Chili could process a higher-grade ore blend, by incorporating 10% of its annual sulphide ore feed from small satellite copper mine deposits currently being developed by the company. 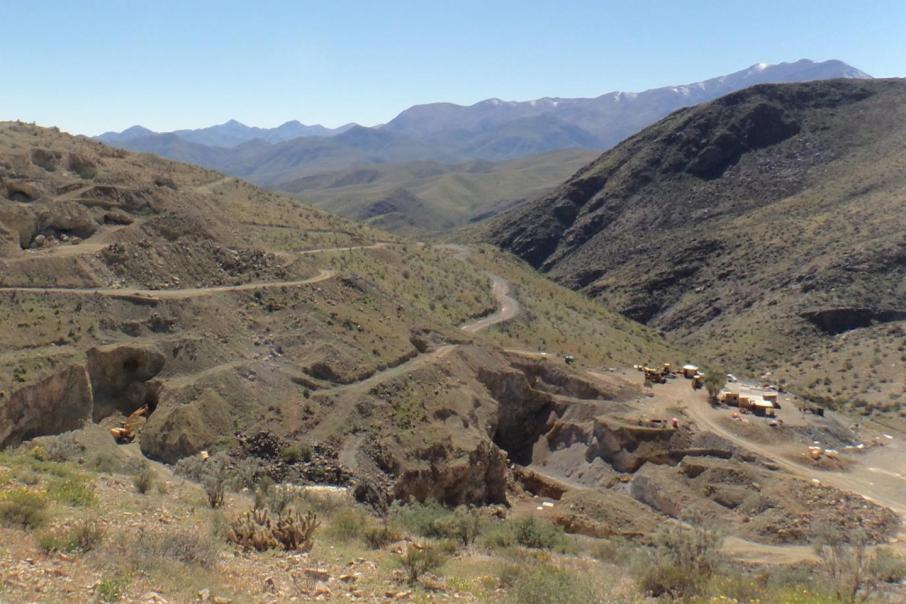 EverBlu produced a “conservative” valuation of A$197m for Hot Chili, using a base case scenario from the company’s own March 2016 PFS that shows an initial 11-year mine life for the project, that would process 17 million tonnes of ore per annum at 0.43% copper.

EverBlu also ran a number of separate scenarios in its research report including the possibility of blending a higher-grade ore feed from Hot Chili’s satellite deposits near Productora.

According to EverBlu, if 1.4 million tonnes grading 2.5% copper was blended into the Productora ore feed, the head grade would jump from 0.43% copper to 0.6% copper, lighting a fire under the project economics.

Modelling by EverBlu shows this scenario raises the value of Hot Chili to A$511m, using a copper price of USD$3 per pound and an exchange rate of AUD/USD of 0.79.

Interestingly, this latter scenario was based on extraction of nearby high-grade ore via underground mining operations only, which would be an expensive option for the company, given that open pit extraction of the shallow ore bodies in the region seems somewhat commonplace.

Over the last few years Hot Chili has spent significant time and money proving up a mining ore reserve at Productora, which is a bulk-tonnage, lower grade porphyry copper-gold system, whose development is highly leveraged to the prevailing copper price.

The project is amazingly sensitive to outside inputs including the copper price. EverBlu says that if the copper price reached US$3.50 a pound in a “bull market” then Hot Chili could be valued at closer to AUD$596m based on a number of mining scenarios being implemented.

EverBlu says that the project economics are also very sensitive to any increases in the projected mine life that may come courtesy of an increase in ore reserves at Productora.

Having the ability to blend higher grade ore also turbo charges the project economics according to EverBlu.

Some years ago the major shareholders, led by Kalgoorlie businessman Murray Black, took the view that Chile was a fast developing mineral region and without even the sniff of a secured project at that time, the company decided to station a geologist in country to hound dog out whatever opportunities appeared on the radar.

That geologist was Christian Easterday who is now the Managing Director of Hot Chili.

Easterday was ultimately successful in pulling together the Productora bulk tonnage copper project and more recently he managed to get his foot on the El Fuego project assets, which consists of three small scale, family run, but underexplored, high grade copper mines that are within about 40 kilometres of Productora.

The grand plan looks like it is coming together now for Hot Chili, with a copper price that is looking decidedly better than it was a couple of years ago, albeit with a bit of recent weakness, and the opportunity to blend that all important high grade ore from El Fuego with the massive tonnage, lower grade Productora ore.

El Fuego could be a game changer for Hot Chili.

The San Antonio prospect within the El Fuego project is located 20km east of Productora and is headlined by a small-scale, privately owned, underground copper mining operation.

The company took an option over the ground to acquire a 90% interest, but still allowed the family operators to continue small scale mining up to 50,000 tonnes of ore annually during the 4-year option period.

San Antonio has produced about 2 million tonnes of ore grading 2% copper and 0.3g/t gold since 1964, with typical grades of 2-4% copper being reported from ore parcels delivered to a nearby sulphide processing plant.

In September 2017, Hot Chili announced it had added a second high-grade satellite copper project to its armoury, again within striking distance of Productora, taking another 4-year option to acquire 70% of the Lulu mine prospect.

Lulu represents an extension of one of the region’s highest-grade underground copper mines on which no modern exploration methodology has ever been applied.

The underground operation exploited vein-hosted ore to 600m depth, over widths ranging up to 2m wide and averaging 6% copper and 3g/t gold.

As with San Antonio, the private owner of the Lulu mine will be able to exploit 50,000 tonnes of ore annually, during the option period.

Hot Chili then pulled off a trifecta in February this year, taking an option over the Valentina copper mine, located about 6km north of San Antonio and 20km directly east of Productora.

The Valentina mine is also privately owned and operated and Hot Chili has a four-year period to acquire a 90% equity position in the prospect.

The mine at Valentina has only been developed very shallowly underground, with several significant historical drilling intersections that were never effectively followed up.

Another result of 3m grading 3.4% copper was returned from 27m down-hole.

The San Antonio, Lulu and Valentina prospects now comprise the company’s El Fuego project in Chile and collectively these three high-grade mines, account for a significant proportion of the sulphide copper mine production in the Vallenar region.

According to EverBlu, ongoing success of the exploratory drilling programs undertaken across El Fuego is likely to materially change the nature and scale of the Productora copper project, as both mine life extension and project expansion opportunities are investigated.

The very encouraging intersections received so far from the company’s maiden drilling program at San Antonio appear to bear out Hot Chili’s belief in the region.

If the San Antonio ores can be extracted via open pit mining methods, rather than the underground mining scenario envisaged by EverBlu in its analysis, then further blue sky beyond EverBlu’s bullish assessment may even come into view for Hot Chili.

The company has also completed 3 scout drill holes at Valentina to date, with two of the three holes intersecting wide zones of high-grade looking copper mineralisation from shallow depths. Assays are currently pending.

Hot Chili should be in a position to complete a maiden mineral resource estimate for San Antonio later this year and with assay results still to come for Valentina, only time will tell if there is a patchwork of stories here that can be stitched together to build Chile’s next producing copper mine.