Removing the mystery from beer history

A pair of beer industry entrepreneurs is aiming to raise awareness of the history of WA’s favourite amber fluid. 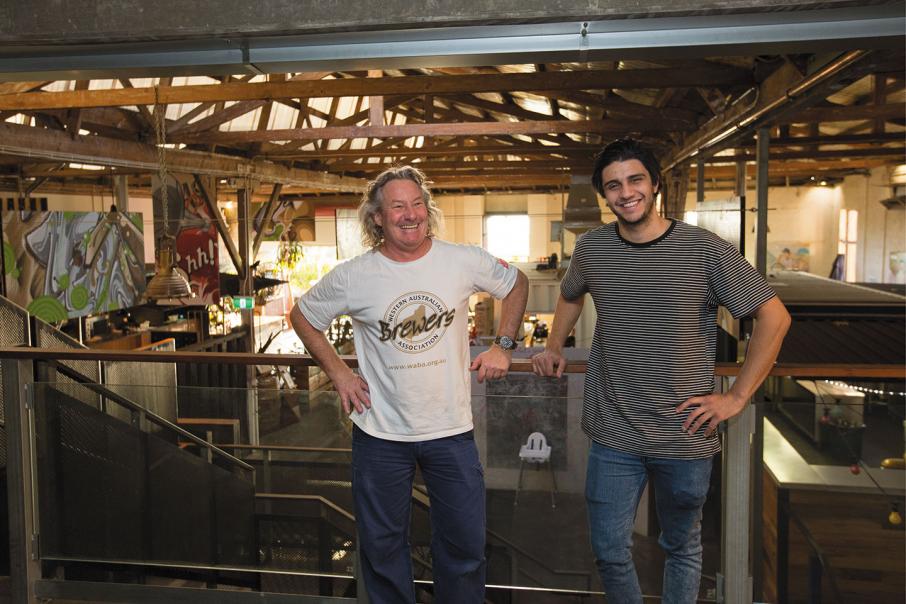 Mal Secourable (left) and Alé Alberti at The Mantle in Fremantle, where the first round of LiquidBred’s beer education sessions will be held. Photo: Attila Csaszar

Western Australia’s craft brewers have long faced the dilemma of how to break into a market dominated by mass-produced brands with big advertising budgets and an even bigger distribution reach.

And while that status quo is changing, as consumers grow more willing to try more unique and bespoke beverages, brewers are still dealing with the reality that the vast majority of punters don’t appreciate the distinction between an IPA and pale ale, or a lager and a lambic.

Messrs Secourable and Alberti have established a beer school for the masses, to celebrate the wide and disparate range of different beers being made not only across WA but around the world.

The education program, LiquidBred, is based on platforms that have long been available in the wine industry, but until now hadn’t been tailored for the beer sector.

LiquidBred will run two different courses: one a half-day masterclass for novices and those just starting to experience craft beer; and a six-week ‘Beer Odyssey’, taking more experienced drinkers through the history and innovation of the contemporary craft brewing industry.

“The six-week course is for those who are already drinking craft beer but may be intimidated by some of the esoteric styles starting to appear on our shelves, but also to tell a story about beer.

“We want to engage people and show that beer has been an indelible part of life since the cradle of civilisation.

“I’m an ex-history teacher, and I’ve always felt that if you don’t know the background to something then you can’t really understand it.”

Mr Alberti, who is the beer manager at one of Perth’s top craft beer bottleshops, Cellarbrations Superstore in Hamilton Hill, said an important differentiating factor for LiquidBred was its independence – there will be no affiliation with any breweries or pubs.

Many breweries already run education sessions for punters, through degustation dinners and food and beer pairings, or meet-the-brewer events, but Mr Alberti said they were heavily slanted towards their own products.

At LiquidBred courses, which will be held at The Mantle in Fremantle, all the beer tastings will be done blind, removing any preconceived ideas people may have about breweries.

“The idea with this is, it is very much a consumer-focused project that we’re trying to put together,” Mr Alberti said.

“We want to be free of conflicts of interest and things like that; this is meant to be about our whole industry, not about any one brewery or anything like that.”

However, Mr Secourable emphasised that LiquidBred wasn’t designed to dictate what people drank, or even to promote craft beer as superior compared with mass-produced drops.

“This is something some of the characters in our industry who are associated with breweries that have large ownership over them are concerned with – the negative associations with what we call industrial beer as opposed to craft,” Mr Secourable said.

“That association immediately makes it sound like it’s characterless.

“What we want to do in those initial classes is to show how beer got there, and why we ended up with mass-produced beer.

“It’s not saying that it’s bad, it’s just what happened, like so many other things that came from the technological change that came with the industrial revolution.

“Those beers serve a purpose, it’s just they took beer on a journey away from its roots.

“Craft beer is taking beer back to its roots, and we want to be able to show the yin and yang of that.

“That’s the game that we’re playing, trying to get people to understand why beers taste the way they do, through brewing methods, ingredients, all of that stuff.”