WESTERN Australia's food producers have a long-held reputation for disease-free quality that has ensured ongoing demand from overseas. 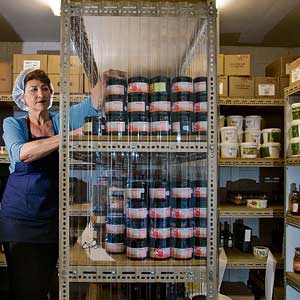 WESTERN Australia's food producers have a long-held reputation for disease-free quality that has ensured ongoing demand from overseas.

The fostering of healthy relationships with customers and maximising opportunities through contractual arrangements is another part of the equation for local producers seeking to enhance the export side of their business.

"It's the quality of our eggs that sets us apart," Ms Unkovich told WA Business News.

"It's very hard for us, and for Australia, to compete against really cheap imported product from India, Thailand and Malaysia and these sorts of areas.

"But when they get hit by a virus or a flu then we find we get a lot of phone calls."

Exports make up around 5 per cent of the company's $40 million annual turnover, and after 15 years of growing its market share across various continents it has no intention of slowing down.

But it's not eggs as you'd see on Perth's supermarket shelves that make up the company's export offering. Instead, the company removes the shell, blends the egg and then snap freezes the product for shipping to high-end bakeries and patisseries.

Despite the company's chief executive stepping down last week after almost 17 years, and removing himself from the export development role, Ms Unkovich is confident Golden Eggs can maintain its relationships with clients overseas to ensure exports continue to grow.

"At the moment we have distributors in Singapore, Hong Kong, the Philippines and the Middle East," she said.

"And we're certified across the board in terms of providing that product to the US army, navy and armed forces. Those defence contracts are invaluable."

At the smaller end of the scale is a relative newcomer to the food export game, Sticky Fingers Gourmet Foods.

From humble beginnings nine years ago selling jams and marmalades at the Canning Vale markets every Sunday, managing director Lyn Bentley has grown the company from the boot of her car to a potential international player.

"We're now in five countries, and that's really after only about 12 months of exporting," Ms Bentley said.

Ms Bentley believes it was her move to submit a tender for a contract with Dome Coffees without even having a factory established, that put her on the path to success.

"I really did believe I was going to win it so [afterwards] I figured I'd better get a factory going," she said.

"We've secured a distributor in the Maldives and we export, on our own account, to Singapore and we have also exported to India

"Through Dome it's Malaysia, the Maldives and Bahrain."

With a recent factory expansion and plans to tackle the European market, the O'Connor-based business has big plans.