Regulars don’t give a Fig about reviews

The Fig group of cafes has become an iconic part of Perth’s coastal suburbs. 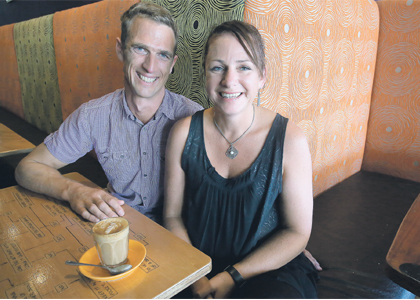 The Fig group of cafes has become an iconic part of Perth’s coastal suburbs.

GREER Mams knew exactly what she wanted when she decided to open a cafe 13 years ago - it had to be near the coast, the food was to be healthy and wholesome, and the coffee always good.

For the next decade that concept was a reality in the form of the Wild Fig, on West Coast Highway at Watermans Bay.

And while the original venue ceased to exist as a ‘Fig’ cafe three years ago, others have sprung up at regular intervals further down the coast.

The group - Wild Fig at Scarborough, Naked Fig at Swanbourne and Pickled Fig at Fremantle - are favourite haunts of those who like a leisurely start to the day ... starting with brunch.

The numbers of punters lining up for a seat at one of the Figs each Saturday and Sunday morning suggests the cafes are doing something right, which is hard to reconcile with the somewhat mixed reviews turned up by a quick search on Urbanspoon, with just an average of 64 per cent of reviewers giving their experience the thumbs up.

The business is run by Ms Marns, her partner, Russel Morris, and sister Lorna Marns.

They opened their second venue, the Naked Fig at Swanbourne, in 2009.

Only a year later the third venue, the Pickled Fig, was opened in Fremantle - much sooner than Mr Morris says they expected the next stage of growth to occur.

“[Developer] Stockland really chased us to get us in there because right through the GFC they wanted a good operator; originally we had a look and said ‘no’, but then they ended up coming back to us,” Mr Morris says.

The Scarborough location opened in September 2011; it was essentially a relocation of the original Wild Fig when the lease on the Watermans Bay venue ended.

The expansions have meant the Fig group has moved from being a small business with owners on the floor at one cafe, to a medium-size business with three venues, each with its own operations manager.

Mr Morris says part of the challenge has been retaining the good reputation forged at the Wild Fig in Watermans Bay and effectively dealing with customer complaints.

“When you move from one venue [and being] on the floor, to three, having the sorts of systems where you can quickly distil down to what’s going on is really important,” he says.

One of those systems is an online customer feedback form, which every customer who books online is asked to fill out; it’s an important part of what Ms Marns says is dedication to good customer service.

“For us as business owners, we definitely had to develop our management style in terms of when we had the one little venue; when something went wrong, we just jumped in and fixed it,” she says.

“With three venues you actually can’t operate in that small business mindset anymore; systems actually have to be there to fix any issues that pop up.”

Ms Marns says they try to give each operations manager free reign over running the cafe with the business owners there as support. “We don’t want to tread on their toes,” she says. Sourcing appropriate managers with the same focus on relaxed-but-professional service and healthy fresh food has been integral to Ms Marns relinquishing some control.

In saying that, Ms Marns will sit down with each operations manager every three weeks to discuss how the business is running, any concerns, or to go over customer feedback.

In the background, a holistic computer system has been deployed across the three venues and a centralised reception to ensure the ‘face of the business’ is seamless across the three Fig cafes.

The current business aim is to develop a reputation for providing the best coffee in Perth, which has started with beans and training being sourced from Melbourne-based St Ali coffee roasters.

It has also launched a ‘Caffeine Society’, through which members can get a coffee a day for a yearly membership fee of $149.

Ms Marns says the business is focused on honing how the three cafes are run before any more expansions are undertaken. 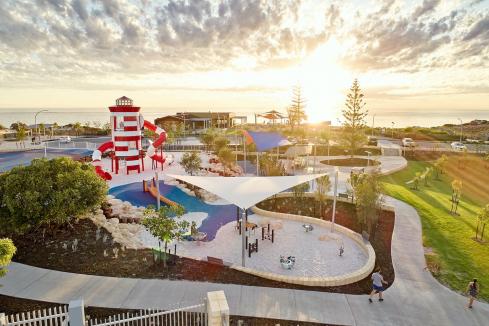