Reedy Lagoon Corporation is reviving its Burracoppin magnetite project near Southern Cross, WA, due to the increased demand for high-grade iron ore concentrate to meet China’s new environmental regulations. Ore from Burracoppin is easily upgraded into a concentrate with between 67% to 70% iron, with low levels of impurities after a relatively coarse grind of 150 microns. 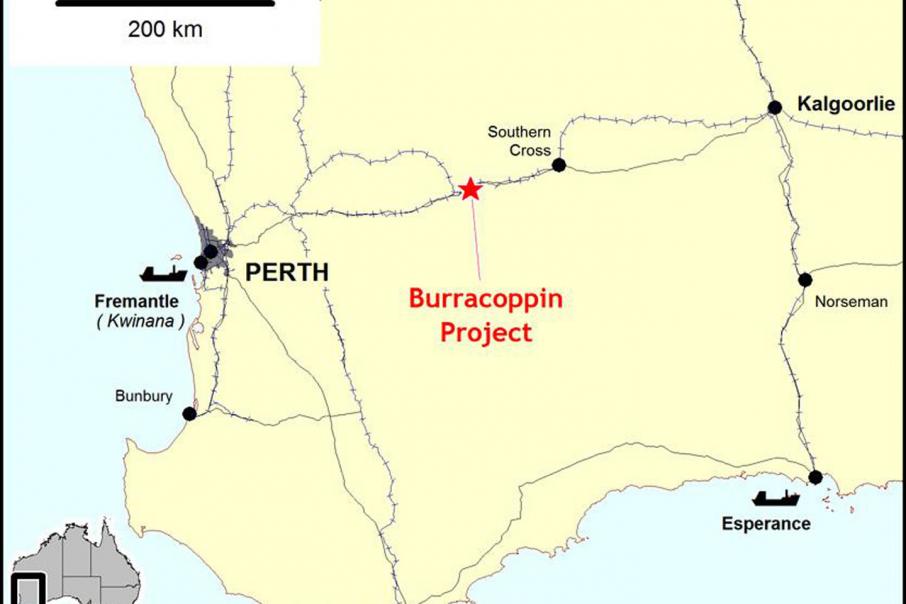 Reedy Lagoon Corporation is dipping its toes back into the giant lake that is the iron ore industry with the revival of its Burracoppin magnetite project near Southern Cross, WA.

The move is prompted by the increased demand for high-grade iron ore concentrate due to China’s introduction of environmental regulations to reduce coal usage.

Ore from the Burracoppin project is easily upgraded into a concentrate with between 67% to 70% iron and producing only low levels of impurities after a relatively coarse grind of 150 microns.

Management said high-grade iron ore is estimated to command a premium of between 20% to 30% above the normal 62% iron ore.

Prices for 62% iron ore fines have risen near 45% since November last year to about USD$94.05 a tonne. Recent price gains have been fuelled by rising Chinese steel production, a large drawdown in Chinese port inventories and disruption to supplies out of Australia and Brazil.

Reedy discovered the Burracoppin magnetite deposit in 2012 before relinquishing the ground in 2016 due to the prevailing low iron ore price at that time.

It subsequently lodged a new exploration licence application over the deposit in 2017 and was granted the licence in February this year.

Burracoppin is defined by a sizeable magnetic anomaly measuring 3,000 metres long and adjacent to rail connecting to bulk cargo ports at Fremantle and Esperance.

Reedy added that whilst it remains focused on its lithium brine projects in Nevada, US, Burracoppin has the potential to be developed or farmed out when high-grade iron ore is in demand.

Alkali Lake North hosts a linear conductive body extending for more than 2,000 metres horizontally at a depth of about 500m from surface and adjacent to a major structural fault.

3D surveying has outlined a significant new subsurface conductor with a volume of about one cubic kilometre in size.