A local e-commerce entrepreneur has been forced to deal with South Australian authorities after falling foul of the bureaucratic process in his home state. 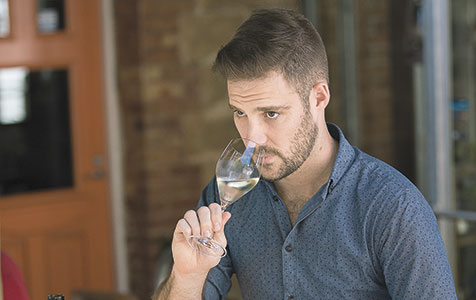 UNLICENSED: Ben Thomas has been unable to launch the revenue-generating component of his e-commerce business after failing to secure a liquor licence in WA. Photo: Attila Csaszar

A local e-commerce entrepreneur has been forced to deal with South Australian authorities after falling foul of the bureaucratic process in his home state.

Ben Thomas has been left $15,000 out of pocket after Western Australia’s Department of Racing, Gaming and Liquor rejected his application for a liquor licence.

Mr Thomas is founder of website Vine Collective, which features Western Australian wineries and allows users to rank their experiences – much like a TripAdvisor for wineries.

The site was launched in May and the number of average monthly users has grown to about 1,500.

Mr Thomas planned to generate revenue by taking a commission from wine sold through the site.

He has been unable to launch the revenue-generating component of the site, however, because of his inability to secure a licence from the Department of Racing, Gaming and Liquor.

In South Australia and Victoria, a specific licence – called a direct sales licence – is available for the sale of alcohol over the internet.

WA’s laws require businesses that sell alcohol over the internet to also have an established physical retail outlet, something which Mr Thomas does not have.

Instead, Mr Thomas applied for a licence that would enable him to act as an agent selling wine on behalf of the wineries featured on the website.

Mr Thomas told Business News he believed initial discussions with the department were positive, and that such a licence would be suitable for his purposes.

He consequently spent $15,000 preparing an application, which was rejected last month.

The department based its decision to refuse the licence application on a view that Vine Collective would be acting as a licensee, rather than an agent.

In its rejection letter, seen by Business News, the department said users should be taken to the winery’s own website to complete the purchase of alcohol.

“Plus, if you look at a lot of the winery websites the quality can be quite behind the eight ball, so the experience that we’re trying to provide through our website gets completely lost in that sense.”

Introducing a category of ‘direct sale’ or virtual liquor store licence was the subject of numerous submissions to an independent committee reviewing WA’s liquor laws earlier this year.

However, the committee resolved not to recommend establishing a new class of licence.

The committee said it had reservations about such a licence due to the challenges of ensuring liquor sold online was supplied to the same standards as that through a physical premises.

Mr Thomas said preliminary investigations indicated he would qualify for a South Australian-granted direct sales licence as long as he had a local business address registered.