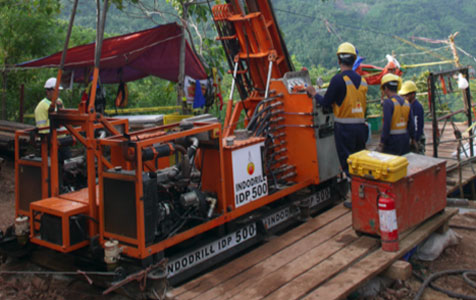 Perth based Red Mountain Mining today announced they would raise up to $1m by way of a Share Purchase Plan to fund the drilling of a South West Breccia look a like target at their Lobo prospect in the Philippines.

The company’s innovative Share Purchase Plan will lock in a 20% discount to the 5 day volume weighted average price of Red Mountain shares at the time of issuing rather than at the time of announcement providing an instant uplift for existing shareholders.

Individual shareholders will be limited to up to $15 000 worth of new shares each.

The funds will be used in part to fund the drilling of the recently defined “Tamarind” gold target.

The new target is associated with a large new gold, silver and multi-element soil anomaly that is similar in size to the company’s flagship South West Breccia high grade gold resource in the Philippines.

It is just 400m to the South West of the original South West Breccia resource and sits immediately to the south of a zone that previously returned exceptional trenching results including 3.5m @ 25.9 g/t gold and 2.6m @ 28.6 g/t gold.

Red Mountain Mining Managing Director Jon Dugdale said “The exceptional results produced last year around Japanese Tunnel and through to trench 13, led us to believe that the main SWB lode extended in that direction.”

“Tamarind is quite significant for us however because it has changed our view about which direction the main South West Breccia lode potentially extends.”

“Our geological team has now interpreted that the Japanese Tunnel to Trench 13 zone may actually only be a fault offset of the main lode, potentially represented by the Tamarind target.”

“We are very keen to drill this target, as it lines up really well with the main, high-grade SWB resource and the soil anomaly is just as big, if not bigger than SWB.” said Mr Dugdale.

The company is planning to produce a resource update for its high grade gold zone at the Lobo prospect when the new drilling program is completed.