The number of Western Australians looking for jobs surpassed 100,000 in May, as the state posted the highest unemployment rate in the nation, while a further 67,600 left the labour force. 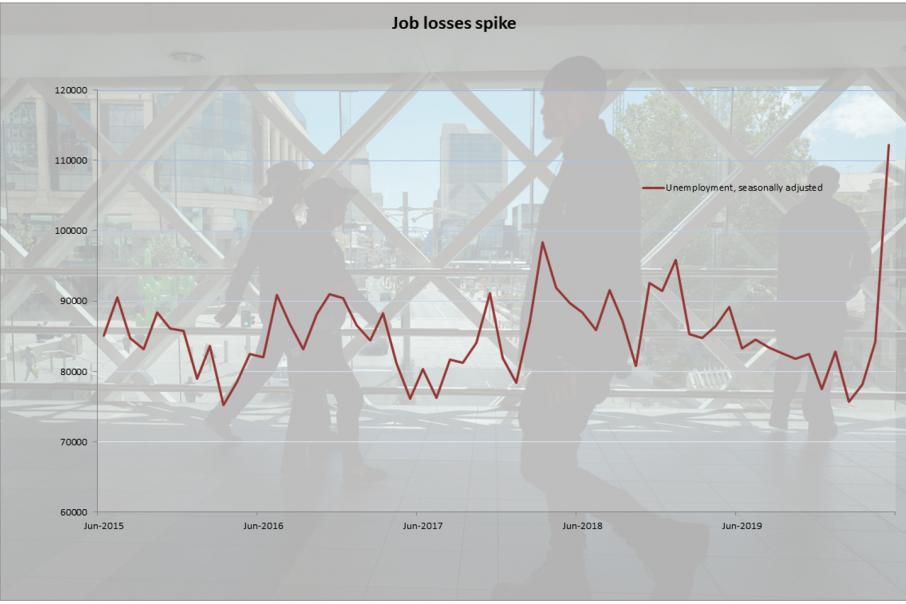 Unemployment was up in May in WA. Photo: Attila Csaszar

The number of Western Australians looking for jobs surpassed 100,000 in May, as the state posted the highest unemployment rate in the nation, while a further 67,600 left the labour force.

It marked the first time unemployment in WA had exceeded 100,000 people, in seasonally adjusted terms, according to the latest Australian Bureau of Statistics data.

Queensland and South Australia were the next worst performers, both at 7.9 per cent.

The drop was heavily driven by losses in part-time employees.

The number of full-time workers actually lifted slightly in the month, by 1,800; part-time jobs dropped by around 27,000, however.

Full-time employment was down 3.1 per cent on the level of February, before social distancing restrictions became enforced, while part-time jobs were 13.7 per cent lower.

The weak economy has also forced people out of the labour force.

About 67,600 people have left the labour force since February, which means they are neither in work nor meet the ABS criteria to be deemed looking for jobs.

Australia-wide, unemployment was 7.1 per cent, seasonally adjusted, up 0.9 percentage points on April.

"(G)iven that many parts of the economy have reopened in the past 17 days – and more parts are expected to reopen in coming weeks – to some extent the jobs data is ancient history," Mr James said.

"Jobs slumped over March, April and early May as businesses went into hibernation.

"But job gains are expected from this month on as businesses reopen and workers rejoin their employers.

"Certainly what we do know is that the number of payroll jobs rose by 1 per cent in May, lifting 0.4 per cent in the last week of the month alone."

He said some people on the JobKeeper payment would have worked no hours and also not searched for a job, which would consequently have led to lower labour force participation.