Award-winning Pemberton winery Salitage has returned to market, but this time the vendors are receivers at Ferrier Hodgson. 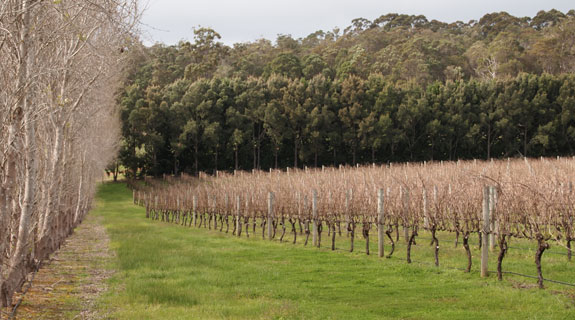 Award-winning Pemberton winery Salitage has returned to market, but this time the vendors are receivers at Ferrier Hodgson.

Real estate agencies CBRE and VNW Independent were appointed to sell the winery last week, just more than a year after a sales campaign by Garland International failed to find a buyer.

The circumstances of Ferrier Hodgson’s appointment, which Australian Securities and Investments Commission documents show occurred on July 21, are not yet known.

Enquiries by Business News had not been responded to at time of publication.

However VNW Independent director Hugh Ness said circumstances had changed since the previous attempts to sell the property, which was listed with a price tag of $7.9 million.

“Obviously at the time, $7.9 million was deemed by the marketplace to be too much,” he said.

“But we’re on the market, and we’re looking to get the best price possible for it.”

In 2013, Garland International was seeking offers of more than $6 million for the winery, and put a $1.7 million price tag on the chalets.

“It’s in a prominent position, there has been a lot of money spent on it and it’s a lovely property with good varieties on it,” he said.

“It’s won a lot of awards, which automatically tells you that the varieties and clone types are good enough.

“There are issues with it; obviously with a distressed sale it probably wasn’t quite running as well as it could be, but notwithstanding that, it’s one of the two most recognised vineyards in the Pemberton region.

“Not much has changed, other than a little bit of management tweaking.

“That tells you what the vineyard can produce; and really, those vines have gotten 10 years older, so they should be better.”

Mr and Mrs Horgan purchased Salitage in 1988, with its first harvest in 1993.

The estate was among the first wineries established in Pemberton, which is now home to 43 registered growers.

Salitage produced more than 107,000 litres of wine in 2014, exporting half of its production to the US, Japan, UK, Europe and Singapore, as well as supplying domestic markets.

“Salitage is a well-recognised label around Australia and around the markets it used to pitch to, so it’s not like somebody has to start afresh and it’s not a blank canvas,” Mr Ness said.

“Everything is there, the name is there and it won’t take a lot to get it back operating again.”