Liam and Sarah Atkinson have made what some might say is a rebellious move, taking the plunge and setting up a restaurant in the underperforming Beaufort Street precinct. 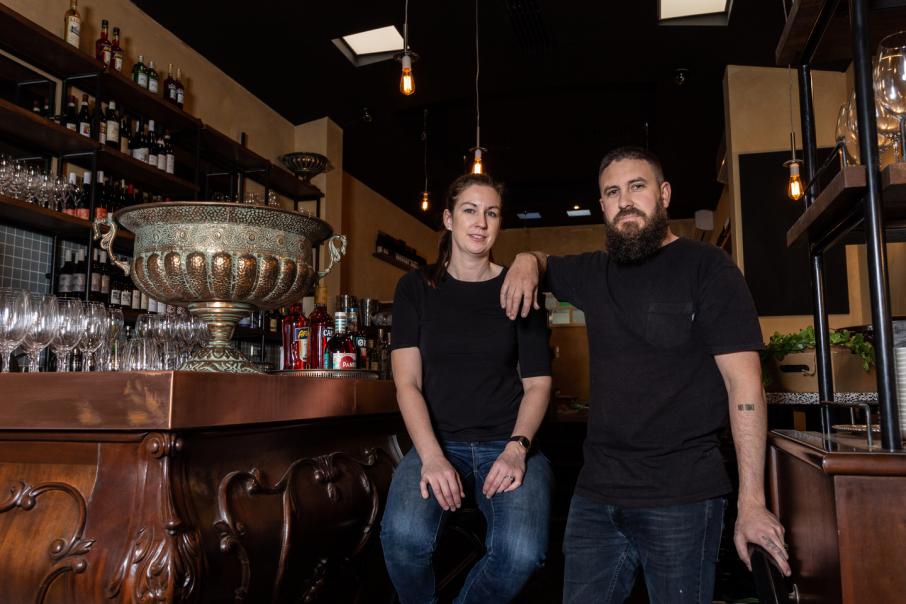 Liam and Sarah Atkinson have made what some might say is a rebellious move, taking the plunge and setting up a restaurant in the underperforming Beaufort Street precinct.

Having weighed-up the pros and cons for the better part of a decade, last week they opened La Rebelle (The Rebel), a restaurant and wine bar in Mount Lawley, after previously being part owners of Miss Kitty’s Saloon, which had been in Inglewood.

Much has been made of a series of recent hospitality industry exits on the strip, but Mr Atkinson told Business News he was optimistic about the area’s potential.

“It’s a resurgence, the old is going then there’s new popping up,” he said.

“A restaurant’s shelf life used to be 10-12 years; now they’re a lot shorter.

“The world is a lot faster than it used to be.”

La Rebelle may not be the only new venue to emerge this year in what could be the start of a revival of Beaufort Street.

Business News understands there has been interest in the sites of Five Bar, which shut earlier this year, Clarences, also on the Beaufort strip, and Cantina 663.

Five and Clarences shut their doors in late May.

Mr Atkinson said cycles had been persistent in the hospitality industry for almost as long as the industry had existed.

“I’m positive, businesses along Beaufort Street that are doing really well, there’s a great opportunity for them,” he said.

“If you look down here on a Saturday, there are about six businesses that have got people falling out the door.”

The key was to focus on delivering what customers wanted, Mr Atkinson said, with success measured by building a sustainable business.

“It’s about building opportunities, learning, getting our foot in the door,” he said.

“It’s about the craft that we love.”

The Atkinsons have been in the industry about 20 years, with Ms Atkinson an award-winning sommelier and her husband a chef.

La Rebelle will have a French vibe, but the food will not be French, Mr Atkinson said.

Instead, the menu will feature options such as blue manna crab toast, duck liver parfait, and Wagin roast duck.

The venue will be on the site of the old Circa Restaurant, at 676 Beaufort Street.

It will have three terraces, with the inside undergoing a major refit to lighten the mood.

The couple has lived in Mt Lawley for years.

“If you go to Brooklyn … local bars are the deal, people go out in the evening and have a drink before they eat dinner at home.

“We want to create a vibe that people can just swing by.

“We just wanted to bring a little bit of hospitality back to people.

“We want people in suits to sit next to people in shorts and thongs, and not to feel out of place.”