Heavy rare earths developer and miner, Northern Minerals, has been making good headway with a scoping study into the commercial properties of its rare earths deposit at the Brown’s Range project in the East Kimberly region of WA. Consistent with recent radical advancements in science, rare earth’s are becoming increasingly valuable sources of materials that are used in electronic, optical, magnetic and catalytic technologies. 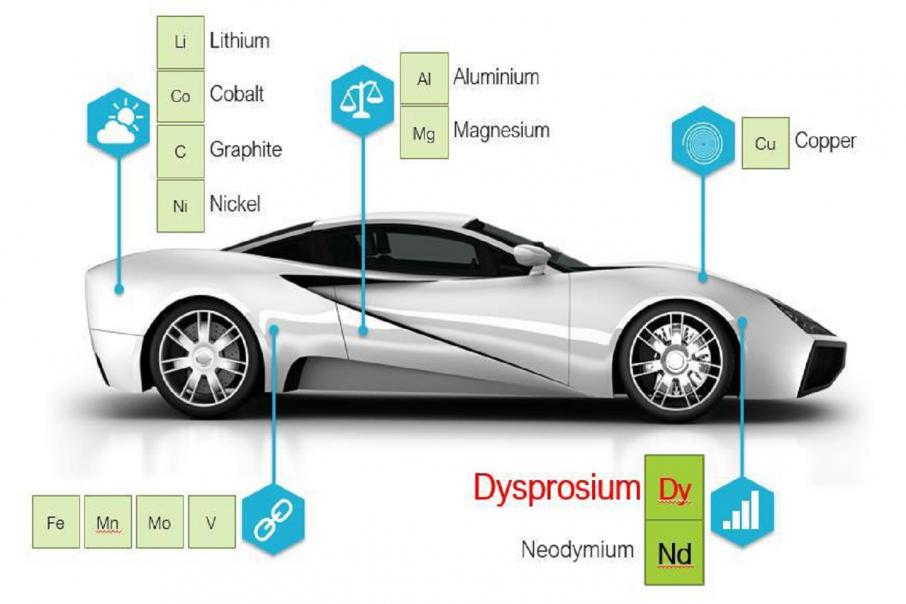 Heavy rare earths developer and miner, Northern Minerals, has been making good headway with a scoping study into the economics of its rare earths mineral deposit at the company’s Brown’s Range project in the East Kimberly region of Western Australia.

Northern said this week that the scoping study would look at the different ore sorting and separation technologies that it could apply at any potential future commercial mining operation.

Northern’s pilot plant, stage 1 “bench-scale” beneficiation test work has been a success and has produced a solution that is amenable for separation of rare earths by “group”, according to the company.

Rare earth elements or “REEs” are a complicated bunch of substances that are scientifically defined as the 17 elements in the periodic table that include the lanthanide series, scandium and yttrium.

The rare earth, or “RE” metals that explorers often seek are made up of lots of different REEs that usually attach to some non-metals.

It is estimated that there are some 200 different “species” of RE minerals that are made from the 17 REEs and there are generally six reported main “ore” minerals.

These ore minerals are beneficiated, chemically treated, separated, refined and purified to extract the desired REE.

This is a very complex and challenging process and if Northern can separate its RE oxide compounds that include dysprosium oxide and terbium oxide, it can sell them directly to permanent magnet makers globally who will use them in the manufacturing of electric motors, both for the automotive sector and the industrial sector.

The REEs, dysprosium and terbium are used in hybrid electric cars to maintain an industrial magnet’s magnetic characteristics at high temperatures. Neodymium, another REE, is also a major component that is used in hybrid car engines.

United States-based K-Technologies has been chosen by Northern to conduct bench-scale test work and it is now up to stage 3, where it will attempt to separate and purify individual RE minerals.

In conjunction with K-Tech’s work, Northern has been engineering an ore sorting solution that will be commissioned on-site at Browns Range, ahead of the wet season.

Mr Bauk said: “It’s exciting to see positive results from the first stages of bench-scale testwork being undertaken at K-Tech. If successful, we would have a clear pathway to advance downstream in the supply chain to supply separated products to a much wider customer base.

“We have moved quickly to advance the ore sorter project, identified as a potential game-changer for the project. Higher grades going into the plant would result in higher production rates and lower operating costs, a double win in terms of improving the economics of the Browns Range Project.

Consistent with the radical advancements in science, REEs are becoming increasingly valuable sources of materials that are used in electronic, optical, magnetic and catalytic technologies.