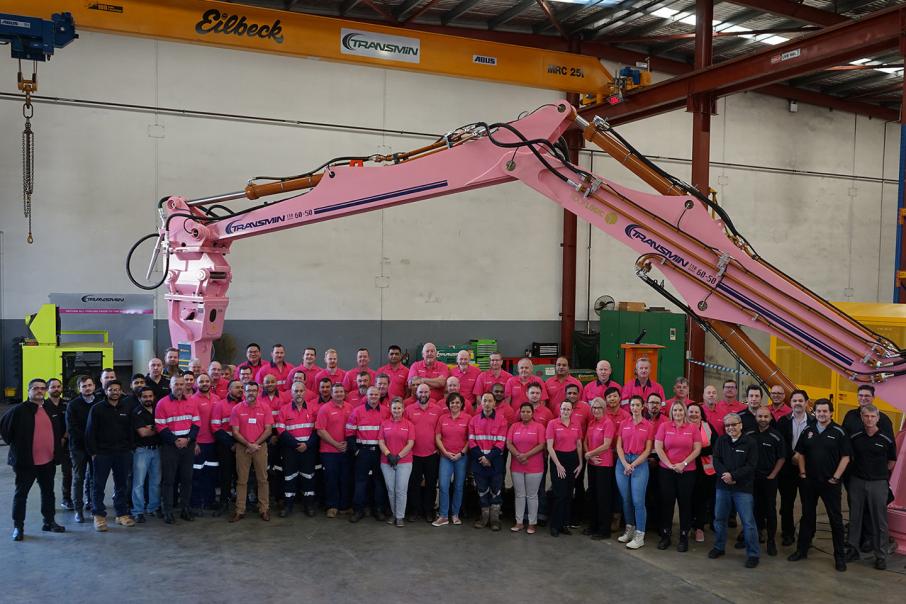 Malaga-based Transmin has provided a case study in dealing with the painful end of Western Australia’s resources cycle.

For its efforts, Transmin has been named Medium Business of the Year at the RISE Business Awards.

More than three decades after Ross Nunn founded the bulk handling equipment business from his garage, Transmin equipment operates in 33 countries with 88 staff.

Milestones in that journey included entering export markets in 1992, producing a rock-breaker boom system in 1995, and developing a low-profile feeder conveyor belt in 2003.

The business faced a battle in 2015, however.

Transmin was highly dependent on a small number of iron ore customers, particularly for capital investment, and the business was burning through cash reserves as it posted losses.

A particularly notable decision was to buy parts directly from manufacturers and become a distributor of the products, which meant cutting out suppliers and saving about 30 per cent per unit.

This also opened up a new revenue stream: selling products into the wider market.

With a new executive team on board, Mr Nunn was able to move into semi-retirement, while an improved structure in the business helped clients have specific account managers.

The wider belt has been selected for a new major mining project under development.

Product development wasn’t just limited to equipment on site, however.

That helped identify a drop in spending from a major client and flagged it for engagement.

In business development, Transmin kicked off advertising campaigns through LinkedIn and direct emails, which it said secured new customers.

All of that has worked well, with turnover up 69 per cent over the past three financial years.

The dependence on capital projects has reduced, with aftermarkets now a larger part of the business, although not the majority of revenue.

Transmin has given back, too.

Employees have volunteered to run and manage a food tent at a Homeless Connect event in Perth, with food and clothing donations of more than $2,000.