SPECIAL REPORT: Reconciliation Action Plans are used by hundreds of organisations across Australia to deliver better outcomes. Click through to our Indigenous Development feature. 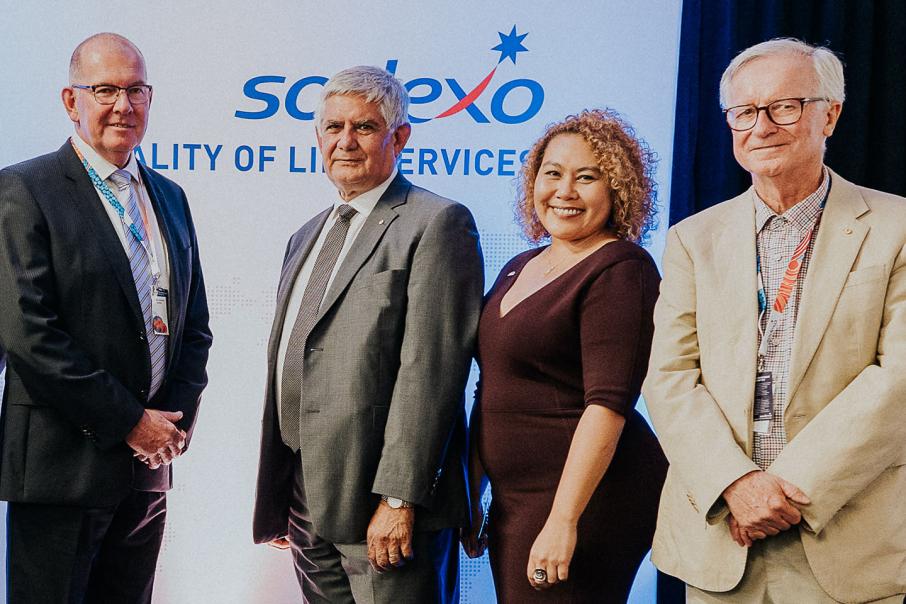 Reconciliation Action Plans are used by hundreds of organisations across Australia to deliver better outcomes.

The development and implementation of a Reconciliation Action Plan is an increasingly popular tool for organisations that want to translate good intentions toward Aboriginal and Torres Strait Islanders into tangible deeds.

More than 1,000 organisations across the country have an RAP.

Leading the way are 24 organisations with an Elevate RAP.

This means they have a proven track record of embedding effective initiatives to empower Aboriginal and Torres Strait Islander people in their activities, and have a strong strategic relationship with Reconciliation Australia.

“One of the best things that came out of the reconciliation process was the RAPs,” Mr Wyatt said at the launch earlier this year of Sodexo’s Elevate RAP.

“The greatest joy is seeing the corporate sector take on with some rigour RAPs that weren’t just about employment; they were about a social construct that started to recognise the value and capacity and individuality of indigenous Australians in
their organisation.”

Mr Chaney said the reconciliation process was one of the country’s biggest challenges but he was encouraged by recent developments, with RAPs providing an action plan for the future.

“I think Australia has made some fantastic progress and this company Sodexo is a wonderful example of that,” Mr Chaney said.

Sodexo started its first RAP in 2009 and is one of only 10 organisations to have progressed to its second Elevate RAP.

The French-owned company has 5,000 employees in Australia delivering multiple services such as catering, cleaning and maintenance, for mine camps, prisons and other clients.

Aboriginal people have comprised between 7 per cent and 8 per cent of Sodexo’s Australian workforce in recent years – the group is aiming for 10 per cent in the next three years.

In addition, the group has spent $24 million with Aboriginal businesses over the past four years, with half of those businesses located in regional Australia.

Its commitment for the next three years is to spend $10 million per year with Aboriginal businesses.

Sodexo hosted more than 50 events in the past year to boost Aboriginal and Torres Strait Islander cultural awareness among its people.

It has an indigenous leadership team to provide expertise regarding recruitment, working with indigenous suppliers, community and cultural
engagement.

The group has sponsored multiple events such as cultural festivals, youth leadership programs, and sporting teams.

“For our efforts in this space, we are one of 18 organisations that has been invited by United Nations Global Compact to include our indigenous engagement approach in a practical supplement to the UN Declaration of Rights of Indigenous People,” Mr Chalmers told Business News.

Sodexo is also planning to expand its Justice to Work program, through which it provides pre-employment training and skills development for incarcerated women.

“We are also looking to strengthen the governance of our RAP, with more indigenous representation on our steering committee and working groups,” Mr Chalmers said.

Organisations with RAPs have been at the forefront of a business sector push to promote the politically contentious Uluru Statement from the Heart.

Released in 2017, it called for the establishment of a First Nations ‘voice’ in the Constitution and a commission on agreement making and truth telling.

It was drafted at the end of a three-day convention of 250 Aboriginal and Torres Strait Islander delegates.

More than 50 prominent organisations have issued statements pledging their support for the Uluru Statement.

BHP chief executive Andrew Mackenzie used a speech in Perth in January to endorse the proposal, which was followed by a joint statement with fellow miner Rio Tinto endorsing the statement.

Woodside Petroleum, Curtin University, Lendlease and Qantas are among the many others to have pledged support.

After being sworn in as minister, Mr Wyatt said the government was committed to recognising Aboriginal and Torres Strait Islander Australians in the Constitution (see page 6).