Percent for Art schemes have led to growth in the amount of public art in WA, and the boom is just beginning. 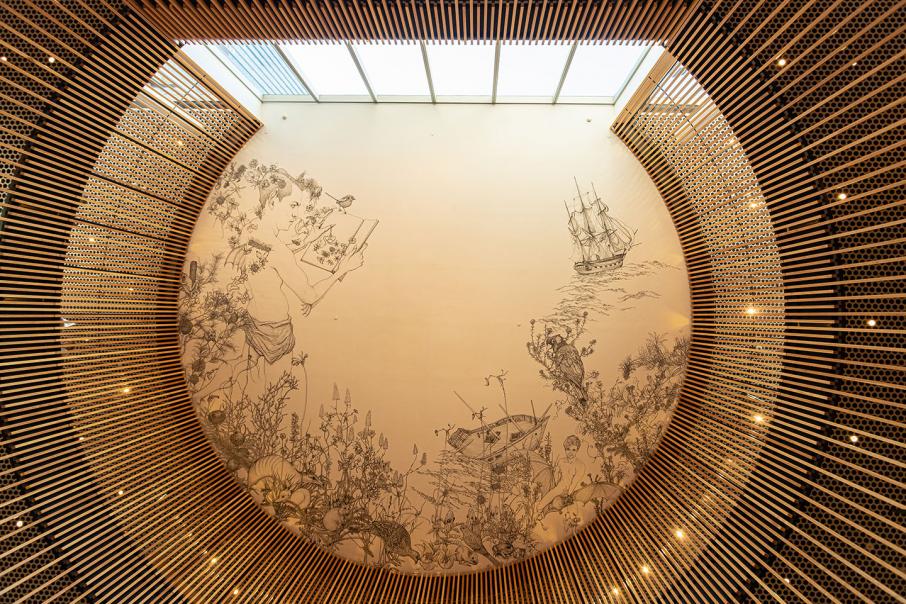 Public art features in a number of Perth buildings, including in the library. Photo: Gabriel Oliveira

Attitudes to public art in Western Australia are changing, according to FORM building a state of creativity Inc executive director Lynda Dorrington.

Instead of just painting a pleasant picture on a wall or “plonking a statue” in a garden as an afterthought, Ms Dorrington said public art was now being taken seriously.

“While public art has been a part of Perth’s cultural identity for some time, it’s really only recently that we have seen a substantial shift away from the practice of shoehorning public art on the end of projects,” Ms Dorrington told Business News.

“Particularly in the last five years or so, we’ve seen more and more organisations embrace public art in its many forms, recognising the positive impact it has on the wider community.”

Ms Dorrington said public art could give Perth a unique marker to set it apart from other cities.

“It can allow locals to see a representation of themselves in the place they live, or tell a narrative of a city or town’s time and place in history, becoming a great source of connection and pride for the community,” she said.

Regional WA has experienced the economic benefits of public art recently, with murals painted on grain silos in Northam, Merredin, Pingrup, Newdegate, Ravensthorpe and Albany attracting tourists to those towns. 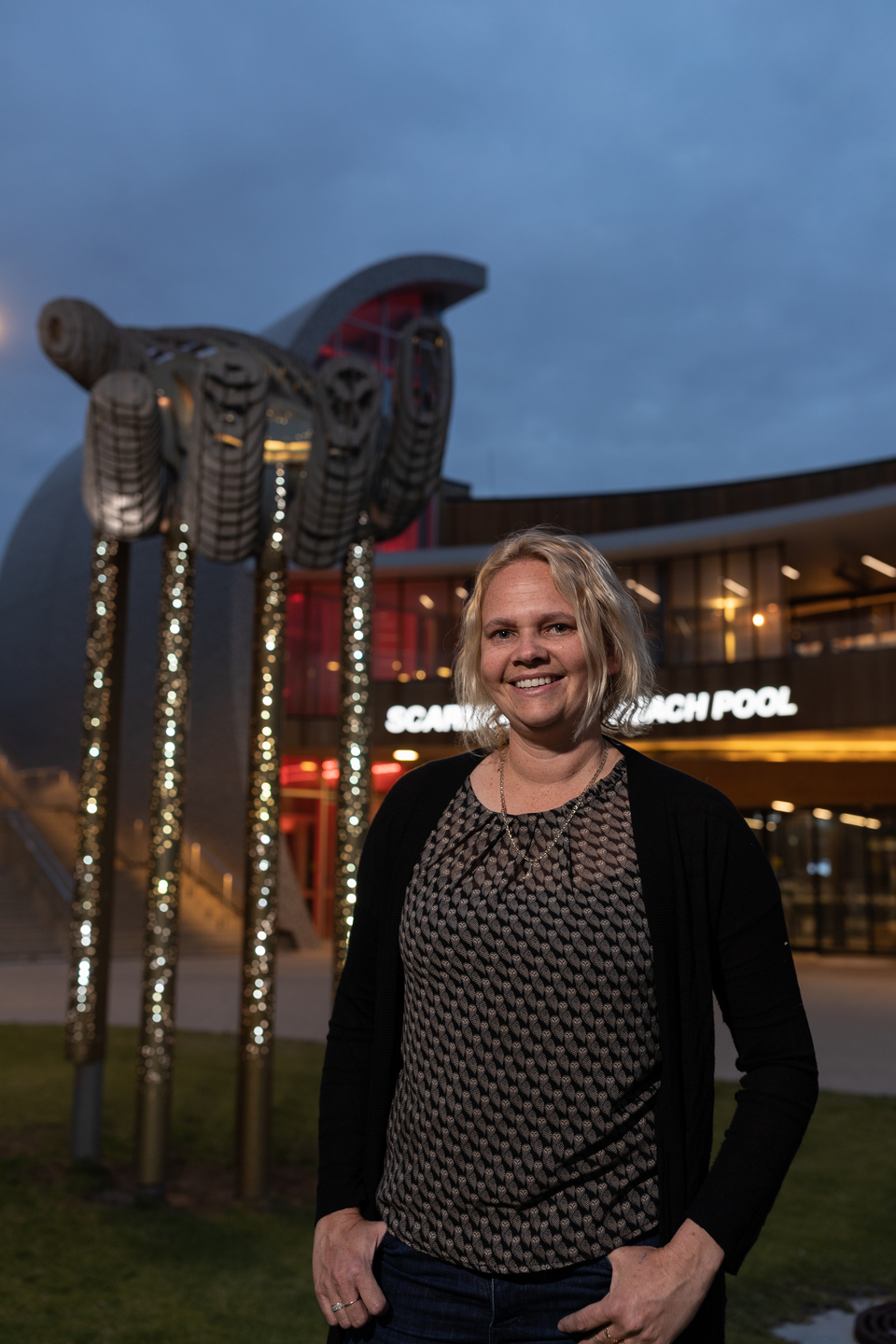 WA public art is also attracting attention on the international stage, with Paula Hart winning the commercial category in the US-based CODAawards 2020 for her work, Jacaranda, which is displayed on the Woolworths building in Mt Pleasant.

Tasmanian artist Catherine Woo, commissioned by global public art/design solutions company UAP, earned a merit prize at the awards for her work Cascade at the Ritz Carlton in Elizabeth Quay.

“At the moment, I feel that’s the missing piece of the puzzle,” she said.

“In Perth, I would really like to see more public works created by our Noongar artists, which would translate into a more visible representation of our true cultural history reflected in the landmarks of our city.”

Artist and Aboriginal woman Kylie Graham has created works in Perth, including at Scarborough Beach, Elizabeth Quay and Yagan Square.

“I think it means a lot for us as Aboriginal people to see our art and other people’s art, because it’s just a sense of pride of being in Noongar country knowing that it’s done by a Noongar person,” Ms Graham told Business News.

Ms Graham said while there was a lot more Aboriginal public art now than previously, many opportunities required Aboriginal artists to collaborate with other artists.

This meant Aboriginal artists sometimes only received the artist’s fee for their designs, and not the whole commission.

“I think there should be more opportunities for Aboriginal artists to be able to have the whole commission instead of loaning their work or just paying to the artist fee,” Ms Graham said. 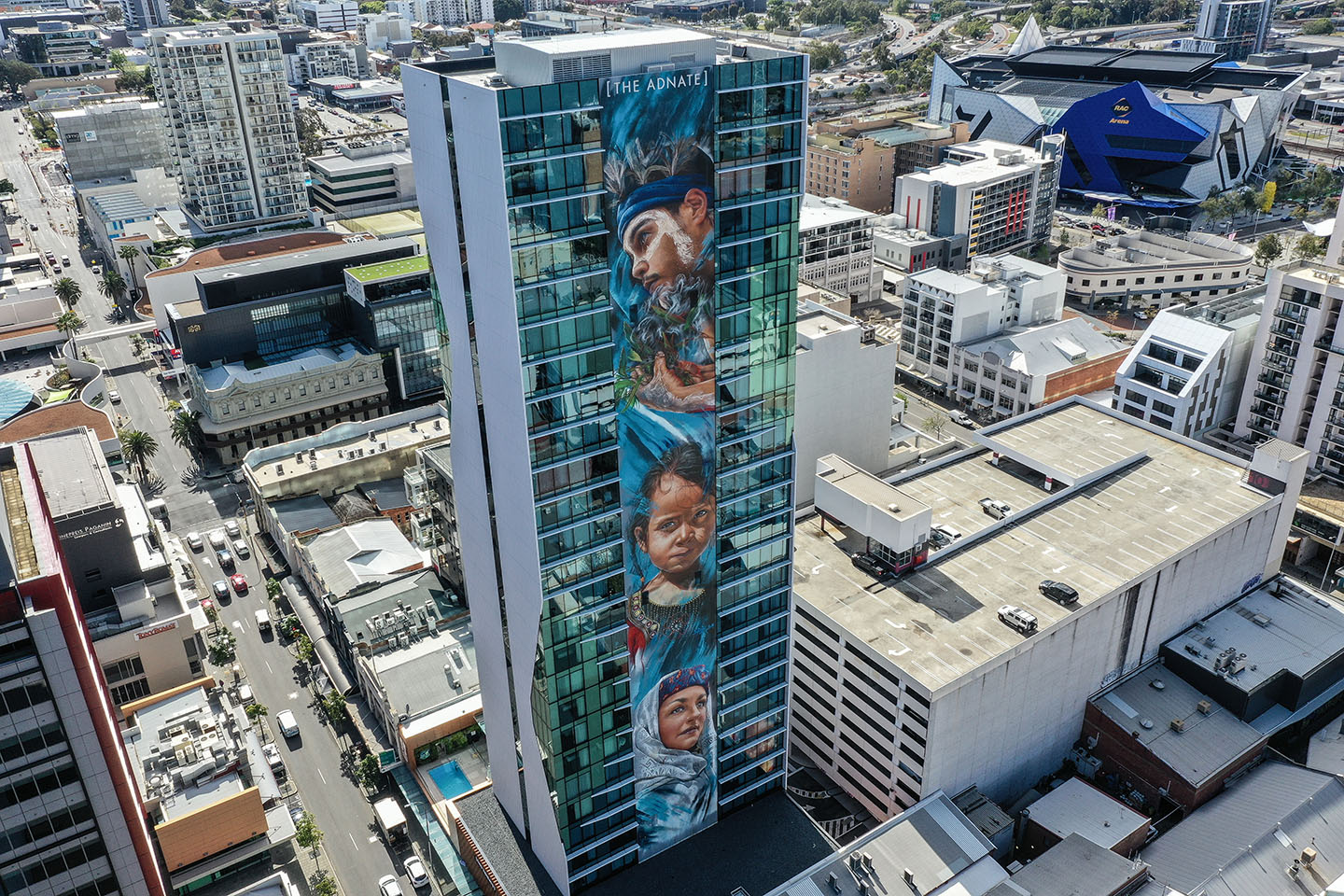 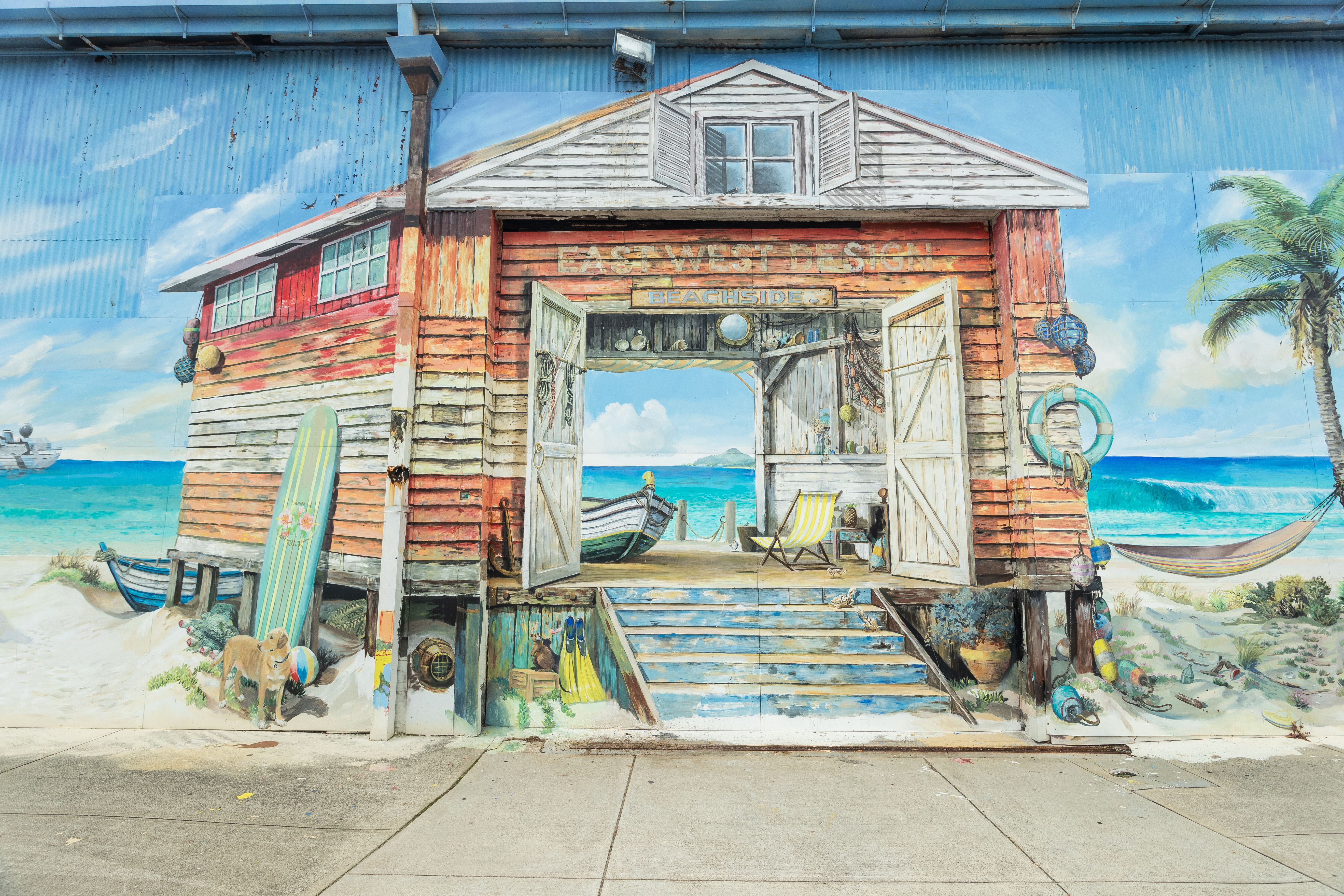 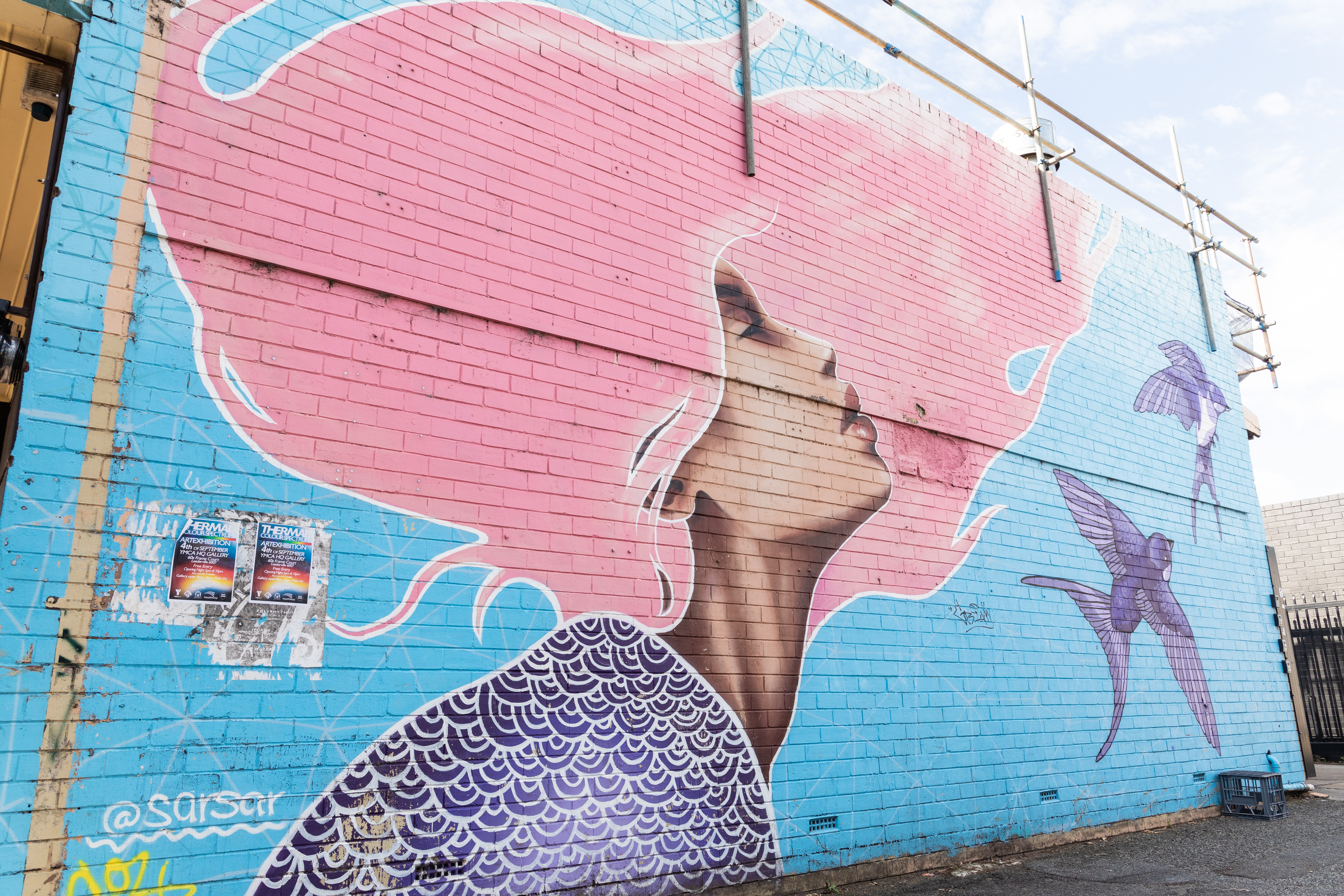 According to the Percent for Art scheme annual report for 2018-19, more than $58 million has been spent on about 650 artworks during the scheme’s 30 years.

More recently, local governments have created similar schemes of their own, with rules applying to commercial projects.

According to urban planning firm RobertsDay’s ‘Percent for Art 2.0’ report published earlier this year, 72 per cent of local governments that participated in its study had a Percent for Art scheme.

However, several councils in the western suburbs, including City of Nedlands and the Town of Mosman Park, were yet to participate.

The report said most local governments had adopted the schemes between 2014 and 2019.

Ms Dorrington said a large number of artworks had been delivered as part of the scheme, employing hundreds of artists and injecting millions into the arts sector.

“We’ve also seen a trickle-down effect, in that local governments have deployed similar schemes as part of their public art strategies, recognising that commercial developers play an enormous part in shaping the cultural identity of communities,” she said.

“Similarly, developers are starting to realise that public art is also beneficial for business.”

The City of Vincent led the way as the first local government to create its own Percent for Art scheme, in 1998.

Mayor Emma Cole said the scheme was introduced because the council wanted developers to contribute to the look of the city as housing density increased.

Ms Cole said Vincent had been growing its art collection ever since.

“It’s an amazing opportunity for people to just be walking down the street and be able to see public art as they move through our town centres and neighbourhoods,” Ms Cole told Business News.

“We have seen art creep into our residential streets.

“Residents really like to paint their walls or have some kind of art happening in their own private residences and then we have seen businesses take it up where they might have a blank wall or they might just see an opportunity and they might contribute to public art as well.”

Ms Cole hoped the city’s public arts push would bring community and financial rewards, as had occurred in the regions.

“I think it can lead to more visitors and tourism, if you think about things like the silos in country towns and how that pulls people out to view that,” she said.

While the Percent for Art scheme has proved contentious for some developers, given the requirement for them to spend extra money, not all are so hesitant to engage with the process.

For example, property developer Hesperia invests significant effort into the art selected for its developments.

Hesperia has been responsible for the Treasury Buildings, The Rechabite and Alex Hotel developments.

“We spend a lot of time and effort in making sure we go through a process that captures a range of people’s different views before we end up selecting either one artist or a range of different artists and what form of art it actually is,” Mr Jeavons told Business News.

He said Hesperia didn’t have a regular process for choosing what public art fitted which project, and instead chose art specifically for each development.

“The State Buildings, for example, because there was so much history within those buildings and the precinct, it was very much on a space-by-space basis and it probably needed to have that fine-grain relationship,” Mr Jeavons said.

“Because there were so many rooms in the buildings, and so many different stories, we felt that needed a collection of art, so that was one where it was very bespoke in the way we went about it.

“We dealt directly with individual artists on specific pieces and then there were probably the larger precinct pieces that would go through what you would say would be a typical public process.”

“I think that’s a real lost opportunity … for the arts industry, and to connect with new places,” he said.

“I think it’s a lost opportunity for the people who become residents or occupiers of those spaces when a lack of effort has gone into the public art.”

In its pre-budget submission, the Chamber of Commerce and Industry of WA campaigned for the scrapping of local governments’ Percent for Art schemes because it said the public, not developers, should fund public art.

A CCIWA spokesperson said this position best reflected the public interest and high value of art to the community and economy, and was a longstanding position of principle reflecting the views of chamber members.

NOMA* Studio director and architect Simon Venturi, who recently started his own public art consultancy, Curate Publik, said the scheme had contributed to a proliferation of public art, but needed to have more frameworks and policies to make it easier for artists and get better outcomes.

“I really think the amount of money we spend in the arts, if that amount of money was spent in any other sector it would have much stronger policy and process behind it,” Mr Venturi told Business News.

“I really feel like creating much stronger frameworks, process and policies would improve outcomes in public art significantly.”

This view reflected what is expressed in the RobertsDay report, which said the Percent for Art policy was weakened and exposed without the supporting cultural frameworks.

It recommended local governments consider a stronger focus on integrating cultural planning as part of the regular planning and community engagement to clearly identify the future needs and importance of cultural infrastructure, including public art.

Despite the need for policy improvement, Mr Venturi expects there to be a boom in public art in the near future, driven in part by COVID-19 stimulus relief packages aimed at public artists, and an increase in the number of local governments introducing Percent for Art schemes.

The City of Vincent offered grants of up to $10,000 for local artists to create public art in May.

Ms Cole said 16 public artworks had been commissioned since, and the city was considering more funding to create entry points into town centres.

She said the city had set a goal to become the state’s art capital, and had appointed an arts advisory group with people from the creative industries, including Mr Venturi, to guide them.

“It can cause debate and it can be contentious, which is part of art as well, but I think it does tend to capture our character in Vincent and our history.”