Putting a price on loyalty

ASIO needs powers to make sure those formerly employed by government agencies, who now act as lobbyists and consultants with overseas powers, achieve outcomes in Australia’s national interest. 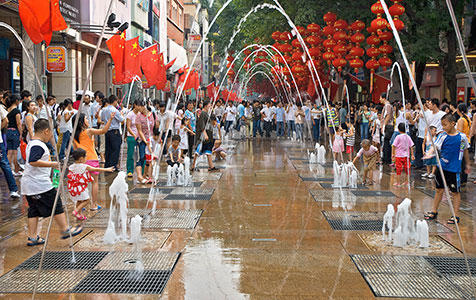 GUANXI: The growing number of Australian consultants to China who have worked in the Australian intelligence, security and diplomatic services raises important counter-intelligence concerns.

ASIO needs powers to make sure those formerly employed by government agencies, who now act as lobbyists and consultants with overseas powers, achieve outcomes in Australia’s national interest.

THERE’S something about the world of espionage that captures the public imagination, making it a popular and lucrative genre for book publishers and movie moguls for decades.

This recently came to mind when several newspapers revealed two cases in which South Korea, for whom many hundreds of Australians died during the 1950-53 Korean War, had circuitously acquired Australian secrets.

Without naming names, two federal government employees – one with the Federal Police, the other with the Australian Bureau of Resource Economics and Sciences – have been dismissed.

One report said the Australian Security Intelligence Organisation (ASIO) had “addressed its concerns about these matters with the relevant intelligence service and believed that the inappropriate activities of the service had ceased.”

Good. Until next time.

Espionage hasn’t been dubbed ‘the second oldest profession’ without reason.

We can be confident such activities will continue, and not only by South Korea’s National Intelligence Service, which was named in these cases.

Both affairs prompted me to think about ways of acquiring valuable information without the fear of being caught by ASIO or any other security agency.

In these South Korean cases the individuals ASIO tracked down were employees of federal government agencies, meaning it was moderately easy to identify them and tap phones, computer communications, watch movements, and generally keep a close eye on things.

However, where the going gets tough is when former Australian politicians, including ex-ministers, and senior public servants (especially those with military, diplomatic, or intelligence backgrounds), retire and become consultants or lobbyists for foreign governments and/or their enterprises.

Soon after Alan Carpenter’s government struck strife, having failed to impose full disclosure regulations upon lobbyists in Western Australia, I was given an article written by a one-time Office of National Assessment analyst, Andrew Campbell, titled: ‘Guanxi and Australian-China consultants – the risk of dual allegiance’.

This path-finding piece made telling reading.

“Many former diplomats who have served in China, returned to Australia and occupied the most senior positions in the Department of Foreign Affairs and Trade, ASIO, and the Office of National Assessments, now operate as commercial and political ‘consultants’ to China or to companies engaged in commercial ventures in China which necessarily require political contacts in Australia and China.

“The concepts of Chinese ‘consultant’, apologist, agent-asset, agent of influence and Chinese intelligence agent have become diffused in Australia.

“This ‘diffusion of boundaries’ is intensified by the increase in the number of Australian consultants to China who have previously worked in the most sensitive areas of Australian intelligence, security and diplomacy.

“This trend raises important counter-intelligence problems should such individuals ever be targeted by the Chinese intelligence services in Australia or abroad.

“Australian governments have formal treaty provisions with the US to ensure that any of its former government officials who work as consultants to foreign powers are subject to law and to the imperatives of transparency and accountability, as in the private sector where corporate responsibility and ethics are a developing issue.

“The likelihood of communist China targeting Australian consultants – leading to the risk of its successfully recruiting assets or agents (witting or unwitting) – logically and legally raises the question: in a time of crisis or emergency, to whom would Australia-China consultants ultimately be loyal — Australia or China?”

Apart from those named in Mr Campbell’s National Observer article (No. 68, Autumn 2), including a one-time foreign minister and former senior naval officer since hired by a large Chinese multinational whose “undoubted loyalty and integrity” he in no way questioned, I can add a retired premier.

This blossoming of Australian consultants, for China especially, prompted Mr Campbell to conclude: “An Australian Foreign Agents Registrations Act will provide ASIO with the necessary legal powers to counter and neutralise Chinese intelligence operations and collection which is targeted against Australian and US defence interests in Australia.

“Australia is the ‘Lucky Country’ – for the Chinese intelligence services – but with ominous implications for US and Australian regional security and, in a crisis or emergency situation, the global security balance.

“The risk of dual allegiance is a national and international security challenge which the Australian government, in consultation with the US administration, must counter by a mandatory AFAR Act.”

When I raised this absence of AFAR legislation with an overseas researcher who recently visited Perth he was surprised our retired politicians and senior public servants have so much unimpeded room for manoeuvre, and added that the two biggest employers of retired American congressmen and/or senior civil servants were principally China, and Saudi Arabia.

Hopefully our present political leaders aren’t dragging their feet on instituting AFAR legislation because they see an opportunity for themselves as consultants upon leaving politics without being required to disclose, as they should, their various activities.