The Perth restaurateur behind The Meatball Bar chain, Gourmet Republik, and Thuggs Fried Chicken and Waffles, is accused of threatening to destroy a man's cafe and put him "in a coffin" over some fruit and vegetables. 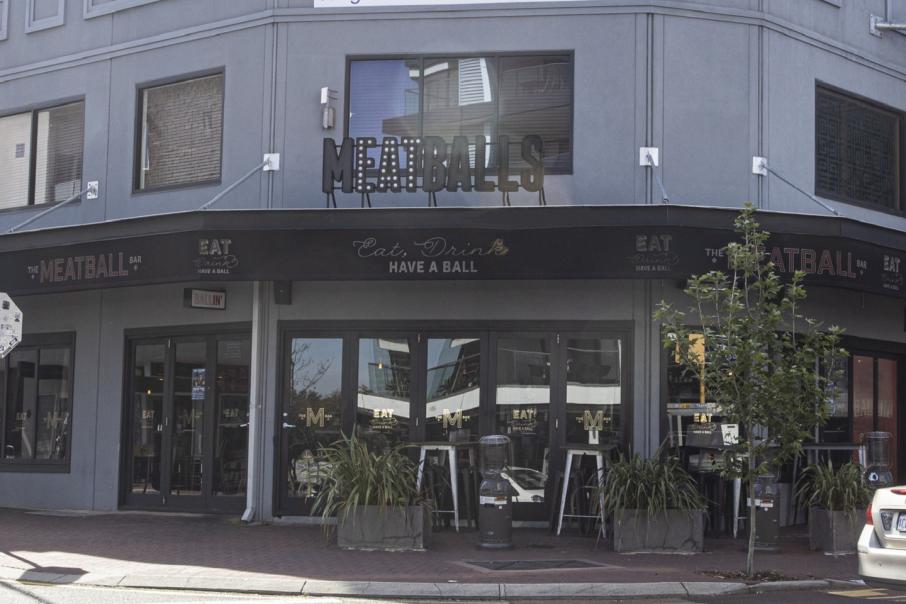 The Perth restaurateur behind The Meatball Bar chain, Gourmet Republik, and Thuggs Fried Chicken and Waffles, is accused of threatening to destroy a man's cafe and put him "in a coffin" over some fruit and vegetables.

Pezzano Enterprises owner Giovanni Pezzano, 41, is on trial in the Western Australian District Court charged with extortion and assault occasioning bodily harm over an incident in July last year.

Bistro 21 general manager Mario Chiametti said Mr Pezzano came to his cafe with a couple of other men and spoke about becoming his fruit and vegetable supplier.

"I said I have my own supplier and I was quite happy," Mr Chiametti testified on Monday.

After Mr Pezzano allegedly poked him in the chest, Mr Chiametti said he warned Mr Pezzano not to touch him.

"I say please leave and then I try to go back to the restaurant because for me the conversation was over," he said.

But another man blocked Mr Chiametti, which led to a stand-off at the door until he agreed to walk with the men.

Mr Chiametti said Mr Pezzano squeezed hard on the muscle between his neck and shoulder, then later gripped his arm, causing a bruise.

Mr Pezzano allegedly threatened to put Mr Chiametti "in a coffin" and said he would "destroy" his business.

Defence counsel Luka Margaretic told the jury his client was a "model citizen" who had never seen the inside of a court room before this incident.

Mr Margaretic asked the jury to consider whether it was plausible that Mr Pezzano, who was making a $2.5 million profit, would go after a cafe over a small amount of fruit and vegetables.

"This is a highly professional business," he said.

Mr Margaretic said it took Mr Chiametti five days to go to police and another day before he saw a doctor.

The Meatball Bar has locations in Leederville, Mt Lawley and Fremantle.

Thuggs Fried Chicken and Waffles is also situated in Leederville.