Pauline Vamos spends a lot of time in the air. 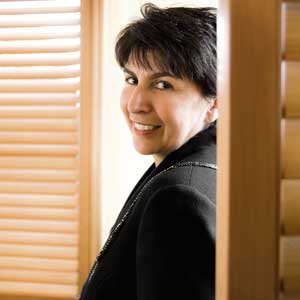 Pauline Vamos spends a lot of time in the air.

THE head of the country's superannuation industry body is based in Sydney and commutes to Perth once a month to stay at her second home in Fremantle.

But Pauline Vamos' time in the air isn't limited to travel. The trained lawyer, who has also worked in insurance, funds management, as a consultant and as a corporate regulator, has an interesting way of combating imposing figures.

"If I have to speak to somebody tall I usually engineer my way towards stairs, and I stand on the stairs," Ms Vamos says. "I've spent many a night standing on stairs."

This month marks Ms Vamos' second anniversary as chief executive of the Association of Superannuation Funds of Australia, an industry group that broadly represents the interests of the country's $1 trillion super industry.

Her journey towards the influential role started four decades ago. Ms Vamos is a self described "£10 Pom" who came to Australia in 1969 aboard the Castel Felice.

After a stop in Fremantle, she eventually made her way to a different but equally well-known port, Newcastle in NSW, where her father worked in multiple roles - from insurance and real estate sales to time as an electrician - to establish the young family in their new country.

"We just had nothing for many, many years," Ms Vamos says.

"He worked hard and he taught me those fundamentals that if you make a mistake you have to own up to it and fix it. If you work hard and do the right thing by people you will get success eventually. If you take a risk, then always know that you may not win.

"I've never been risk adverse for that reason, as long as you know the consequences."

The consequences of heading an industry body that influences people's retirement savings are substantial, to say the least. The members of the association are an interesting bunch, because they include traditional opponents - the commercial and industry funds. Government funds are also represented.

"I get ridiculed, I get ignored and I get lots of push-back but if what you really believe is sound public policy, you have to continue."

Being put in a difficult position is not a new experience.

Ms Vamos has an extensive resume that starts with her recruitment as a graduate into the group superannuation division of industry heavyweight AMP, after having "done every waitressing job in the world" while studying at Sydney's Macquarie University.

She has chaired the board at Canberra-based Australian Ethical Investment, and has sat on the board of Perth-based financial services firm Plan B Group Holdings. She has also worked in key roles at corporate regulator, the Australian Securities and Investments Commission.

"When I joined the regulator it was still a central commission with very strong state based structures," she says, referring to her role as the national project manager of implementation of the managed investments act.

"I was in a national role so I was hated by just about everybody."

Ms Vamos says her experience in super administration, law and compliance and as a regulator led to her securing the chief executive role at the industry body. Part of the deal was that she would spend time in Perth every month, where her partner lives.

"I'm not sector aligned at all," she says. "In any debate you've got to have someone who challenges and I think what I bring is that challenge. I will challenge industry belief, I will challenge the status quo. It's very exhausting."

Ms Vamos says the biggest challenge in her career has been "getting the boat going in the right direction" by having the right people on board.

"You never assume everybody is going with you. And sometimes they haven't because I haven't communicated that vision. I, at too many times, assumed everyone has the same vision as I do. You have to make hard decisions and if you delay those decisions then you've only got yourself to blame."

Your work/life arrangements are interesting. How did that come to be?

"My deal was I was going to spend up to a week in Perth a month when I took the job. That has not happened. But I do come back every month."

What are some of the lessons you have learned during your career?

What did you learn from your time as a private consultant?

"I learned that when you are totally reliant on your own skills and your own experience and your own selling to get your next job, it sharpens you up."

Superannuation trustees can be tough sorts of people. You are not a physically imposing person. How do you deal with that?

"The gruff big bears are very soft underneath. There are some people in the industry who are incredibly passionate about delivering what is best for fund members, and that's a good thing."