A recent move by the federal government to include distillers in a tax rebate scheme for breweries is a step in the right direction, but not a total fix. 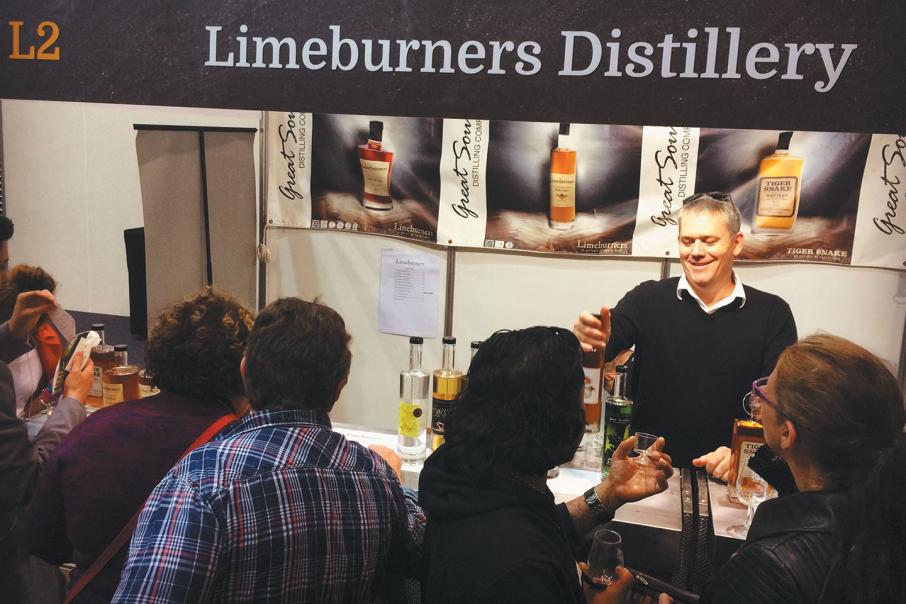 MIXING UP: Different forms of alcohol have different tax treatments, according to Cameron Syme, serving the drinks.

A recent move by the federal government to include distillers in a tax rebate scheme for breweries is a step in the right direction, but not a total fix.

Distillers in Western Australia are calling on the federal government to expand the scope of a recent tax rebate to alleviate the effects of the high alcohol excise paid by producers.

Pure alcohol is taxed at a rate of $81 per litre, meaning a 700-millilitre bottle of 40 per cent gin will carry an excise tax of more than $20.

That excise is stifling investment in the industry, according to Limeburners Distillery founder Cameron Syme, and it has an impact on both international competitiveness and regional employment.

“It (alcohol excise) is a tax on producer, the person who makes the alcohol and it’s done on the basis of trying to deal with social harm,” Mr Syme said.

He said he understood the importance of having policies in place to deal with the social impacts of excess consumption, but added there were some flaws in the structure.

“From that point of view I don’t think it’s achieving the purpose,” Mr Syme said. “(But) probably the biggest issue for us is that we get no rebate.”

For many years, winemakers have benefited from a rebate on the alcohol excise tax they pay of up to $500,000, with the rules being strengthened in the most recent budget to stop businesses being structured to take advantage of the system and the rebate being reduced.

Changes to the wine rebate are expected to raise $300 million, according to the most recent budget, while the extended distilling scheme will cost $9 million.

“That’s great, it’s very symbolic for us to actually get that,” Mr Syme said.

The result of the high tax regime was that Australian distillers were less competitive internationally, investing less in their businesses and employing less people, particularly in the regions, he said.

“We’re jeopardised because ... we’re taxed more at our home market than our competitors are internationally.

Australia currently exports about $200 million of spirits annually, according to budget documents.

Mr Syme, who is also deputy chairman of the Australian Distillers Association, said it would be unlikely that a bigger rebate would reduce the price of spirits; rather, it would improve the investment capability of the industry.

That had happened with the wine equalisation rebate, he said, adding that a further move might be to levy the tax on retailers instead of producers.

There are other discrepancies in the taxation of alcohol.

One is that beer served in a keg is taxed at a different rate to that in a bottle.

Another is that wine is taxed at a rate of 29 per cent on wholesale value, while beer and spirits are taxed on alcohol volume.

Then there’s the alcopops tax, a 70 per cent surcharge on premixed beverages, which some argued led to a move toward consumers mixing their own drinks.