Popularity comes at a price for iconic region 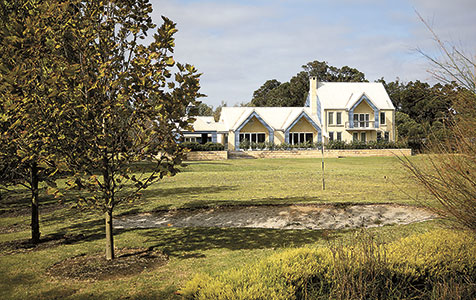 HIGH END: Yallingup’s Cape Lodge is repositioning itself to become a gourmet food and wine retreat with a focus on local producers. Photo: Jem Howard

Ever-growing numbers of food and wine-savvy travellers to the Margaret River region have prompted the operators of Cape Lodge to fine-tune their business focus, but it seems even a thriving tourist market is not immune from challenges.

The renowned luxury hotel is repositioning itself to become a gourmet food and wine retreat by introducing tailored activities for its guests, such as such as farm gate tours to local producers and cooking classes using local ingredients.

“What the luxury travel market is looking for these days is not the glitz and glamour hotel; they’re looking more for experiences rather than a hotel room and a good meal,” Mr Bernhardt said.

“We’ve always had a strong focus on our restaurant and our food and wine, but we haven’t really been providing activities on site or Cape Lodge-specific and exclusive activities for our guests.”

He said the region had become world-class in its infrastructure for food and wine travel.

“Margaret River has definitely got the best wine tourism infrastructure of any wine region in Australia with the amount of vineyard restaurants, cellar doors, art galleries, breweries and chocolate places,” Mr Bernhardt said.

Among the many wineries established in recent years is Aravina Estate, which recently employed Cape Lodge’s executive chef of 15 years, Tony Howell, to run its restaurant.

Cape Lodge has since employed Michael Elfwing as its new executive chef. Originally from Sweden, Mr Elfwing has worked under a number of legendary chefs, including Heston Blumenthal.

Mr Bernhardt said there was an overwhelming response from applicants all over the world wanting to replace Mr Howell.

But not everyone in the Margaret River region is finding it so easy to source good quality staff.

One of the region’s best-known chefs, Stephen Reagan owns and runs Newton House near Busselton.

His background includes five years as Leeuwin Estate’s executive chef until 1991, a time he said in which guests held vastly different expectations to today.

“There was a restaurant at Leeuwin Estate, at Wildwood and Cullen Wines did platters but there wasn’t much else … Margaret River hadn’t quite established itself yet,” Mr Reagan said.

“In the last 15 years the growth has been phenomenal in terms of vineyards and wineries, and I think a lot of the wineries discovered it wasn’t enough to just have wine tasting; people want to do something between 12pm and 3pm, which is eat.

“Now it’s just unbelievable to a point where we (Margaret River) over-cater a little bit during certain periods of the year.”

Mr Reagan told Business News a consequence of the market nearing saturation was the struggle to find staff, especially chefs, for whom the already short supply was worsened by increasing demand from the growing number of restaurants.

“We’ve got a very small pool of people to draw from in an area like this and with so many outlets we’re all looking to grab people,” he said.

“It has to reflect on quality at some point.”

Mr Reagan and his wife bought the then 140-year-old Newton House in 1991 and have forged a reputation for high culinary standards with a dedication to local suppliers.

While Cape Lodge is in a different market, Mr Bernhardt said simple business principles remained the same across all Margaret River venues – quality outlets would prevail.

“Operators that are delivering a good experience and product are doing exceptionally well; it’s maybe some of the others who are maybe not delivering on the standard that may suffer,” he said.