Political ‘animals’ the most equal of all

Tony Abbott has promised a root and branch overhaul of politicians’ travel entitlements; let’s hope he is true to his word. 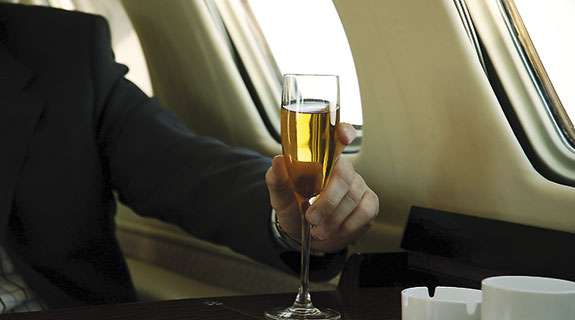 A BIT RICH: Politicians’ use of taxpayer funds for travel is beyond what the public considers acceptable. Photo: iStockphoto

Tony Abbott has promised a root and branch overhaul of politicians’ travel entitlements; let’s hope he is true to his word.

Although the media’s pursuit of Bronwyn Bishop over her now-infamous helicopter ride deflected attention from Labor leader Bill Shorten’s July poll slump, it also exposed the spending habits of several government frontbenchers, much to their chagrin.

It’s now clear why no Liberal MP showed enthusiasm for Joe Hockey’s ‘end of the age of entitlement’ declaration from London in April 2012.

They were too embarrassed about their ongoing access to entitlements that are far beyond the wildest dreams of any voter.

It’s also now become clear that, when Mr Hockey gave his London address, the only cuts he had in mind were to the ‘entitlements’ of the public; not those of the political class, yet again confirming George Orwell’s adage that “All animals are equal, but some animals are more equal than others”.

Only Mr Ruddock is repaying the cost of the Queensland trip to his beachfront apartment.

But he continues to doggedly defend the practice of taxpayer-funded travel for MPs’ families.

Unlike Mrs Bishop, neither Messrs Burke, Pyne nor Hockey resigned from their positions.

That’s how strongly they believe their families deserve taxpayer-funded entitlements.

‘Choppergate’ has so far shown how five of our 226-strong federal parliamentary contingent justify access to ongoing travel benefits for family members.

Understandably, many are wondering how many of the remaining 221 MPs have done likewise.

But since the public lacks easy access to Finance Department files, it’s difficult to know precisely how many.

There is, however, someone with easy access – the head of the Australian National Audit Office. And it was this office, coincidentally, that on June 4 2015 presented a report to the president of the Senate, Stephen Parry, and speaker of the House of Representatives, Mrs Bishop, titled: ‘Administration of Travel Entitlements Provided to Parliamentarians’.

It’s worth noting that June 4 2015 was more than three years after Mr Hockey’s London declaration.

That means he, Prime Minister Tony Abbott, and Finance Minister Mathias Cormann had enough time to readjust politicians’ travel and other benefits for the new era of markedly downsized entitlements that Mr Hockey had foreshadowed back in April 2012.

Yet that never happened.

Worse still, Mr Hockey flew his family to holiday in Perth in April 2013 at taxpayers’ expense, a full year after his London declaration.

And The Sydney Morning Herald has reported: “Hockey claimed 13 trips to Cairns while in opposition, at a cost of $20,000. It happens that the ambassador of austerity owns a farm up there.”

Now, it’s important to be clear on precisely what the audit office’s 208-page report considers.

It didn’t focus on who spent what, when, where and how, or who may have accompanied them, or any additional spending while they were absent from parliament and electorate offices.

As its title suggests, it’s an assessment into how Senator Cormann’s Department of Finance administers politicians’ travel entitlements.

But be warned, those 208 pages aren’t easy reading, since many carry terms and phrases the average taxpayer would be unfamiliar with.

Even so, at pages 19-20 the following is stated: “Parliamentarians rarely chose to provide information that gave any additional insight into the particular purpose of individual instances of travel beyond that broadly indicated by the generic travelling allowance or charter transport entitlement being accessed.

“In the case of travelling allowance, for example, this is notwithstanding that the relevant form provides the capacity to provide additional details.

“Under the existing framework, the provision of such information is not a requirement; and

“The periodic global certification of all entitlement usage in a given six month period remains a voluntary process with variable levels of adherence by parliamentarians.”

And, inexplicably, the requirement for “certification of all entitlement … remains a voluntary process with variable levels of adherence by parliamentarians.” Also interesting.

That’s something I’d expect to find happening in Athens, not Canberra.

Little wonder MPs “rarely chose to provide information that gave any additional insight into the particular purpose of individual instances of travel.”

Clearly that’s what MPs mean when they state their claims were entirely within the rules.

Strange rules to say the least.

Then ensure all taxpayer-funded travel is promptly reported with outlays itemised, after which those details should be presented on a website for 24-7 public access, since the one thing politicians fear most is full disclosure.