Pitch events may make for great theatre or TV, but perhaps they’re not the best way to assess a startup’s true potential. 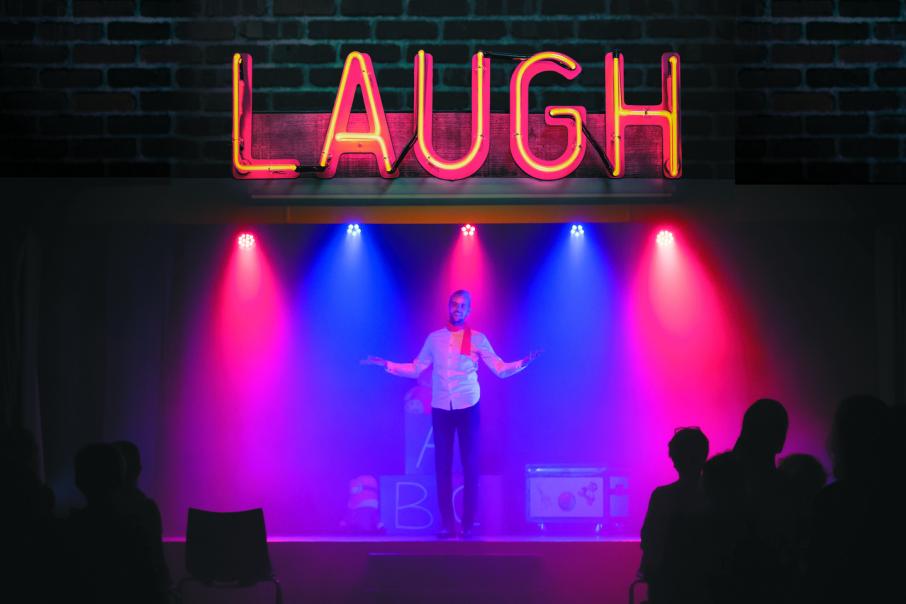 A startup pitch is a bit like stand up routine. Photo: Michel Grolet and Tim Mossholder on Unsplash

I pretty much loathed the (now-cancelled) Shark Tank television show the minute I clapped eyes on it.

Well-heeled investors waiting to cut down some brave entrepreneur’s pitch, delighting when they fumbled their lines, and turning the spectacle into entertainment for the masses felt wrong to me.

Plus, as was not so well known, very few of the so-called ‘deals’ went through on that show.

Often, five or six months had transpired between the time the programs were recorded and their airing on TV.

Over that time, the requisite due diligence had taken place and the sharks had lost interest.

While it’s understood that due diligence is important, it was a little disingenuous for the sharks to be bragging on social media about the great deals they had done on the week a particular show went to air, when the deal was not going through at all.

The whole show was set up to make the ‘talent’ (the sharks) look good. It was all about them.

They were the fixtures.

The plucky entrepreneurs giving it a go were there to be fed to the lions, chewed up and spat out.

For me, the heroes, the talent, were always those willing to put themselves out there; take up a new business idea and pitch it to the world, warts and all, on TV.

Sure, some ideas were a bit silly, and not thought through, but it’s easy to pick holes in an early-stage pitch idea.

How would you have reacted to the very first pitch for Google (‘there are loads of search engines, Yahoo has won’), Facebook (‘social media is crowded, MySpace has won’), Spotify, Netflix, and the rest?

I remember in 1999 when we were setting out on our tech startup journey with aussiehome.com, we had a vision of a map-based property search, online, where anybody could see what properties were for sale or rent, anytime, from anywhere.

Up until then, you had to wait for the weekend papers, and trawl around the home opens to get an idea of what was for sale or rent.

At the time, we were told we were clearly wrong: ‘You’re not from around here, mate, where you come from people can’t drive around and see houses, the traffic is so bad. Here in Perth, we can drive around easily. The internet’s not going to work here.’

The internet’s not going to work in Perth. Right.

I’ve attended more pitch events, been a judge at Startup Weekend, sat at various demo days and angel pitch events, and for me, always, the talent is on the stage, pitching.

A startup pitch is a bit like standup routine.

You’re exposed, in the spotlight for five minutes, and you’re laid bare for everyone to see.

It’s an odd way to assess a business, so why is this the format for fund-raising or startup competitions?

Presumably, as it is theatrical, maybe it’s considered a good way to get access to a lot of startup ideas quickly, and a feel for the founder. But those who sit in judgement must be careful.

Is a five-minute pitch the best way to judge a potential investment?

You could see someone who has a great pitch, beautifully delivered, but a poor business.

Likewise, a brilliant new business, with the next best thing, may come over poorly, a bit nervous, and be no good at the Q&A.

Take the startup founders for a coffee, on neutral ground. Buy the coffee, sit back, and listen.

Ask probing questions, sure, but see how you can help them.

Remember how you were helped along the way when you were first starting out.

Return the favour. It might not make great TV, but an hour spent with a startup founder should be time well spent.