ASX-listed PharmAust’s wholly owned subsidiary, Epichem, has been awarded a US$1.65 million contract extension to provide a leading US biotech firm with its synthetic and medicinal chemistry expertise.

In a recent market update, PharmAust said the extension of the contract until 2020 with US based Unity Biotechnology would see the Perth-based firm continue to provide support on drug discovery projects, aimed at extending the amount of time that people can live disease free.

Epichem provides hi-tech products and services in chemistry and medical research and currently exports to over 33 nations. It has several global pharmaceutical players on its client list and boasts a team of PHDs.

PharmAust Chairman Dr Roger Aston said: “It is exciting that Epichem have secured a meaningful extension to this work with such a leading contributor as Unity. This further demonstrates the significance of the expansion of the laboratory capacity at Epichem”.

In addition to assisting Unity, Epichem is also undertaking research on Pharmaust’s promising anti-cancer drug Monepantel which is slowly but surely ticking a lot of boxes along the path to commercialisation.

The latest update from PharmAust comes after the company successfully managed to reformulate Montepantel after feedback from previous trials that the taste was unpalatable, paving the way for further clinical trials this year.

Substantial shareholders as published in the annual report.
END_OF_DOCUMENT_TOKEN_TO_BE_REPLACED
Powered by Morningstar ® 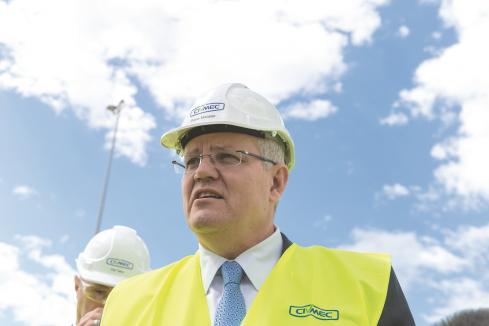