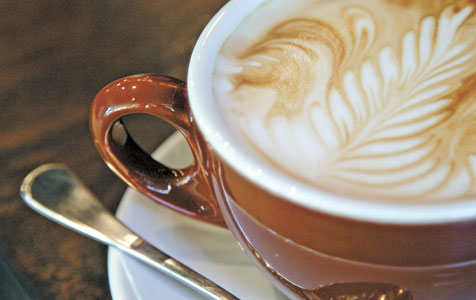 New research has confirmed what Perth coffee drinkers have thought for a while; a hot mug of steaming java in the west is more expensive than any other capital in Australia.

The average takeaway cappuccino in Perth costs $3.89, well above the $3.22 Sydney-siders pay for their morning pick-me-up.

The research comes from coffee machine company Gilkatho, which surveyed more than 1,100 cafes across the country to compile its quarterly Cappuccino Price Index.

The index also revealed it is actually cheaper to sit down and enjoy a cup of coffee in-house in Perth, with the average dine-in cappuccino costing 4 cents less than the average takeaway.

In Sydney, customers will pay an average of 16 cents more to drink their coffee at the café.

Perth prices have dropped 0.05 per cent since the last survey, perhaps an indication of the mounting campaign to bring coffee prices down to a reasonable level.

A number of Perth coffee shops, including The Walk Café in Subiaco and Northbridge’s Café Sun, have advertised coffee at ‘Melbourne prices’ - between $2.50 and $3.50.

Coffee prices have been a hot topic in Perth since Scarborough’s Café Del Piscatore was the subject of a Facebook campaign earlier this month after a customer was charged $7.25 for a mug of cappuccino.

The research, however, showed a fall in bean prices was not the driver behind cheaper coffee.

"What's clear, however, is the fact that what people pay for a coffee has nothing to do with the cost of coffee (beans)," Gilkatho managing director Wayne Fowler said.

"The selling price continues to increase in spite of coffee prices decreasing. This is a pretty good indication that the price of coffee beans tends not to be passed on to the consumer."

The actual price of the coffee component in the average cup is between 17 cents and 22 cents, the report said.