People’s voice deserves to be heard

I met my first left-wingers not long after I’d left the bush to attend university in Perth. The experience was much as I’d been told to expect. 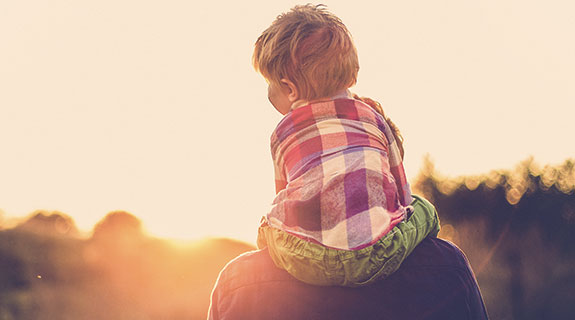 SHIFT: ‘Marriage’ is changing from how it was viewed a few decades ago. Photo: iStockphoto/ AleksandarNakic

I met my first left-wingers not long after I’d left the bush to attend university in Perth. The experience was much as I’d been told to expect.

Not only were they favourably disposed towards Stalinism, they also favoured China’s Mao Tse-tung.

We all know those two political ‘experiments’ ended in millions of deaths.

What I wasn’t warned of was the unexpected things ‘lefties’ detested.

Also among their dislikes was the institution of marriage itself – women and men forming a lifelong union that, more often than not, resulted in the birth and care of children.

Defending marriage was something that could spark a profanity or two, and was often referred to as ‘bourgeois marriage’.

To be called ‘bourgeois’ by lefties was ultimate condemnation, as they considered the institution as ultra-retrograde.

I’ve been recalling such memories because many in the left now hold views diametrically opposed to those I encountered at university.

But whoever expects consistency from that side of politics?

Today’s lefties are driving a nationwide campaign based on American-style lobbying and crusading, pressing for what they call ‘marriage equality’.

This, on their impetuous schedule, is something that should have been legislated yesterday.

They literally can’t wait until, say, after next year’s federal election, when a truly democratic decision, via referendum or plebiscite, could be made.

Suggest that and you’re likely to be subjected to a tirade similar to ones you’d have endured years ago for defending marriage, which lefties then claimed was bourgeois.

It’s primarily because of the left’s 180-degree back-flip on the issue of marriage, from formerly opposing heterosexual marriage to now ardently backing same-sex marriage, that I’ve pondered on how this can be democratically resolved.

Thankfully, eight years ago, while investigating Australia’s early federal constitutional initiatives, I encountered something we’re not taught at school or university.

What I discovered was that the great South Australian radical Liberal, Charles Kingston, while attorney-general, drafted a constitution for the first, the 1891, federal conference.

“No Bill passed by both Houses of the Federal Parliament shall be assented to by the Governor-General until after a referendum, if a referendum shall be duly demanded before assent declared.

“A referendum may be demanded in respect of any Bill passed by both Houses of the Federal Parliament at any time within three calendar months after the passing thereof.

“A referendum may be demanded by:

I) One-third of the total number of members of either House of the Federal Parliament: or

II) Resolution of both Houses of any two local

III) Twenty thousand persons entitled to vote at the election of members to serve in the National Assembly [Senate and House of Representatives].”

For a number of reasons that clause never saw the light of day; but consider carefully Kingston’s truly democratic clause and ponder how different Australia would now be if it had been incorporated into our constitution. Instead, politicians now monopolise the entire legislative process and lockout participation by a voting citizenry.

We’d be like Switzerland, Europe’s only true democracy; for the Swiss share legislative power with their politicians, via Kingston-style constitutionally sanctioned referendums at national, cantonal (state) and communal (shire) levels.

Australia isn’t a democracy because the demos – the people – cannot ultimately decide what the laws of the land shall or shall not be.

Here only politicians have that power – constitutionally bequeathed in 1901 – and they self-servingly tell us Australia is a democracy.

Unlike the Swiss, our colonial political forefathers denied Australians such a right when Kingston’s democratic clause was quietly scrubbed from the 1891 constitutional conference’s agenda, never to be seen again.

So, where do I stand on same-sex marriage?

Let the people decide – let them do so democratically, by referendum.

Don’t leave a decision on the crucially important social contract of marriage, which lefties once despised but now want their version instituted, to the politicians to decide.

May the wisest arguments prevail – democratically.

That said, it’s strange indeed that our conservative parties are moving towards some form (even if not identical to Kingston’s democratic adjudication) on same sex marriage, whereas Bill Shorten-led Labor is shying away.

I say this because a scan of early ALP platforms – 1900 to 1963 – reveals it once favoured utilising referendums to decide outcomes democratically.

That’s a fundamental, indeed, historic, turnaround in outlooks by both sides of Australian politics.

The government’s change of heart may be due to the experiences of Prime Minister Tony Abbott while at university, especially his links to the now-defunct Democratic Labor Party and the late Bartholomew Augustine “Bob” Santamaria.

Next week I review a just-released biography of Mr Santamaria.