Penfolds’ collaboration with a Bordeaux winemaker is the latest step in its luxury branding push. 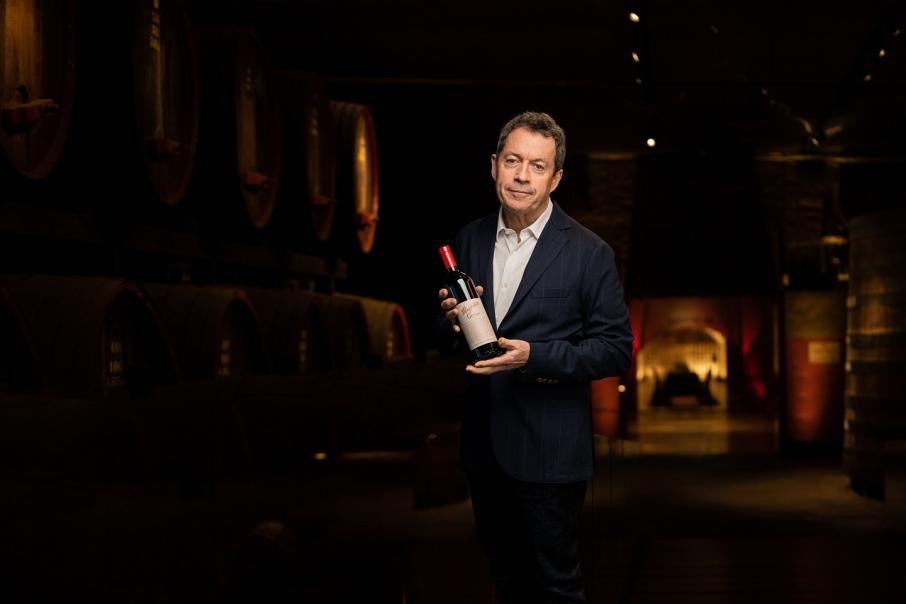 Penfolds’ collaboration with a Bordeaux winemaker is the latest step in its luxury branding push.

Penfolds does things like no other Australian wine company and has done so for years.

Controversial, sure, ground-breaking, you bet.

You might recall a modest little number called Grange that was launched to an unsuspecting wine-drinking public back in the early 1950s, introducing us to a revolutionary Australian wine style based on fully ripe shiraz bathed liberally in 100 per cent new American oak.

But that was just the first of so many different and interesting things that have punctuated the rise of the brand into a global behemoth.

Wines that demonstrate the breadth of winemaking possibilities across regions, mostly with the trademark house style that is Penfolds, make regular appearances.

In the 1960s and ’70s there were regular releases of one-off, almost curios, such as the fabulous 1962 Bin 60A Coonawarra Barossa cabernet shiraz, regarded by those who have been fortunate to taste it as the greatest Australian red wine ever made.

Yes, above even Grange.

More recently there have been initiatives such as a single ampoule of Kalimna Block 42 cabernet sauvignon 2004, which fetched a cool $168,000 for 750 millilitres.

Then there have been the controversial G3, G4 and G5 blends of different vintages of Grange, initially greeted with scepticism by some who believe Grange was being compromised, but which now sell at auction well above their release prices.

And in line with its pursuit to become a global brand in the luxury end of the market, Penfolds releases a genuine Champagne in conjunction with a Champagne House, and then more recently ventured into the US with wines made solely from Californian fruit or blended with fruit from South Australia.

Finally, with the release of the Penfolds Collection for 2022, for the first time in its history Penfolds is releasing red wines showcasing three country-of-origin portfolios– Australian, Californian and the inaugural French release of wines from Bordeaux and South Australia.

It is consistent with what is called the Penfolds house style that follows a mantra to push into premium viticultural regions aligned to its global approach to winemaking.

It has always explored different regions, it’s just that now these regions have pushed beyond our shores.

The release of the Bordeaux wines, led by a wine made in partnership the house of Dourthe Bordeaux, is the most recent part of its global push.

The result is Penfolds II Cabernet Shiraz Merlot 2019, a wine blended and bottled in South Australia by Penfolds.

“This is the start of our French winemaking journey,” Mr Gago said.

“Our main objective is to remain true to the winemaking ethos of both wineries, to deliver the best blend possible, to ideally make Bordeaux and South Australia proud.

“This wine is not about bigness or boldness or assertion. It is blended to convey an ethereal lightness, subtlety on the palate, sensitively binding two hemispheres, old world and new.”

“For us, this was groundbreaking, resulting in a totally original, innovative wine– Penfolds II–which far surpassed all our expectations, while remaining true to the culture and style of our respective countries and houses,” Mr Jestin said.

In addition, a trial bin wine the 2019 Penfolds FWT 585 cabernet sauvignon, merlot and petit verdot, will also be released in August.

It was made by Penfolds senior winemaker Emma Wood at the Cambon la Pelouse winery in the Medoc of Bordeaux.

Penfolds managing director Tom King said Penfolds was building a global ambition not just on paper, but with its feet in vineyards across two hemispheres.

“We are focused on making Penfolds wines from the best winemaking regions globally.

We started this journey with our partnership with Champagne (Thienot), then brought to life a 20-year endeavour with the California wine release,” he said.

“Now we proudly introduce a partnership with a leading Bordeaux winery and reveal our own 2019 Trial Bin wine in France.”

Given its pre-eminent position among Australian wine producers, Penfolds is always going to attract its share of criticism.

But it doesn’t shy from that, which makes it even more admirable.