Rox Resources will start poking holes in its exciting looking portfolio of WA-based gold projects in the northeastern Goldfields next quarter with a view to proving up new mineral resources in the under-explored region. The company already holds 89,000 resource ounces at its Mt Fisher project and confidently expects to grow this with a full revision of historical data and a focussed work program. 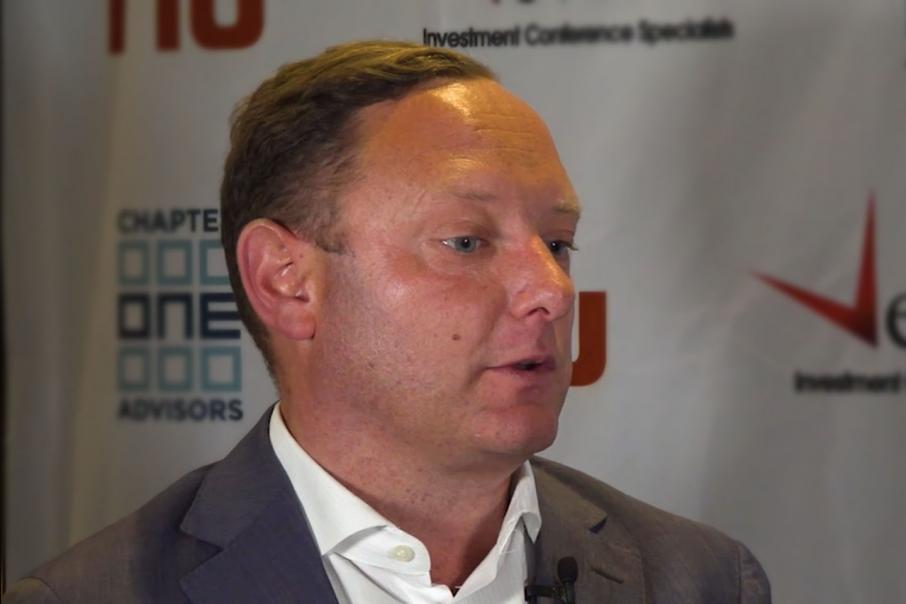 Rox Resources’ new CEO and ex-Patersons Head of Research, Alex Passmore, has reset the clock at his new company, pivoting the junior explorer towards gold, with its 78,000 tonnes of in-ground contained nickel at the Fisher East deposit now effectively tucked away awaiting a bit of a spike in the nickel price.

Historical work by operators such as CRA and Avoca unearthed several disparate gold intersections here, however, the source of the primary mineralisation has so far remained elusive.

The mineralisation appears somewhat analogous to Regis Resources’ lower grade Garden Well discovery and mine that had a total endowment of 3.5 million ounces of gold.

The second major project area at Collurabbie lies directly along strike with both Regis’ Garden Well and Moolart Well deposits but has historically been the focus of nickel exploration, rather than gold.

However, much of the previous drilling for gold at Collurabbie was ineffective owing to a deep masking cover and no clear rationale for targeting the geological structures controlling the mineralisation.

This is all expected to change in April, as Passmore gets the rods turning again, based on a full geochemical and geophysical reassessment of old data from the company’s prospective gold projects. As a former senior analyst at the mining focussed Perth stockbroker Paterson’s Securities, Passmore has no doubt seen an exploration project or two in his time and will be well-placed to eke out a series of solid drill targets for Rox.

The well-funded junior is well endowed with cash too, after selling its minority interest in the Reward zinc project in the Northern Territory to Teck Australia in early 2017 for $15.8m, with another $3.75m dropping into the kitty no later than 2023.

Both the Mt Fisher and Collurabbie projects lie close to the boundary of the ancient Yilgarn Craton and a younger mobile sedimentary zone, where deformation of rock sequences opened up the possibility of migrating hot fluids containing mineralisation such as gold and other metallic commodities.

Important deposits like the 7 million ounce Gruyere gold mine, the 8 million ounce Tropicana resource and the revered Nova-Bollinger nickel-copper-cobalt mine in the Fraser Range, all lie within geological cooee of these important mobile structural zones.

The current thinking from Rox suggests that the Mt Fisher and Collurabbie projects may have also benefitted from their “nearology” to a similar mobile structural belt boundary, located no more than 25km northeast from either project area.

In that sense, gold has become the key focus for the company due to the prospectivity of its ground position, the scalability of the commodity based on anticipated exploration successes and the desire for a near-term cash flow off the back of a positive outlook for gold.

That's not to say that Rox has put the cue away on its substantial suite of nickel resources just yet though. With over $15m already spent on exploration and development at the Fisher East and Collurabbie nickel deposits, Rox can now afford to sit and wait for a sustained rise in the nickel price before committing further funds to these already well-endowed deposits.

The two high-grade nickel resources Rox has already defined are not inconsequential either, with the Fisher East deposit already boasting 4.1 million tonnes grading 1.9% nickel for 78,000 tonnes of metal.

There is also considerable potential to increase the current mineral resources which are mainly classified as indicated, with exploration targets already identified down-dip over 2km of strike at the deposit.

Rox believes that the Fisher East resource has good potential for future commercialisation, as global nickel stocks are predicted to fall into deficit by 2021, with prices then generally expected to rise exponentially to 2025 and eventually flatlining near USD$10 per pound – about USD$22,000 per tonne – by 2028.

By comparison, the nickel price was hovering just above USD$6 per pound this week.

A scoping study completed for the underground mining and processing of the Fisher East ores in October last year was predicated on a nickel price of USD$7.50 per pound and dealt with two potential scenarios – one with the construction of an on-site concentrator and the other as a toll treating arrangement at a nearby operation.

Both scenarios are very sensitive to the prevailing nickel price, with a 20% increase to USD$9 per pound, having a materially positive impact on the project’s economics.

Rox also has widespread nickel-copper-PGM mineralisation and exploratory drill targets over about 15km of strike on multiple different prospective ultramafic rock sequences in the region.

According to management, nickel exploration has been underdone at Collurabbie in the past, despite extensive and high-quality datasets of drilling and geophysics being available over the project area.

Rox is now sitting on the precipice of something pretty interesting in the north-eastern Goldfields of WA, as it comes to grips with the exciting gold potential of its Mt Fisher and Collurabbie projects for the first time.

And with gold sitting comfortably above AUD$1,800 per ounce this week, there’s no time like the present to set the gold hounds running.