Karratha's first small bar owner, Bart Parsons, has realised his dream of opening among the traditional pubs and hotels in the northern town, but it has come with a costly sting in the tail. 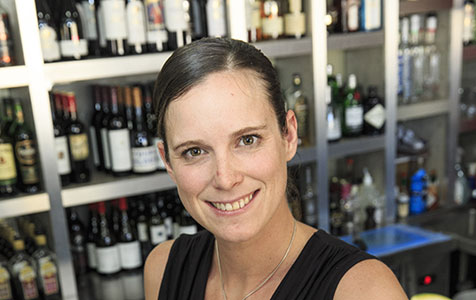 Karratha's first small bar owner, Bart Parsons, has realised his dream of opening among the traditional pubs and hotels in the northern town, but it has come with a costly sting in the tail.

Not long after he moved to Karratha from Perth five years ago, having worked at the Brisbane Hotel and Luxe Bar, Mr Parsons saw the need for a more upmarket venue in the mining and port town.

“The market was pretty clear that it wanted something (different), especially where women could dress up, because they had the dresses and the money to buy those nice sorts of clothes but used to have to wait to go to Perth to use them,” Mr Parsons told Business News.

This week, Mr Parsons celebrated the one-year anniversary of the opening of Blanche Bar, located on the recently redeveloped main street of Karratha at the base of Finbar’s Pelago apartment complex.

It has been a challenging endeavour thanks to nearby construction work, sky-high rents and maintaining staff (whose accommodation costs he subsidises), but the cashed up community of the Pilbara has welcomed having a new place to spend its money on cocktails and tapas-style food.

After years in the planning, Mr Parsons decided to act on his small bar idea when travelling in Paris, taking inspiration from the Blanche rail station sign near the Moulin Rouge. But it wasn’t until Finbar’s Pelago development offered commercial opportunities that he knew he had found his location.

Mr Parsons signed up for an eight-year lease with a five-year option, but despite being one of only two tenants in the largely unlet space and taking a relatively long lease, he could not budge Finbar on costs; until recently, that is, when Mr Parsons started renegotiating his arrangement.

“Finbar went for $750 a square metre and they didn’t back down on anyone, but that’s looking like it’s changing at the moment,” Mr Parsons said.

With an additional $130/sqm for outgoings, the total cost was $880/sqm for the 201sqm site, with annual rent increases part of the contract.

“I’m in the midst of negotiating my lease down because the tenancies next door are all going to be dropped in price. We really need those businesses to be here to complement what we do.”

Despite the possibility of reduced rents to look forward to, Mr Parsons said his other costs remained high. Among these is accommodating his staff in four rental properties, the most expensive of which costs $3,600 a fortnight.

“Staffing by far is the hugest issue. I’ve got 15 staff and I house 12 of them, so the rent for my houses actually costs more than the rent for the business,” he said.

Mr Parsons only hires professional hospitality workers, avoiding backpackers so he can provide his clientele with staff who can be relied upon to make cocktails and wait tables at a high standard.

“I aim for industry professionals, I don’t really aim for anything less than that. People who really do want to be in the industry and love it for what it is,” Mr Parsons said.

“If we get people who are long term and they’re committed, we get a lot more out of them and obviously we don’t have to train people as often if we can keep them.”

“In Perth if your fridge breaks down you’ve got 50 million contractors available to come and fix it. In Karratha it’s not like that,” Ms Ducie told Business News.

“If we run out of meat it takes five days to get it here, then we’ve got to go to Woolworths, which for us isn’t as good a quality as what we get from our suppliers. The cost of freight to get things up here is astronomical and the freight companies can be quite unreliable at times.”

“We’re definitely doing a lot better than some of the surrounding businesses but I think that’s more of a tribute to the fact that we’ve introduced something that’s completely new and we’ve done it very well,” Mr Parsons said.

“I’ve reinvested every cent that we’ve made this year back into the business so we’re not getting any shareholder return anytime soon because we’ve spent probably double what we thought in setting the business up.

“Once they start to fill up this end of town near Pelago I think it will be a huge difference because I think a lot of the growth in town is going to come internally rather than from expansion from large companies for at least the next 12 to 18 months.”