This year’s 40under40 First Amongst Equals, Rachael Ferguson, discusses the resilience of her Perth-founded business during the COVID-19 pandemic. 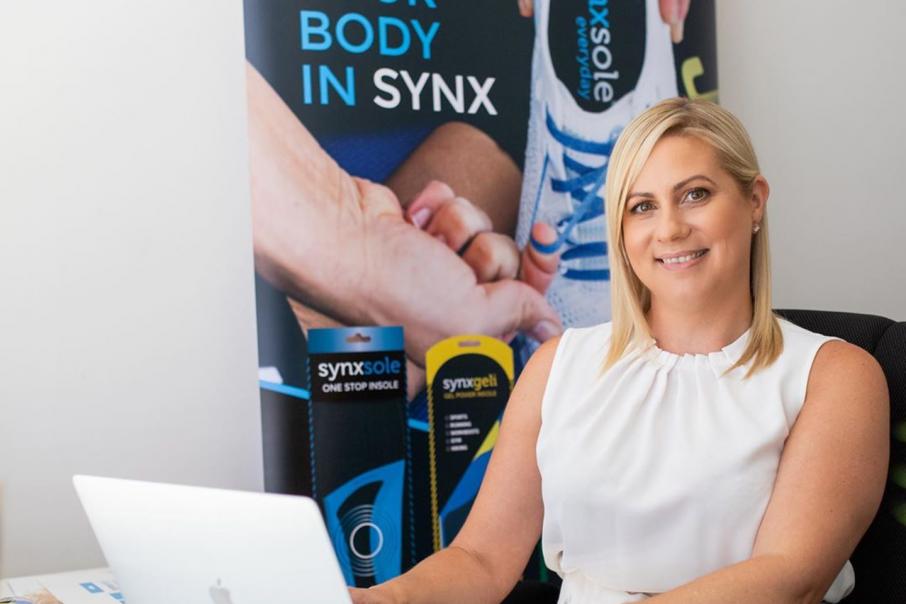 Rachael Ferguson says SynxBody will continue to develop new products whilst planning for a US launch.

Late last year in an interview with Business News, Perth-based entrepreneur Rachael Ferguson optimistically detailed plans to launch her orthotics business, Synxsole, into the US market.

That optimism and those plans were soon reined-in, however, as COVID-19 swept the globe.

But rather than sit back and wait for a return to business as usual, Ms Ferguson recognised the hiatus as an opportunity to grow and restructure the operation.

Among the changes was a six-month rebranding process that resulted (among other things) in a new name, SynxBody.

“It took a lot longer than we thought, but we’re really confident we’ve grown as a brand into who we are,” Ms Ferguson told Business News.

The 2020 First Amongst Equals established Synxsole in 2011 alongside fellow podiatrist Marie Ann Lewis, with the business initially selling insoles products to practitioners.

In 2015, Ms Ferguson made a deal on TV show Shark Tank with Sydney-based businessman Andrew Banks, who invested $100,000 in exchange for 45 per cent ownership. He remains an investor.

The business has since developed four ranges – Synxsole, Syngeli, Synxlace and Synxplus – with 19 products that target a number of foot and body-related concerns.

She said she was frustrated by the high prices for sanitisers and wanted to create affordable products that could also be used beyond the pandemic.

“We think it’s quite different to what we’ve done before; it was a really fun, light-hearted project,” Ms Ferguson said.

“We’ve had some struggles in that we can’t advertise because there are a lot of restrictions on sanitising products, but we’ve found other avenues to get them out there into pharmacies.

“Eventually, we’ll get them to some big buyers as well.”

The business will also introduce two pain relief products under a fifth range, Synxeaze, later in the year, after an earlier planned launch was delayed due to COVID-19.

“We just want to wait until the economy recovers a little bit more before we introduce such a big product,” Ms Ferguson said.

The business, which was scheduled for a US launch in January, has instead maintained an Australian focus during the pandemic.

Ms Ferguson said it was the safest way to get through the uncertain period.

“We pivoted slightly, changed our plans, reduced all our marketing spend and just looked at worst-case scenarios,” she said.

“Fortunately, even though we had a reduction in sales, we were really lucky to have had such a strong first six months.”

Ms Ferguson said SynxBody sales for the first half of FY20 had already exceeded total sales from the prior financial year, giving the business a solid foundation to withstand the impacts of COVID-19 and release new products to the market.

“We had a lot of cash in the bank and had seen a 60 per cent growth rate, but it wasn’t as high as what we’d mapped out.

“But we’ve picked up and we’re growing again.”

Ms Ferguson works alongside a small cohort in the main SynxBody hub based in Perth, in addition to the business’s contractors, which include its graphic design and website teams.

Although she often worked from home prior to the pandemic, Ms Ferguson told Business News she had to learn to adapt to the new environment.

“It’s obviously changed the way I think because it’s not so easy now to jump on a plane and go and fix things if something goes wrong,” she said.

“Every month I’d be flying over to the eastern states at least once, or I’d be going to meetings and travelling in China. Now, I’ve had to get different strategies in place to manage these things.”

Ms Ferguson said despite considering herself a ‘people person’, she nevertheless had worked to improve her online communication skills and follow up on leads with emails and phone calls.

She had also placed a strong focus on selfcare during the pandemic.

“Everything in that first half an hour when I woke up was all about journaling, meditation, exercising, drinking water and eating healthy food.”

For the remainder of the year, SynxBody will focus on its marketing strategy in Australia and growing new lines.

The business has also partnered with Subiaco-based Trilogy Advertising and Marketing to launch a second TV commercial, which will air on Network 10 next month. It replaces a previous commercial that aired in March and will feature the new SynxBody branding and its mission.

“We’re definitely bringing some lightheartedness to it, and I think that’s really important.”

Ms Ferguson said export opportunities and planning for SynxBody’s US launch would resume in November, while the business planned to introduce a further six products by the end of 2021.

“A big part of our growth and why we’ve been successful has been designing and developing new products, and we will continue to do that,” Ms Ferguson said.

This year's First Amongst Equals is also the Western Australian ambassador of Women’s Entrepreneurship & Development Organisation, a global women’s advocacy group that aims to encourage entrepreneurship in females.

Ms Ferguson, as ambassador, is hosting a breakfast at Nic & Kolo cafe in Applecross on November 19. 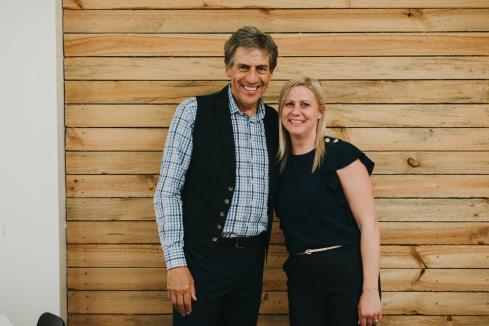