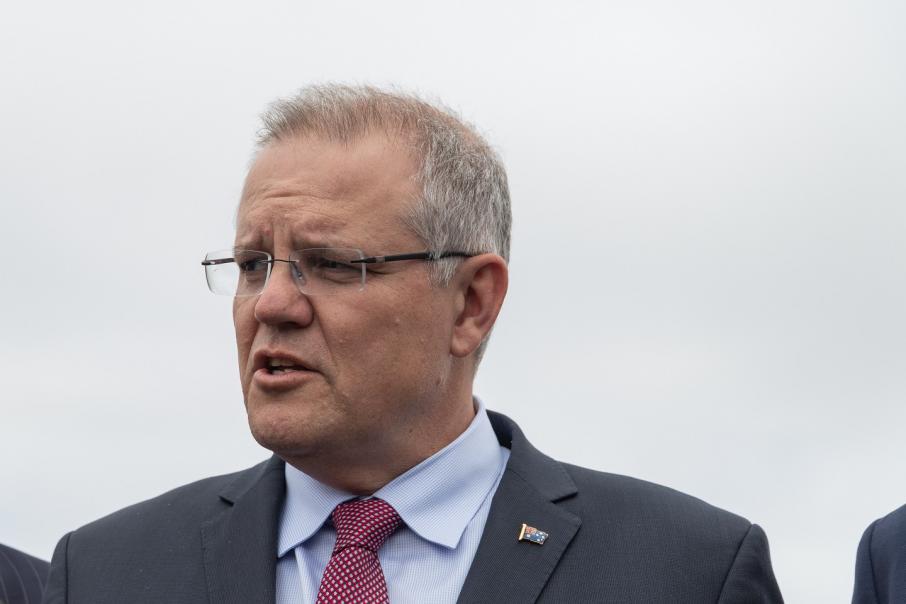 Scott Morrison says the measures must be temporary and accompanied by a fiscal exit strategy. Photo: Gabriel Oliveira

Prime Minister Scott Morrison told business leaders today that its stimulus package to address the impact of coronavirus would be proportionate, targeted, scalable and temporary.

The Australian government is putting the final touches on its stimulus package, expected to be worth as much as $10 billion.

He said the coalition had learned from Labor's response to the global financial crisis, which included large infrastructure projects and other measures that stayed on the books for years.

"The measures must be temporary and accompanied by a fiscal exit strategy," Mr Morrison said of his own plans.

"They cannot be baked into the bottom line for years to come, keeping the budget under water."

Now was the moment of pressure, but it would pass.

"The advice on the scientific front that it is far more likely than not that people can only contract this once means that this is a limited duration," he told reporters in Sydney.

Mr Morrison described the crisis as a "team Australia moment" and told businesses they could help out by paying suppliers promptly and keeping their staff in jobs.

"Hold on to your people because you will need them on the bounce back on the other side. Wherever possible, support them - full-time, part-time, casual - including with paid leave if they need to take time off during the course of the virus," he said.

To that end, Industrial Relations Minister Christian Porter met union and business representatives to gauge the scale of the looming problems, including what can be done for some 3.3 million casual workers without sick leave.

"Different businesses at different points in time are going to find that they're either going to have so much demand and they can't meet up with a workforce who might be isolated or unwell at any given point in time," he told reporters.

"Other businesses are going to find that the demand for their product, whether that's in tourism or other sectors has just dropped away and they've got a surplus of people that they would usually employ to provide that service."

ACTU secretary Sally McManus said giving people leave had to be the first priority and there had been encouraging signs from big business.

But she said the government had to play a role in supporting workers, contractors and small businesses.

Business Council of Australia head Tim Reed doesn't anticipate a large wave of unemployment, but called for the government to waive the usual waiting period for welfare benefits for anyone who was laid off because of the virus.

Treasurer Josh Frydenberg confirmed the government was no longer focused on its promised surplus but Finance Minister Mathias Cormann said there would be no "indiscriminate cash splash".

Labor accused the government of adding to Australians' anxieties by sending mixed messages over the economy.

"(Mr Morrison) tries to argue simultaneously that this will be bigger than the global financial crisis at the exact same time as he argues that a smaller policy response is warranted," shadow treasurer Jim Chalmers told reporters.