Ounce to the tonne gold for Great Southern near Laverton

Great Southern Mining has scored a major hit from its maiden exploration program at its Cox’s find deposit, 70km north of Laverton in WA, delivering an ounce to the tonne drill intersection over 5m. Within the 5m intersection there was also an ultra-high-grade section going 143.0g/t gold over a metre. 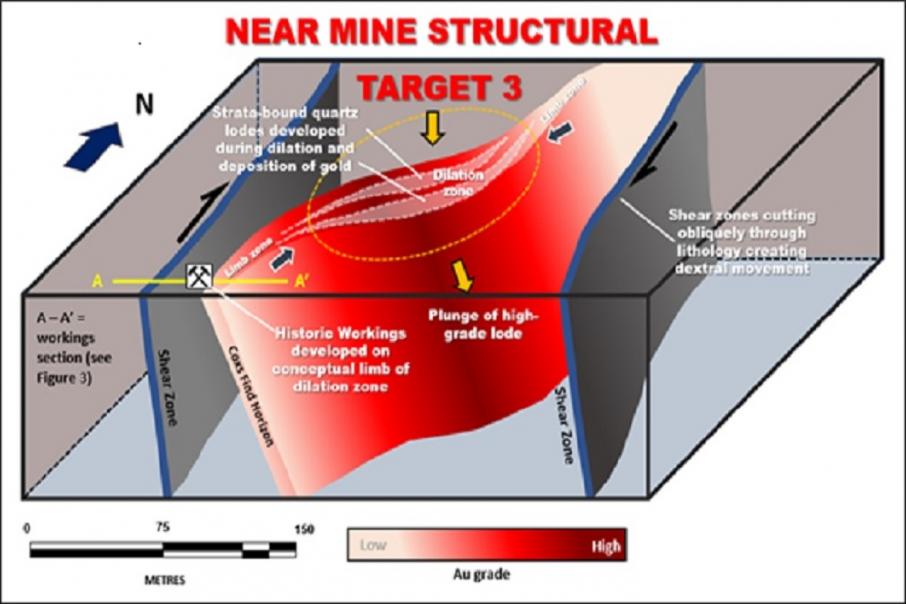 Great Southern Mining has scored a major hit from its maiden exploration program at the Cox’s Find project near Laverton in WA, delivering a stellar, ounce to the tonne drill intersection over 5m from 134m. The 5m intersection also included an ultra-high grade 1m section going 143.0g/t.  The drill results are from unmined historical development panels at the now mothballed underground mine between 130m and 170m below surface.

The intersections appear to validate the historical mining output from the glory days when Western Mining pulled out 107,000 tonnes going 22 grams per tonne gold in adjacent workings during the 1930’s and 1940’s.

This is an outstanding result for Great Southern at its Cox’s Find deposit that is located along strike and only 20km south of the Regis Resources operated, multi-million-ounce Garden Well gold mine.

Great Southern Mining Chairman, John Terpu said: “We have achieved our goal of confirming the presence of remnant historical ore and now have a better understanding of the geology.  A robust geological model has been developed utilizing all the recent drilling, geological mapping and new geophysical data.”

“This work has assisted in defining our step out drill targets around Cox’s Find and supported the potential of untested near-mine extensions of the current deposit.  The Company looks forward to progressing our exploration on these targets early this year.”

Management said that multiple high-priority structural targets have now been identified adjacent to Cox’s Find where the company has an estimated exploration target of between 260,000 and 480,000 tonnes with a grade range of between 15-25g/t gold.

The cluster of conceptual exploration targets are analogous to the gold-bearing reef geological model proposed by the company for the Cox’s Find deposit.  The shear zone trend is interpreted to extend northwards from the old pit at Cox’s Find however the company said further exploration is required to test the exploration model.

Statutory approval has been received for an expanded exploration program of geochemical auger and drilling around these anomalies which will commence shortly, according to Great Southern.  These exceptionally good drill hole intersections bode well for the company as it looks to convert an exploration model into gold exploration drilling success.