One percenters make a difference 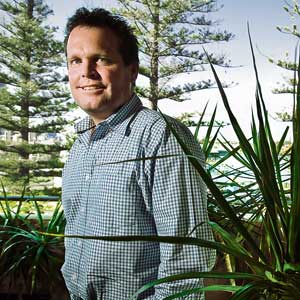 GETTING THE MESSAGE OUT: TONY HERBERT SAYS THE ASSOCIATION IS HOPING TO ATTRACT MORE CORPORATE SUPPORT FOR ITS NEXT PROJECT. PHOTO: GRANT CURRALL

So the people organising a team of 14 professionals, almost all from the financial services industry, to go on a 15-day humanitarian mission to Cambodia earlier this year, started discussing other avenues to further their work.

"We tried to rope in the accountant next door and I tell you, the original application to become an NGO was frightening; it was about an inch thick," said Mr Herbert, director at Mount Pleasant-based Tag Finance Australia.

"There are all these levels of bureaucracy; I can understand why, but for what we wanted to do it was too difficult. We are a group of businesses that can't afford the amount of time that maybe a charity can that runs 365 days a year, so we decided to do our bit through the course of the year, raising funds, pooling it in an association and then deciding where to place those funds."

The Humanitarian 1 Percent - so-named after about 1 per cent of people informed about the group's expedition to Cambodia got involved - was spun-out of the trip. It is in the final stages of becoming an incorporated association, after starting the process in March.

The goal of the association is to have an annual expedition, where self-funded volunteers partner with charitable organisations. In Cambodia, volunteers worked with not-for-profit Habitat for Humanity to build homes, and fundraise for other causes.

With the idea of creating an NGO now buried under paperwork, the drivers of The Humanitarian 1 Percent are seeking to ensure the association survives long-term.

The plan for its survival somewhat mirrors the Tag business, where the broking part of the business partners with institutions for mortgage products.

Mr Herbert said the humanitarian association needed to get the corporates involved to raise money.

"We don't want it to fizzle out after a couple of years," he said.

A handful of businesses are already supporting the idea, with sponsorship money used earlier this year to take along a professional to document the Cambodian trip on tape, for use as a future promotion and awareness-building tool.

The ideas behind the house-building project should have a corporate appeal. In keeping with the micro-loan wave that has influenced numerous charitable projects, the owners of Habitat for Humanity-built houses take out a low-interest loan that they repay.

The houses cost roughly $5,000 and the new owners borrow the funds at a rate of about 1 per cent. So the projects are a leg-up rather than a handout.

The Humanitarian 1 Percent would like to open next year's return trip to people outside of the financial services sector - this year Richard Bennett of Magic Nissan was the only one - but without a high profile, volunteers at the association are recruited through business and friend networks.

Mr Herbert said the attraction of setting up an association was that he would know exactly how the money was spent.

"We physically went out and bought pads, pencils, rubbers and delivered them to schools in Cambodia and handed them out," Mr Herbert said.

"Often you feel that when you give money you don't know where it goes. We realise how difficult it is to establish a charity, and that's why we've become an association where we can align ourselves with someone who does have the collector's licence ... therefore we can raise the funds and we can pass those funds on."