On a hiding to nothing with China

What does the Chinese leadership’s tough line on the West mean for Australian business? 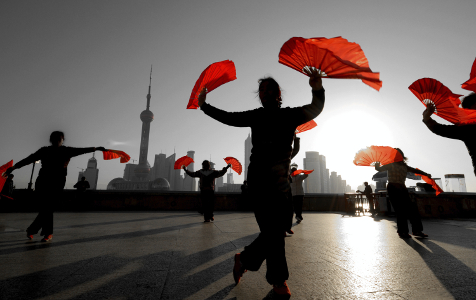 What does the Chinese leadership’s tough line on the West mean for Australian business?

The media frequently reports statements by some high-profile Australian businesspeople in which they implore Australians to support closer political and economic ties with Beijing.

What they can’t grasp is that communist China’s entrenched leadership simply won’t countenance the emergence of an open civil society.

In the hope of obtaining a copy of this authoritarian edict, I emailed a contact who’s fully abreast of developments there and reads Chinese and English language reports daily.

“I don’t think a full text would be available by any legal means; it’s supposed to be a confidential internal document,” he replied.

We do know, however, that the Xi presidency comes with a new and still-officially secret nationwide disciplinary code and that it is obsessively anti-Western in nature.

For example, one Beijing-based foreign correspondent, when recently referring to President Xi, wrote: “Leaks from Beijing make it clear there is an unyielding ruler behind the smiles.”

That correspondent, who’d been tipped off that such a code existed and saw some of its content, continued: “It tells officials they must ‘completely understand the harm of viewpoints and theories propagated by the West’ and emphasises the need for China to ‘stand up against the West’ by becoming rich and strong.

“The communist faithful are exhorted to strengthen their leadership, to be ‘relentless’ in political guidance and to ‘use battlefield tactics’ to defeat liberals and dissidents.”

So, although the full text isn’t available to curious outsider eyes, we know it contains what are dubbed seven ‘evil subjects’ or ‘speak nots’.

These are: universal values; Western ideas of the freedom of the press; civil society; civic rights; historical mistakes of the Communist Party; crony networks; and judicial independence.

Numbers one to four, plus seven, mean the world can forget about seeing China’s Marxist-Leninist order, created by that megalomaniac Mao Tse-tung after 1949, being transformed to vaguely resemble a tolerant system.

In a nutshell, that’s what those five ‘speak nots’ unambiguously contend.

That’s another way of saying those seeking pluralism in China can’t expect much to change.

Equally significant is the fact that those five ‘evil subjects’ show President Xi and his wealthy senior level party allies have utter contempt for anything Western – which includes Australia.

During the 2011 Boao Forum in Perth, among other things, Mr Stokes said: “As important as we are to China, China does have other choices. Australia has none.

“If we don’t integrate our cultures and become closer and accept the Chinese, then it will be to our peril.”

That’s a big call, suggesting we “integrate our cultures” and have no “other choices”.

Where’s such myopic thinking coming from?

The best response I’ve encountered to this kind of thinking was by American historian Edward Luttwak, who during a recent Sydney conference heard billionaire James Packer of Crown Casino fame singing from the same songbook.

“Packer should shut up … because if a country as prosperous as Australia has to compromise its values for the sake of business then what is it that we can ask of poorer countries?” Dr Luttwak said.

What of President Xi’s fifth ‘speak not’, banning references to historical mistakes of the Communist Party?

This, undoubtedly, refers primarily to what’s known as Mao’s Great Leap Forward, his nationwide push to communise China’s peasantry – a collectivist campaign that quickly turned into famine during 1958 to 1962.

Even though this happened more than 50 years ago, it’s clear Mao’s successors, including President Xi, deeply fear even whispers about their ideological founder’s major man-made disaster.

On that, however, President Xi and his billionaire party colleagues – whose families and crony network capitalistic relatives have reaped huge fortunes via insider runs into acquiring business empires – the cat is well and truly out of the bag.

That spoiler came last year in the form of Tombstone: The Untold Story of Mao’s Great Famine, by Yang Jisheng. Chinese and English editions of this definitive account of Mao’s famine are now available in Hong Kong.

Over many years, journalist Yang Jisheng accessed provincial and other archives and interviewed scores of survivors.

Expert estimates put deaths due to ‘unnatural causes’ between 24 million and 29 million.

By adding birth shortfalls this rises a further 30 million, meaning total population losses were 60 million between 1958 and 1962.

Clearly some Australian billionaires seem to read little beyond their bottom lines, meaning they’re out of their depth whenever pontificating about China at business conferences.