Graham Hardie is continuing to evolve his entertainment empire after nearly four decades in Northbridge hospitality. 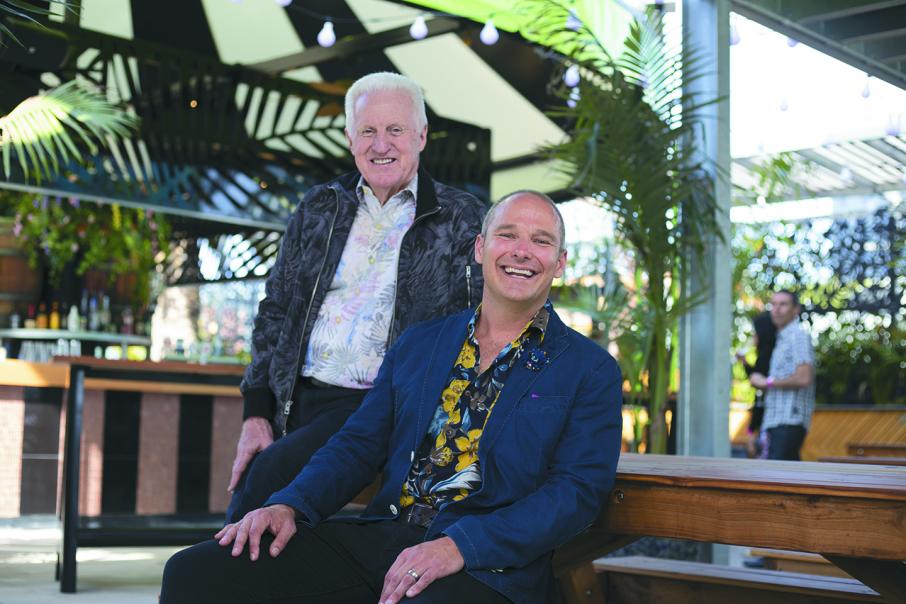 Graham Hardie is continuing to evolve his entertainment empire after nearly four decades in Northbridge hospitality.

Instead, Mr Hardie seemed right at home mingling with stylish 20-somethings while acclaimed DJ Beryl Streep pumped out lively tunes to commemorate the opening of Coconut Grove – a tropical-themed bar that has emerged from the shell of the old Varga Lounge on James Street, having sat vacant for more than a decade.

The venue is the latest chapter in Mr Hardie’s Northbridge hospitality story, a tale that began in 1979 when he opened the Eagle One nightclub on the corner of James and Lake streets.

Since then, Mr Hardie has been involved in more than 30 venues, including Perth nightlife icons Arcadia, Underground, and Bill’s Nightclub.

Last year, Entertainment Enterprises sold The Library in a deal worth $4.6 million, concluding 34 years of ownership of the Lake Street nightclub, which began life as Hannibal’s.

Mr Hardie, the principal of development group Hardie Finance Corporation and a non-executive director of Peel Mining, told Business News he initially got into hospitality through his property investments.

And once he opened that first club with business partner Bill Oddy, he knew he was hooked.

“The hospitality industry is the only industry where everyone goes out to enjoy themselves,” Mr Hardie said.

“Everyone comes out and they’re here for a good time, there is no adverse feeling, and that’s why I like the industry more than anything else.”

Mr Hardie’s status as one of the city’s most experienced publicans means he’s seen a lot of change in Perth nightlife, the most dramatic of which has occurred in recent years with the introduction and influx of small bar licences.

“The transition from having large venues to multitudes of small bars changed the whole dynamic,” Mr Hardie told Business News.

“I’ve been in Northbridge since 1979; it was fantastic for a number of years, but the late 1990s and (early) 2000s were very much a static period with a bad reputation.

“But all of a sudden in the last couple of years, with all of the apartments, residential construction and small bars around the place, the whole persona of Northbridge has changed dramatically.”

While Mr Hardie hasn’t jumped on the small bar bandwagon, Entertainment Enterprises has been a driving force behind Perth’s pop-up bar phenomenon.

The company provides the land necessary to operate The Ice Cream Factory, which sets up in summer adjacent to Coconut Grove and the Paramount nightclub, a property Mr Hardie owns, but leases to another operator.

“Young people nowadays have a different concept about where they want to go and be entertained, and primarily they like change,” Mr Hardie said.

“Social media dictates where they go and what they do, therefore we’ve moved with the times with the Ice Cream Factory pop-up.

“Because I’ve been a bricks-and-mortar person, I didn’t win any friends in the hospitality industry by introducing a pop-up, but what it did was completely rejuvenate Northbridge – when Ice Cream Factory came here, Paramount took off.”

He said Coconut Grove, which has a capacity of 700, was designed to provide guests a unique experience through entertainment as well as a dynamic drinks offering, which includes partnerships with craft breweries Pirate Life and 4 Pines Beer.

“You’ve got to have a big enough reason to get people off the couch and to look up from their iPads.

“It’s a very event-driven market now. Everything is available at home through Uber eats to liquor deliveries at home, so you have to have a damn good prospect to get people out of the house first.