They say that the locals never miss a trick and for small-scale surface artisanal miners and alluvial gold hunters busily working away under the hot African sun, all that effort needs to be worth the reward in the end.

And so it is in the underexplored, but gold-rich, north-eastern corner of the Democratic Republic of the Congo, or the “DRC”, that is surrounded by numerous multi-million ounce mines, in addition to a plethora of “anthills” dug by local artisanal miners trying to strike it rich at the surface.

Against this backdrop, small-cap gold explorer, Okapi Resources, appears to have landed a big fish, securing an option to earn an initial 50% equity holding in the undeveloped Tendao gold project, located in this region of the DRC.

Tendao is situated in the highly endowed Kilo-Moto greenstone belt that is studded with many operating gold mines, including Barrick Gold’s world-class Kibali gold project that is less than 100km to the southeast, holding a JORC-compliant measured and indicated mineral resource base of 13 million ounces.

Okapi’s new Tendao project is within a north-easterly striking mineralisation trend in the district, which also includes the large Giro and Moku gold deposits.

Management said that seven priority gold targets had been defined at Tendao, from the interpretation of an 8,000-line kilometre heliborne geophysical survey completed over the area seven years ago.

Several walk-up targets were also delineated by the previous owners of the ground, including giants Barrick and Anglo American, with drilling programs planned to kick off as soon as is practicable, according to the company.

Okapi Chairman Klaus Eckhof said: “Randgold previously called this area ‘the world’s hottest gold exploration ground’ and I am pleased to again be involved in this world-class gold district.”

“We will undertake an aggressive exploration program over the short-term to fully test and hopefully define significant resources at the project and move from explorer to producer.”

Management said that Tendao was first mined in the early 1900s and recorded shallow historical drilling intercepts up to 0.4 metres grading 43.3g/t gold from 9.4m down-hole, in work completed between 1949 and 1951.

Those programs also recorded results like 2m @ 15.8g/t gold from 100m, which gives some idea of the latent prospectivity of Tendao.

The company can earn its initial 50% share in the five licences covering 1,400 square kilometres by paying current owner Wanga Mining Company USD$7.5m in several tranches and issuing Okapi shares on the achievement of certain project milestones.

Perhaps reinforcing the district’s greater potential, Okapi said that 90% of all the gold ever produced in the DRC, has come from Kilo-Moto gold belt.

Barrick acquired exploration rights over most of the gold belt in a JV with the then Government of Zaïre controlled Offices, des Mines d'Or de Kilo-Moto, or “OKIMO”, in 1996 and quickly defined a significant gold-in-soil anomaly over what became the massive Kibali deposit.

Kibali is now a JV between Barrick Gold and Anglo American, who hold 45% each, with the remaining 10% owned by Congolese government-owned entity, SOKIMO.

The geological setting of Okapi’s Tendao gold project is not dissimilar to the Kibali mine setting but has had considerably less attention paid to it over the last 20 years or so.

A processing plant operated at the historical, small-scale, Tendao gold mine from 1926 to 1956, where six shallow open pits were excavated to about 25m depth.

This area is among the seven priority targets interpreted by SRK Exploration from the heliborne geophysical survey work completed for Wanga Mining in May 2012.

Okapi said that its option to secure an initial 50% holding in the Tendao project represents an advanced play that could be quickly developed into the lead asset in its growing gold portfolio.

Elsewhere, the company has also entered into a JV agreement to earn up to a 70% interest in the Mambasa gold project, situated about 250km south of Tendao.

Over 100 million ounces of gold has been defined in that region of Tanzania over the last 10 years and the similarities with Mambasa have the company all fired up to evaluate its ground package at the project further.

The project area is located just 4km south of the historical Mt Dockrell gold mine and contains numerous undeveloped gold prospects with associated copper mineralisation and the surrounding district is also considered prospective for silver and base metals like lead and zinc.

Copper and gold have been mined from small pits and shafts over a strike length of approximately 600m in the region, with a maximum recorded depth of 20m at Irish Lass, which, although outside Okapi’s ground, lies in the same host rock sequences as Crackerjack.

A total of 592 tonnes of ore with a recovered grade of 29.4g/t gold was reported as being treated from Irish Lass historically, for a return of 560 ounces of gold.

That structure continues for at least 300m of strike and requires follow up investigation.

Okapi plans to thoroughly assess the gold potential of the Crackerjack licence with geological mapping, surface trenching and further rock chip sampling and then a drilling program if warranted.

For now though, it appears that the company will be fully occupied in Africa, as it starts to come to terms with the exciting opportunities presented by the potential company-making Tendao and Mambasa gold projects in the DRC.

A cashed-up Okapi is now primed for growth with its portfolio of prospective ground holdings and with a team of Board members that boast a pretty decent record of success in both the DRC and WA, this could rapidly develop into an interesting story.

Substantial shareholders as published in the annual report.
END_OF_DOCUMENT_TOKEN_TO_BE_REPLACED
Powered by Morningstar ® 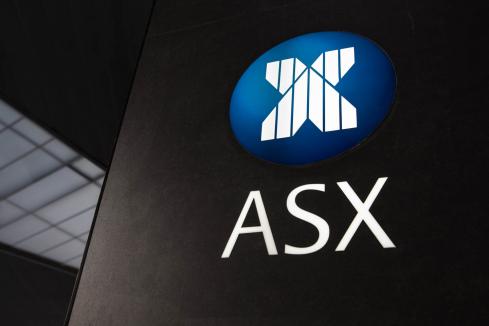 Juniors in $26m of deals