Oakdale on target with Nevada gold

Oakdale Resources looks to have hit the mark in Nevada with diamond drilling intersecting a broad breccia target at its Lambarson Canyon gold project. The drill bit has chewed through a structural quartz breccia that is recognised as hosting high-grade gold with previous surface sampling yielding assays of more than 61 g/t gold. 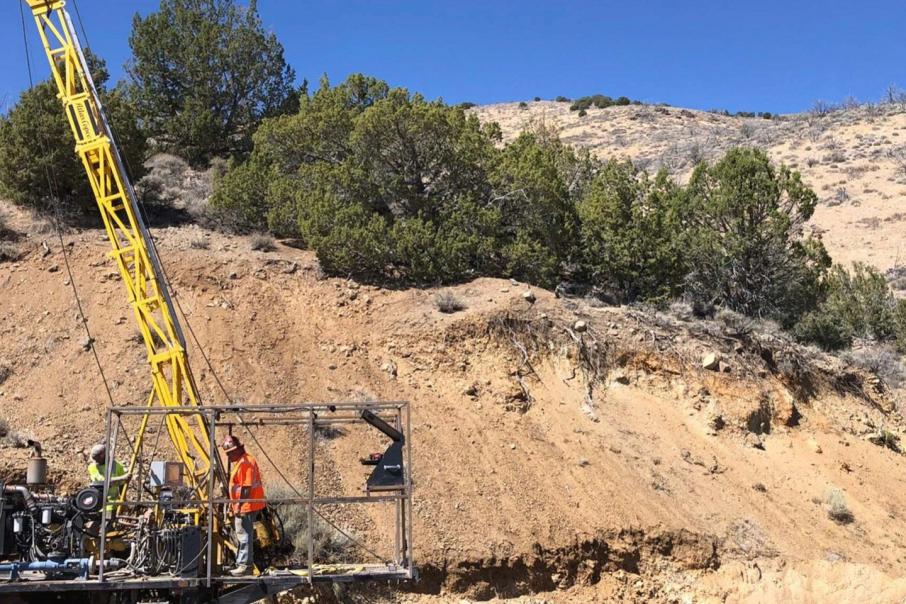 Oakdale Resources looks to have hit the mark in Nevada with its diamond drill chewing through a broad quartz breccia zone at its Lambarson Canyon gold project. The drill bit successfully intersected a targeted structural breccia from just 60m down-hole. This particular auriferous unit is recognised as hosting high-grade gold at surface, with previous sampling yielding assays of more than 61 g/t gold.

Perhaps fortuitously, the company also uncovered several new zones of potentially gold-bearing stratigraphy during the construction of the access roads and drill pads for the current program. These new finds hint at the possibility of the gold mineralisation at Lambarson being more widespread than was previously recognised.

The Lambarson Canyon project is located in central Nevada, ranked by internationally recognised research body The Fraser Institute as one of the world’s best mining jurisdictions and host to a wealth of world-class gold deposits. Oakdale said the state contributes around 74 per cent of total annual gold production in the United States.

The company’s Lambarson tenure is situated around 170km north-east of Reno and covers part of the revered Getchell-Comstock Gold Trend. The terrane surrounding the project hosts a number of exceptional, sediment-hosted gold deposits including the 14 million-ounce Groundrush deposit and the 5 million-ounce Marigold deposit.

Oakdale’s maiden drill program at Lambarson is the culmination of a detailed targeting exercise and historical review with subsequent first-pass exploration discovering a series of old shafts and diggings. Some of the resulting sample assays returned grades up to 61.6 g/t gold or close to two ounces to the tonne.

The company has since completed channel sampling along strike from the artisanal gold workings which yielded auriferous results of up to 3m at 6.97 g/t gold.

A preliminary examination of the new drill core shows all of the expected rock types, sediments in contact with an intrusive porphyry unit and, importantly, a ‘milled’ quartz breccia zone that correlates to the gold mineralisation discovered at surface.

While it is still early stage, given the breccia is sitting within a broad zone of fractured rock that starts at less than 60m downhole, and with some impressive grades at surface, the initial results are certainly looking promising.

Diamond drill hole LCD-01 is planned to extend to 250m depth, testing a broad zone of potentially mineralised stratigraphy – this drill hole is expected to be completed later this week.

Once the rig has finished LCD-01 it will move into the southern tenement area where an IP geophysical survey has highlighted a large deep, blind target, that shows the potential to host a significant ore system. The company has planned up to four additional drill holes to test this new target.

Oakdale looks to be on a winner as it kicks off exploration in Nevada with a good-looking set of drill core samples heading to lab and with even the site-preparation team turning up auriferous rocks the company is off to a flying start in its hunt for US gold.