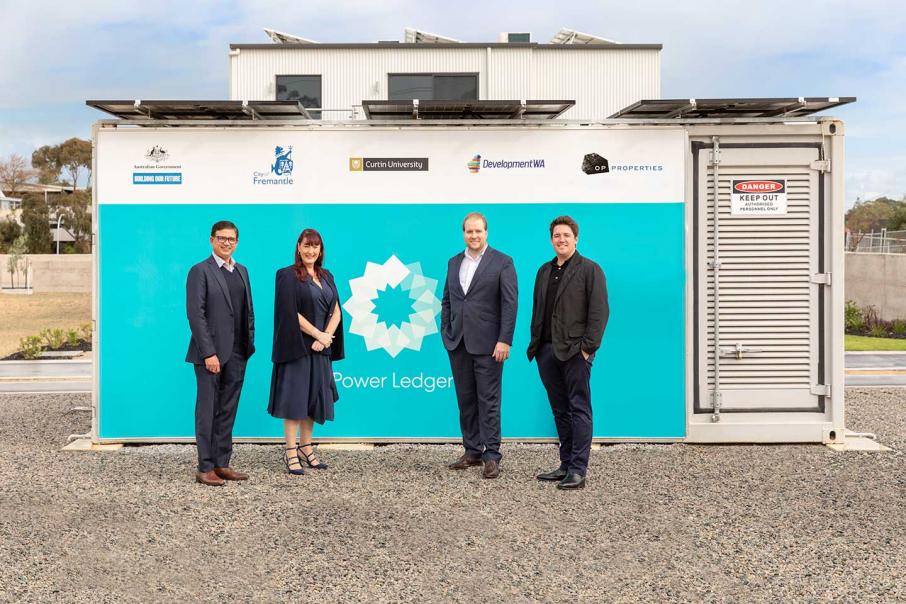 Company co-founder Luke Parker says it has long had a reputation as a leading property consultancy focusing on built form superintendency, project and development management.

However, Montreal Commons is a deliberate further expansion of their own apartment property development activities following the acquisition of an established residential rental portfolio in late 2019. As Mr Parker explains, this strategic growth direction has been further supported by the recent appointment of non-executive board member Evan Campbell, a highly respected apartment development executive who has overseen the delivery of over 60 projects or about 3,000 apartments and houses nationally.

Mr Campbell says: “Despite the economic headwinds over the years OP Properties has continued to grow from strength to strength and I’m thrilled to be appointed to their board to contribute to their strategic growth plans.”

Montreal Commons is located within the DevelopmentWA East Knutsford precinct in a leafy semi-industrial residential area opposite parkland just 1.5 kms from Fremantle’s centre. The precinct is a national leader in sustainable design and incorporates unique features like a communal bore for landscape irrigation and a 670KW on-site battery storage facility.

It is the second lot to be developed as part of DevelopmentWA’s East Village at Knutsford Mixed-Use Precinct, which is a former industrial site in Fremantle.

“This development will build on the many lessons we have learnt from other landmark DevelopmentWA projects, including WGV at White Gum Valley – WA’s first ‘One Planet Community’.”

Obtaining 100 per cent sustainably sourced power will mean that Montreal Commons will produce about 240 tonnes less carbon emissions a year, or about 6 tonnes per apartment.

Mr Parker says the Commons is exceptional too, in that it not only delivers ‘green’ living, but owners reap a financial benefit rather than a cost from their sustainable lifestyle. That benefit is a 50 percent offset on their strata levies, meaning owners effectively get annual dividend of about $850 for owning a carbon neutral apartment.

Under the scheme, OP Properties will buy and install a rooftop solar system, ensuring apartment owners incur no debt nor have to ‘pay-back’ the infrastructure, which is often the case in many other apartment developments.

The ownership and full benefits of the system will then be handed to the future strata company rather than individual apartment owners. This means the owners reap the financial reward equitably, even if the property is tenanted.

“We are in a competitive market and our goal from the outset has been to produce low carbon living with a financial benefit for the owners, which we have done with Montreal Commons.

“It flips the whole arrangement buyers would normally expect. In other developments, owners must pay more upfront to get the savings whereas here, there is a financial benefit to a sustainable lifestyle and hopefully this model will contribute to a more rapid take-up of this type of technology generally.”

A further incentive is the initial cost of the homes will be no more than a traditional apartment.

The innovative model is the result of OP’s partnership with technology company Power Ledger and is based around 75 kW solar rooftop PVs and local battery storage, topped up with 100 per cent green energy from the grid through local electricity retailer Change Energy.

“Typically the only people who benefit from solar on apartment buildings are those who are home during the day, so while it’s a ‘nice-to-have asset’ it’s never provided a sufficient incentive to drive large-scale investment in sustainable technologies and housing,” Mr Parker said.

“The holy grail of being carbon-neutral and delivering a 50 per cent strata offset is a win-win for buyers and a game-changer in terms of showing how low-carbon design outcomes can be used to create financial benefits for apartment owners globally.”

All going to plan the company expects development approval for Montreal Commons by December and is calling for expression-of interest for the purchase of apartments now. Pre-sales are expected to start in December/January and construction early to mid-2021.

OP Properties co-founder Nic Osboine says the apartments will be particularly attractive to local ‘green’ investors, particularly with the rental market so tight, at 1.6 percent, and likely to get tighter when the rent moratorium ends on September 30.

“Real estate agents and our own internal analysis indicates that buying a Montreal Commons apartment will be neutral or cash positive as a rental investment. So yeah, we’re expecting them to be quite popular for owner occupiers and investors alike and I’d urge interested buyers to register their interest sooner than later at www.MontrealCommons.com.au ” Mr Osboine says.