Ray O’Connor’s role in helping Ric New develop the state’s residential building sector is probably the least known of his many ‘achievements’. 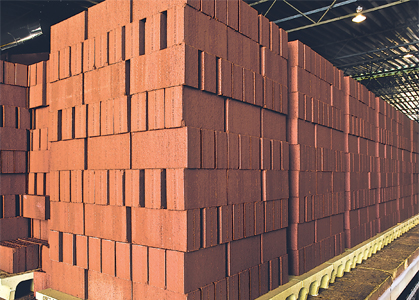 VITAL COMPONENT: Midland Brick was incorporated in 1953 and its principals, Ric New and his brother, Gerald, were significant financial contributors to the Liberal Party. Photo: Grant Currall

Ray O’Connor’s role in helping Ric New develop the state’s residential building sector is probably the least known of his many ‘achievements’.

But let’s firstly get one matter out of the way.

Mr O’Connor was increasingly plagued during his political career by often quite sinister gossip, including allegations of some involvement in the Perth vice scene, although this was never proved, so it’s best viewed as mere rumour.

As reported in The Age (January 21 1982) when he became Liberal leader: “The new premier has previously pointed out that none of the allegations made against him has produced evidence of wrong doing and he challenges people to find facts to fit the stories.”

However one rumour that surfaced soon after Mr O’Connor left parliament in 1984 to work as a lobbyist did reach court, where he was found guilty of stealing a $25,000 cheque from Bond Corp, and spent six months in jail in the mid 1990s.

Putting that aside, is there a less-dramatic side to the politician who was known as Rocky by his parliamentary pals?

Indeed there is, as I learned in the 1980s while working as research director of the (then) Perth Chamber of Commerce.

In that position I oversaw the chamber’s employer-employee relations committee, whose most important, best informed, and clearest-minded member was the late Ric New, founder of one of the state’s most important businesses, Midland Brick.

Anyone doubting that contention should read A Fine Country to Starve In, written by one of my University of WA history teachers, Geoffrey Bolton.

Mr New and I had many long chats, including especially about his founding, management, and oversight of Midland Brick.

Here are a few lines I recently found that give a taste of this ingenious farsighted Western Australian.

“Ric New and his brother Gerald began operating a brickworks at Middle Swan in partnership in 1946, immediately after World War II, to overcome the shortage of building materials.

“Their Midland Brick Company was incorporated in 1953.

“Ric took clay samples from many areas near the Swan River.

“From these he made small clay balls which he would burn in his lounge room fireplace to determine the suitability of the clay for brick-making purposes.

“Having satisfied himself of the highest quality deposit in the area, New bought 10 acres at Middle Swan (which is still part of the Midland complex) and constructed a square updraught kiln using second-hand bricks.

“In those post-war years, established brick-making plants had first call on imported heavy machinery due to the scarcity of supplies, so the New brothers, being late starters, had to adapt existing machinery to build the plant.

“They purchased a gearbox from a war-surplus Sherman tank, which they modified to become the plant’s first auger, and the transmission from a General Grant tank formed the base of their first dragline.

“The next problem was how to lift and move the brick pallets around the yard.

“This was solved after New visited an American aircraft carrier and saw that the method used for lifting aircraft parts could be adapted to the pallet movement problem.

“And so it was that three Bren gun carriers were modified to become WA’s first commercial forklift.”

But Mr New had to overcome other equally, perhaps even more, ominous problems - political ones - which is where Rocky O’Connor slotted in.

Not surprisingly, the cottage sector and Mr New attracted the attention of union leaders and Labor politicians, who together wanted the workforce unionised, something Mr New set about thwarting because he knew that meant higher brick and housing costs and stultified productivity.

He therefore embarked on enhancing WA’s sub-contracting system across the cottage construction sector, with Midland Brick training anyone wishing to become a brickie and even assisting with finance for those wanting to become owner-drivers to deliver his bricks to building sites.

This ongoing clash between the Labor-unions axis and Mr New’s vision for his industry inevitably meant the battleground promptly shifted into the political realm, including parliament, with Labor MPs wanting subcontracting regulated out of existence.

To help ensure there were more Liberal MPs than Labor ones, Mr New quietly donated to their election and re-election campaigns.

That’s where Mr O’Connor stepped in, accepting funds for distribution among Liberal MPs and candidates deemed in greatest need in contests against Labor.

All this happened without fuss and fanfare between Messrs New and O’Connor.

Mr New told me he regularly travelled to inspect and assess how foreign brick makers were fairing and to keep abreast of technological developments to ensure local production remained cheap.

I recall him chuckling as he recounted how American brick makers reacted whenever he disclosed his annual brick output, which was enormous since he dominated the WA market.

“In America, brick making is by lots of small manufacturers, so they’re amazed when I tell them my output,” he said.

Mr New also told me well before his death in 1989 that he’d made preparatory moves to sell Midland Brick because his family wasn’t interested in the business.

That’s why Boral acquired Midland Brick shortly after he died.

More than two decades on, Mr New is forgotten, something that shouldn’t have happened because without him WA’s efficient (meaning cheaper) subcontracting cottage industry wouldn’t have been persevered to this day.

Those doubting this need only compare the cost of building a home excluding land content.

He also hastened the demise of timber housing, once so popular across WA.

I’d have therefore thought those in the Greens would have accorded him recognition here, since he did more to save trees than any of them individually.

But Labor continued pursuing him well into the 1980s, after Brian Burke succeeded Mr O’Connor as premier in 1983, by moving to ensure a new brick maker emerged in, of all places, Midland.

Labor sold the defunct Midland Abattoirs site to a Peter Ellett, who’d worked with Whiteman’s Brickworks, for the astonishingly low sum of $450,000, so he’d become another brick producer.

Mr Ellett then sold-off items and chattels on that site for $400,000, effectively securing the land for a miniscule outlay to become a competitor in the brick-making business.

But what of Mr O’Connor after his successful political career that was so reliant upon his quiet involvement in WA’s cottage construction industry?

He opted to become a lobbyist, Ray O’Connor Consultancy, during the turbulent WA Inc era, which ended with the launching of a series of Royal Commission inquiries.

One of these would investigate his clandestine lobbying activities, which led to the jail term mentioned earlier.

While that’s certainly not a desirable finale to a 26-year public career, his rarely-spoken-of role as a silent helper in ensuring WA’s cottage construction sector preserved the sub-contracting system shouldn’t be forgotten.