Nzuri Copper has now taken final delivery of $10milllion from a placement to Chinese mining giant Huayou Cobalt and is kicking 2018 off on an upbeat note as it steps up the hunt for copper riches in central Africa. The Perth-based, ASX-listed junior will use the funds to develop its flagship copper-cobalt project in the Democratic Republic of the Congo and to shore up its prospects from an aggressive exploration campaign. 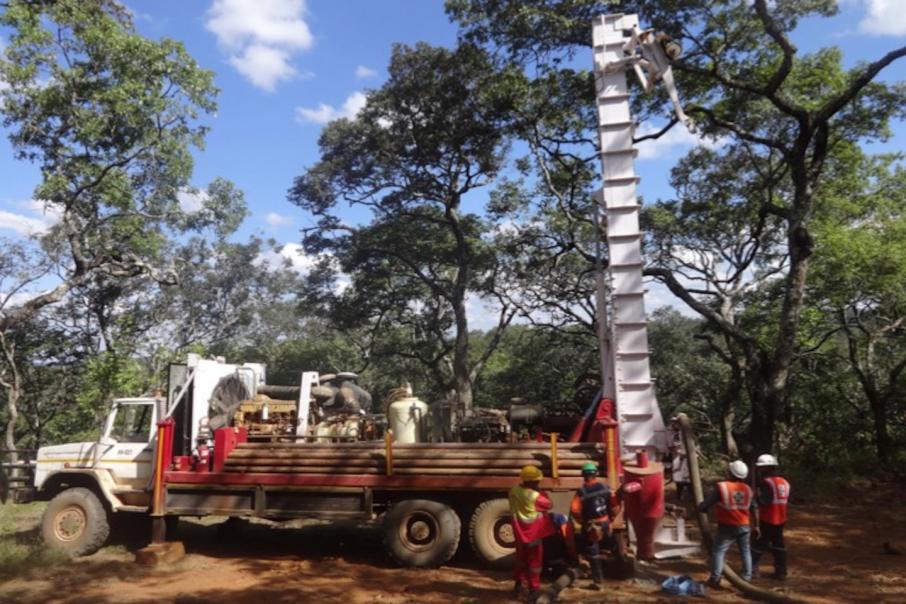 Drilling at Monwezi in the Democratic Republic of the Congo

Nzuri Copper has topped up its war chest fuelling its African copper belt aspirations from a final payment from a a $10 million placement to Chinese giant Huayou Cobalt.

This follows the Perth-based Nzuri Copper announcing in December that China’s Huayou Cobalt - the world’s largest producer of cobalt chemicals - through its wholly-owned subsidiary, Huayou International Mining Hong Kong, had acquired a 14.76% shareholding in Nzuri through the $10 million share issue and convertible loan.

In a market update this week the ASX-listed junior said it had received the final $3.36m payment from Huayou Cobalt, which was advanced as a convertible loan on an unsecured and interest free basis, to be converted to shares on the 25th of January.

Nzuri Copper said its largest shareholder, 57.4% stock holder Tembo Capital, has already given a written guarantee that it will vote in favour of the loan to shares conversion at a meeting of shareholders set for the final Thursday of the month.

Nzuri Copper previously stated that the proceeds from the tranches would be used for ongoing development and optimisation studies on its flagship copper-cobalt project in the Democratic Republic of the Congo, to pursue an ‘aggressive’ ongoing exploration campaign and for working capital.

The company said this would encompass Stage 1 development plans for its 85%-owned Kalongwe project, which delivered impressive economics in an October 2017 feasibility study.

Funding will also be used for test work and planning on a Stage 2 expansion using a solvent extraction and electrowinning process, an initiative which promises to further improve the project economics and extend the mine life.

The tie-up with Huayou will also support an aggressive exploration program under Nzuri’s Fold and Thrust Belt joint venture with another mining giant, Ivanhoe. The JV is exploring ground surrounded by multiple Tier 1 deposits, including Ivanhoe’s Kamoa-Kakula discovery which now sits at over 1 billion tonnes at a stunning average grade of around 3% copper.

Huayou Cobalt, which already operates a number of projects in the DRC, will be entitled to one representative on the board of Nzuri as long as its holding remains above 10% for 90 consecutive days, or in the event of a change of control at Nzuri.

With a market capitalisation of US$8 billion on the Shanghai Stock Exchange, Huayou Cobalt accounts for 25% of global cobalt production and already has several mining and refining operations in the DRC.

The Chinese company’s interest in Nzuri Copper potentially reflects a vote of approval for the quality of the Australian explorer’s cobalt and copper-cobalt projects in Africa.

Nzuri drilled a number of prospects last year which produced some exciting intercepts, stimulating a renewed optimism within the company for more hits in 2018.