Nzuri Copper has announced that it has started its 2018 exploratory field program in the DRC, with drilling to target eight high priority copper-cobalt targets identified last year from geological and geophysical interpretation. The targets all lie within 30km of the existing ore reserve defined at the flagship Kalongwe copper-cobalt deposit and each target has potential for a new base metal discovery in this prospective district. 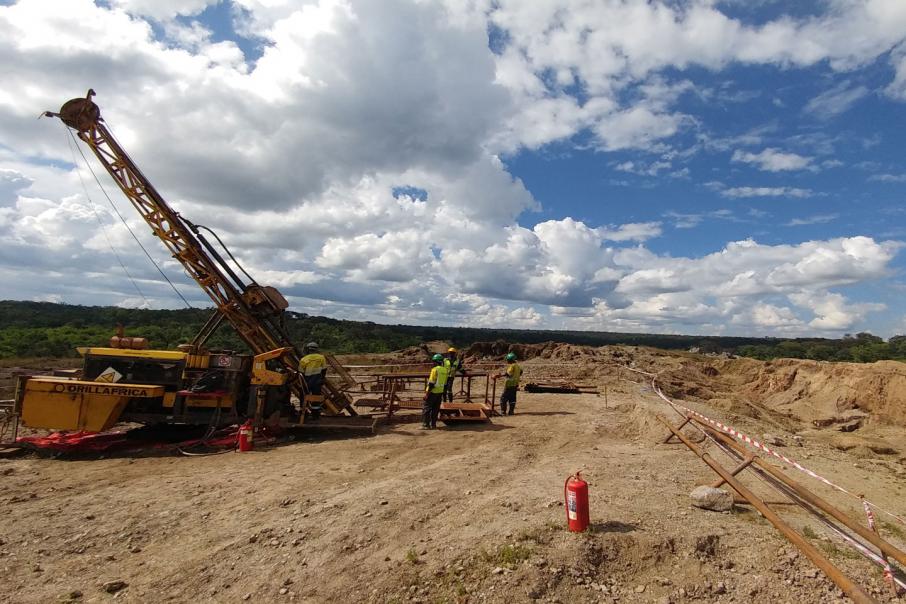 Nzuri Copper has commenced its 2018 field exploration program on eight near-mine and regional copper-cobalt priority targets in the Democratic Republic of Congo, following the approval of a A$4M budget.

Up to 7,250 metres of RC and diamond drilling are proposed, with the program commencing at Kalongwe SW, 800m from the company’s flagship Kalongwe deposit that contains a JORC-compliant ore reserve of 6.98 million tonnes grading a significant 3.03% copper and 0.36% cobalt.

Historical drilling at Kalongwe SW, which is contained within the company’s 85%-owned Kalongwe licence boundary, failed to intersect the key mine series unit.

Outside the licence, Nzuri has another seven, high priority copper-cobalt targets for drill testing this year that have been ranked and assessed following the company’s 2017 exploration program.

Diamond drilling of the Monwezi 2 and Monwezi 7 targets will start later in April and these prospects are located directly along strike from Kalongwe, between 2 – 5 km to the southwest.

Nzuri believes there is significant potential to define additional satellite resources within easy trucking distance of Kalongwe, at the Kalongwe SW, Monwezi 2 and Monwezi 7 prospects.

The Monwezi targets fall inside the Fold & Thrust Belt Joint Venture tenements held by Ivanhoe Mines, where Nzuri has recently gained an 80% beneficial interest by earning its way in via sufficient expenditure on exploration.

Ivanhoe and Nzuri are currently finalising the process for completing the transfer of 80% of the share capital in the Fold and Thrust JV vehicle to Nzuri.

Hence, the push is now on for Nzuri to uncover other economic ore bodies within the Fold and Thrust ground holdings.

All of these targets lie within 30km of Kalongwe and have significant potential for new discoveries of copper, cobalt and other base metals.

At Kasangasi, 20km west of Kalongwe, geological and geophysical interpretation has confirmed the location of the mineral rich Kamoa-Kakula contact.

Nzuri will test the full strike length of the prospective Kamoa-Kukula geological contact at Kasangasi.

At Mulonda Funda and Mutwa, lead-zinc anomalies exist with the potential for the discovery of high-grade Kipushi-style base metal mineralisation.

The Kipushi project was a high-grade underground zinc-copper mine, which also produced considerable quantities of lead, silver and the strategic metal germanium, before being placed on care and maintenance in 1993.

In December 2017, Ivanhoe Mines announced an outstanding Pre-Feasibility Study result for potentially re-opening the Kipushi mine, based on its extraordinarily high zinc grades within the deposit’s measured and indicated mineral resources of 10.2 million tonnes grading 34.9% zinc.

Nzuri Copper is certainly in good company in this part of the DRC that could only ve described as elephant country.

Nzuri CEO Mark Arnesen said: “This is an exciting time for Nzuri as the new field season in the DRC gears up and drilling gets underway across a range of prospects.”

“There is plenty of unfinished business regionally, with a suite of promising targets, some of which were identified or reinforced last year, using interpretation of extensive airborne radiometric data.”

“Shareholders can look forward to strong and continuous news-flow as this comprehensive drilling program advances.”

China’s Huayou Cobalt, the world’s largest cobalt chemicals provider, recently took a 14.8% stake in Nzuri with a US$10M investment in the company, further enhancing its credentials and invigorating its search for copper and cobalt in the DRC.

2018 is shaping up to be an exciting and pivotal year for Nzuri as it seeks to build its base metal inventory to a critical mass in this mineral rich part of the world.