Nzuri Copper’s ambitions to become a big player in the African Copper-Cobalt Belt have received a massive boost with a $10 million placement to Huayou Cobalt, the world’s biggest producer of cobalt chemicals. Huayou operates a number of cobalt projects in Nzuri’s backyard and will become a vital partner for the ASX-listed junior alongside Ivanhoe Mines who are already in a JV with the company. 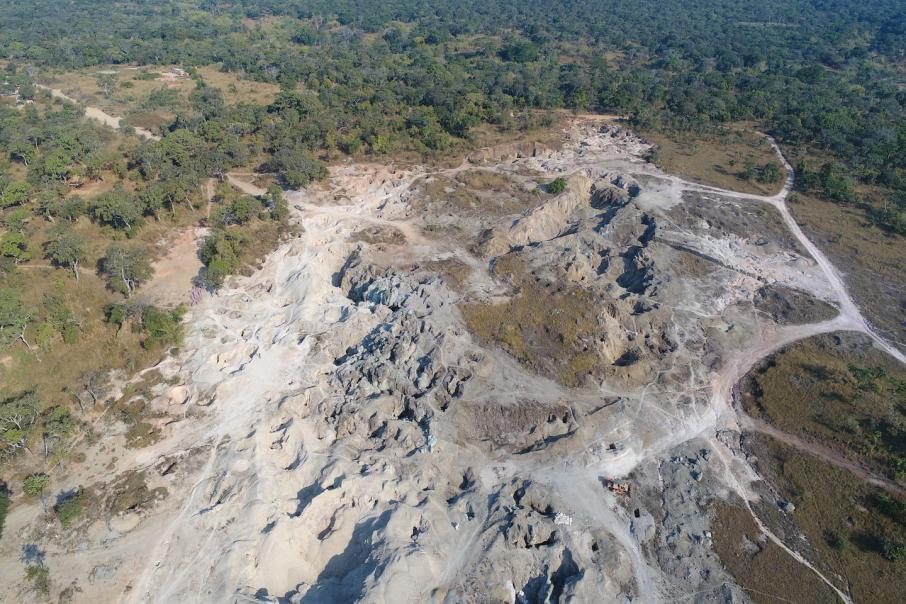 Nzuri Copper has snagged the world’s largest producer of cobalt chemicals as a cornerstone investor in a $10m deal that potentially highlights the quality of the cobalt in its copper-cobalt project in the Democratic Republic of Congo.

The junior explorer came out of a trading halt this week with the stunning news that Huayou Cobalt, through its wholly owned subsidiary, Huayou International Mining Hong Kong, would acquire a 14.76% shareholding in Nzuri through a $10 million share issue and convertible loan.

Huayou Cobalt is a giant of the global cobalt industry with a market capitalisation on the Shanghai Stock Exchange of US$8 billion. It is the largest cobalt chemicals producer in the world, accounting for 25% of global production, and runs several copper-cobalt mining and refining operations in the DRC.

Nzuri CEO, Mark Arnesen, said: “We have received an overwhelming level of interest from potential strategic investors in the company since completing the Kalongwe feasibility study in October. After extensive discussions with several groups in recent weeks, we are delighted to have finalised this agreement with a strategic partner of the calibre of Huayou Cobalt.”

“We believe that the involvement of Huayou HK will enable Nzuri to unlock value from the high-grade cobalt at Kalongwe which would significantly improve the already robust economics of the Project. Huayou HK is ideally placed to assist Nzuri in realising our objective of becoming a leading copper-cobalt producer in the African Copper Belt.”

Mr Chen Hongliang, Huayou’s Director, said: “Huayou HK is extremely happy to invest in Nzuri Copper and we look forward to working closely with the Company to bring the Kalongwe Copper-Cobalt Project into production and to progressing its exciting portfolio of copper-cobalt projects in the DRC. We believe that Huayou can significantly contribute to realising the full value of the Kalongwe Copper – Cobalt Project.”

Huayou HK’s strategic investment is priced at A$0.2507 per share, which is the undiscounted volume weighted average price over the 30 days prior to the deal being signed.

The funding consists of two tranches including a placement raising A$6.6 million by the issue of 26.5 million shares, to be completed by 20 December and a A$3.4 million loan, convertible into shares following shareholder approval.

Nzuri plans to call a shareholder meeting in January to approve the deal which is somewhat academic because Nzuri’s largest shareholder, Tembo Capital, intends to vote its 57.4% stake in favour of the deal.

Nzuri said part of the $10 million in new funds would be used to optimise Stage 1 development plans for its 85%-owned Kalongwe project. Stage 1 is based on a simple, low cost process route of dense media separation and delivered impressive economics in an October 2017 feasibility study. The company has a number of opportunities to boost the project economics, including the possibility of a high-grade, cobalt-only ore reserve less than a kilometre from the planned open pit.

Funding will also be used to push ahead with testwork and planning on a Stage 2 expansion using a solvent extraction and electrowinning process, which promises to further improve the project economics and extend the mine life.

The tie-up with Huayou will also provide support for an aggressive exploration program under Nzuri’s Fold and Thrust Belt joint venture with another mining giant Ivanhoe. The JV is exploring ground surrounded by multiple Tier 1 deposit, including Ivanhoe’s Kamoa-Kakula discovery, which now sits at over 1 billion tonnes at a stunning average grade of around 3% copper.

Drilling by Nzuri at a number of prospects in 2017 has already produced some exciting intercepts, and the company believes there is potential for many more in 2018.

For a small company, Nzuri appears to be punching well above its weight by attracting some of the world’s largest and most iconic mining operators to partner with.