The already impressive economics of Nzuri Copper’s Kalongwe copper-cobalt project in the DRC have soared in an updated feasibility study that boosted the internal rate of return to 99% and cut the capital payback period to just 17 months. The emerging developer also released impressive project economics for a proposed stage 2 development that would take Nzuri up the cobalt value chain. 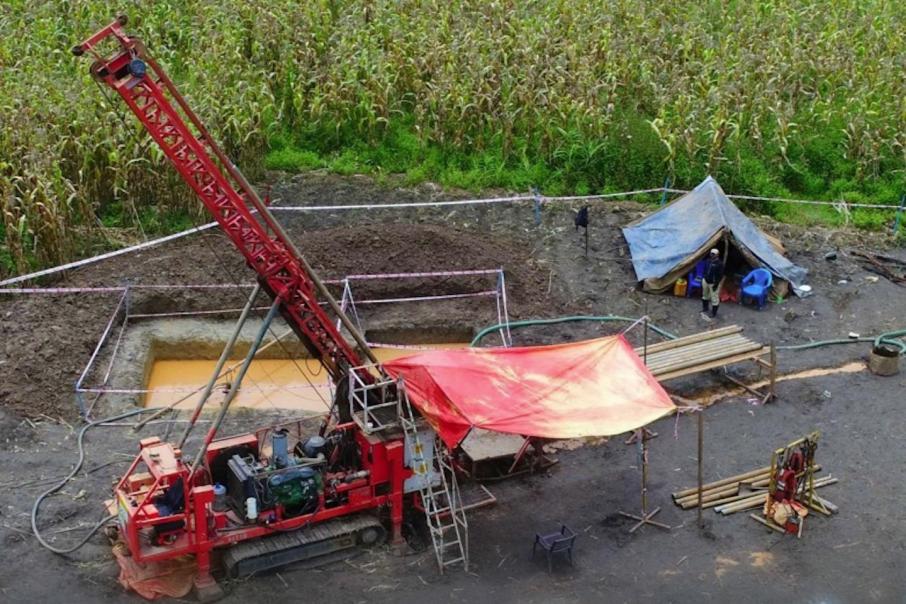 An update to the feasibility study on a planned stage 1 development of Nzuri Copper’s Kalongwe copper-cobalt has produced a massive uplift in value and highlighted the benefits of operating in the world’s premier cobalt region.

The copper-cobalt developer told the ASX this week it had updated its October 2017 feasibility study to reflect a higher, but still conservative, long-term cobalt price and a shift in the delivery point for Kalongwe’s concentrates from the Democratic Republic of Congo’s second largest city, Lubumbashi, to the emerging cobalt processing centre of Kolwezi, just 77kms away by road.

As a result, the pre-tax NPV of the 85% Nzuri owned project has soared from US$116 million to US$186 million, while the internal rate of return has increased from 71% to an exceptional 99%.

The payback period has been shortened from 21 months to 17 months, while mine life has been extended from seven to eight years thanks to a solid increase in reserves.

There were no changes to the fundamentals of the project, which is based on an open pit operation with a low strip ratio, processing 1 million tonnes per annum.

The capex for figure remains at a remarkably low US$53.1 million and C1 cash costs have been hammered down from U$1.35 per pound, including cobalt credits, to just US$0.85/lb.

The low capex is a key part of Nzuri’s strategy to get into production cheaply and quickly, with cash flow expected just 12 months after a final investment decision on a modular-build, dense media separation plant.

This week’s update also provided a first look at the impressive economics of a proposed stage 2 development, which is focused on building a solvent extraction and electrowinning or “SXEW” plant to produce higher value cobalt products.

Nzuri says that a preliminary economic analysis of a full SXEW plant and cobalt circuit, processing DMS-generated rejects from stage 1 and cobalt-only ore from the Kalongwe mine, showed an NPV of US$340 million and an impressive internal rate of return of 91%.

Importantly, the company also noted that the US$270 million capex for stage 2 could be funded out of project cash flows from stage 1.

"This has confirmed our view that there is huge upside in the project which can be unlocked through future staged expansions funded from Stage 1 cash-flows.”

“Our immediate focus over the next few months is to advance appropriate funding solutions and, with the support of our cornerstone shareholders, deliver stage 1 as quickly as we can while keeping in mind the best way of pursuing SXEW processing. At the same time, we are continuing to pursue aggressive exploration aimed at growing our resource inventory and mine life at numerous exciting near-mine and regional targets.”

The updated stage 1 feasibility study also set the record straight regarding the minimal potential impact of any changes in the royalty regime in the DRC, which was flagged by government last month and has some investors spooked.

Nzuri noted that even if the royalties on copper and cobalt increased to 3.5% and 10% respectively, which is not yet certain, the NPV of stage 1 would still be US$175 million and the internal rate of return would be 91%. The ore reserve figure would be unchanged because Nzuri says it has already taken a conservative approach in calculating the latest figures on the assumption of a 10% royalty.

Weighing against the sovereign risk in the DRC is the fact that it produced 63% of the world’s cobalt supply in 2016 and boasts cobalt grades that would bring tears to the eyes of cobalt explorers in W.A.

This is a key theme in a new report on Nzuri by equities research house Colts, who recently visited the Kalongwe project. It noted that Nzuri’s flagship project not only hosted the highest-grade cobalt resource on the ASX but was the most advanced of all the cobalt developments by a long shot.

In the background, Nzuri also has a huge array of active exploration projects in the immediate vicinity of Kalongwe, which adds up to a compelling cobalt story.

It probably doesn’t hurt the story either that Robert Friedman’s miraculous Kamoa-Kakula copper discovery is lurking in the vicinity not that far away.

Nzuri has obviously landed in a good street and it is now busy getting its house in order.

More to come on this one.