Nzuri Copper have begun diamond drill testing a number of exciting Copper-Cobalt prospects that could extend the life of their fast-tracked Kalongwe development in the Central African Copperbelt. Drilling will include a follow up to last month’s Cobalt discovery at Monwezi 7, which returned a 7-metre intercept with more than 1% Cobalt. 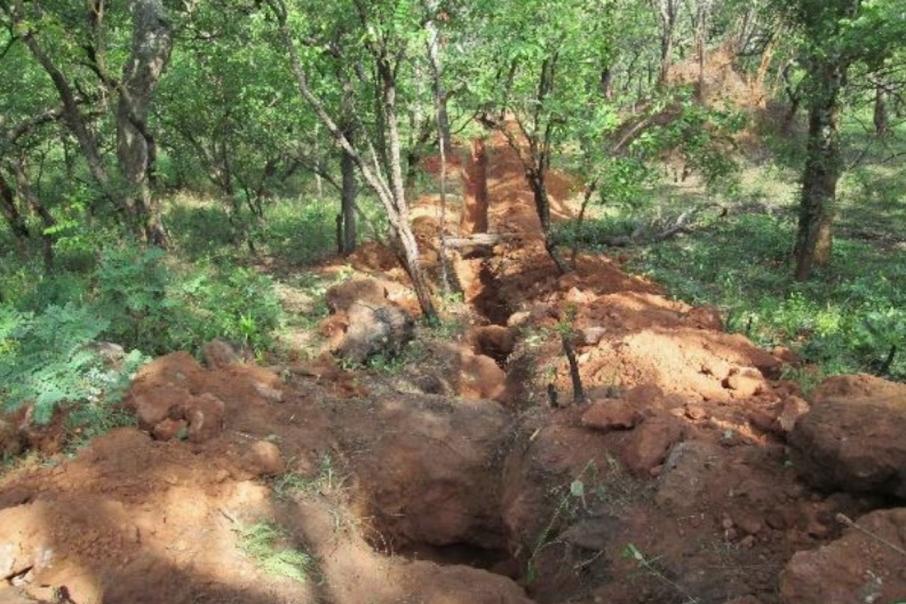 Trenching at Nzuri Copper's Monwezi 7 prospect in the DRC

Nzuri Copper have begun drilling out a number of satellite Copper-Cobalt prospects within haulage distance of their Kalongwe project that could underpin a Stage 2 expansion.

Kalongwe is Nzuri’s 85%-owned flagship project in the Democratic Republic of Congo, towards the western end of the world-class Central African Copperbelt. The project is just 15kms from Ivanhoe’s giant Kamoa-Kakula deposit, which is regarded as the best Copper discovery anywhere in the world in decades.

Nzuri is at an advanced stage of planning a lean, fast-tracked development that could generate cash just 12 months after development approval.

The project is based on a high-grade, outcropping deposit that would support an initial seven-year mine life. The project is surrounded by exciting Copper-Cobalt prospects on ground held under the Fold Thrust Belt joint venture between Nzuri and Ivanhoe and these could provide a major boost to resources.

Nzuri told the ASX that diamond drilling had begun at the Monwezi 2 target, just 2.5km along strike from Kalongwe. Drilling will follow up an historical Ivanhoe hole that intercepted 8 metres at 2.57% Copper and Nzuri aims to extend the known mineralisation at that prospect with a series of step-out holes.

Nzuri are quietly confident about the Cobalt potential at Monwezi 7, which the company believes may have the potential to grow into a significant Cobalt resource. Recent trenching 400 metres northwest of last month’s Cobalt hits has revealed significant zones of visible Cobalt mineralisation.

Nzuri CEO, Mark Arnesen, said: “With the wet season now upon us, the focus of exploration with the Fold Thrust Belt Joint Venture has shifted to diamond drilling of advanced copper and cobalt prospects within the Monwezi West cluster.”

“Monwezi 2 shares a similar mineralization style to Kalongwe and therefore represents a realistic opportunity to define a significant source of satellite ore feed to the processing plant at Kalwonge, with the potential to extend the life of the project. Meanwhile, the exciting new cobalt discovery at Monwezi 7 is shaping up as a significant opportunity for the company that could play an important role in our Stage 2 expansion plans.”

The diamond drilling program will run for the remainder of the wet season, which will continue until March/April next year and can be expected to produce a feast of assay results over that period.

Nzuri also expects to soon release results of recently completed RC and diamond drilling at the Kasangasi target from late November through to the end of December.