Numbers keep rolling in for Adriatic

Adriatic Metals has revealed another exceptional intersection from its Bosnian, multi-commodity play with the latest numbers from the Rupice prospect turning up a serious looking 18 metre intersection grading 17.6% zinc, 9.4% lead, 3.8g/t gold and 508g/t silver from 162m down-hole. The result is 100m up-dip from a previous high grade result and grows the mineralised footprint ahead of the company’s maiden resource estimate. 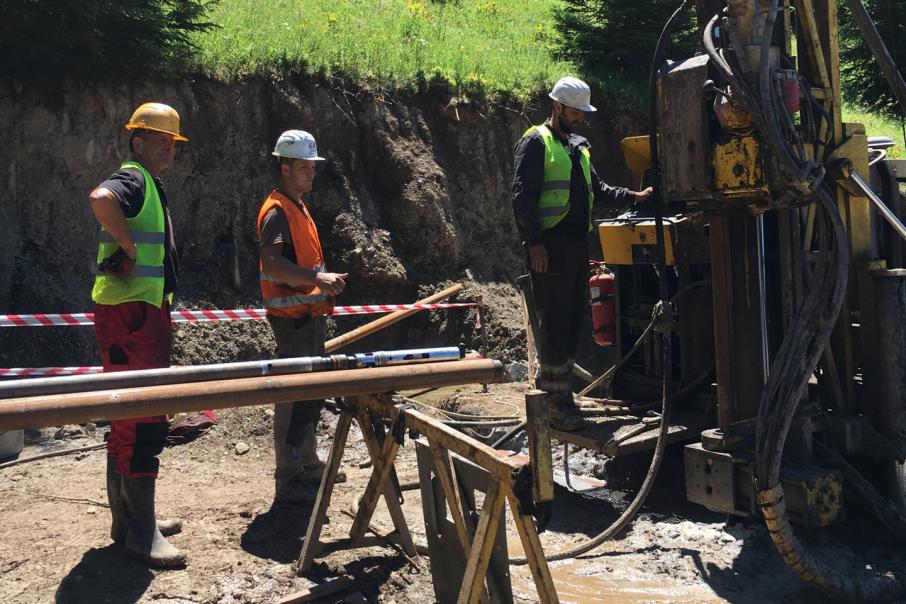 Less than a fortnight after releasing its best ever drilling result at the outstanding Rupice base metal prospect in Bosnia, Adriatic Metals has done it again with an even higher grade intersection recorded 100m up-dip from the previous quality intercept.

The company also reported that another hole in progress had visual intersections of mineralisation in drill core located south of a recently reported high-grade section and may indicate a potential extension of the Rupice mineralisation in that direction.

Adriatic Chief Executive Officer Geraint Harris said: “(the latest drill hole) continues to confirm the spectacular precious metals content not previously assayed in the majority of the historical drilling which will be incorporated into our maiden mineral resource estimate at Rupice.”

The company is on a roll at the moment, only last week reporting that it had significantly expanded its land position in central Bosnia, with the Government approving its application to broaden the existing concessions at its Vares project.

The new approvals increase Adriatic’s land holdings at Rupice more than 5-fold and include a 500m region north of and down-plunge from a 66 metre intersection of high-grade mineralisation that returned an amazing grade of 9.5% zinc, 4.9% lead, 2.4g/t gold, 187g/t silver, 0.5% copper and 56% barite from 204m down-hole in October.

Adriatic has the rods turning on 4 drill rigs around the clock now in Bosnia, as it seeks to maximise the drilling data and assays for the maiden resource estimate due soon at Rupice.

Nearby at the Veovaca prospect, where the company has recently broadened its land position, Adriatic has already defined a JORC-compliant mineral resource of 4.44 million tonnes grading 1.96% zinc, 1.11% lead, 58g/t silver, 0.09g/t gold and 20% barite.

Something tells me that Rupice also won’t disappoint when its maiden resource is tabled.