Novo Resources’ aggressive exploration approach to its extensive 14,000 square kilometre land holding in WA’s Pilbara goldfields is turning up a slew of impressive shallow, high-grade intercepts. The latest round of drilling at the Talga Talga project has coughed up a striking 3m intersection going 25.5 g/t gold from 28m and 3m at 23.3 g/t gold from 11m. 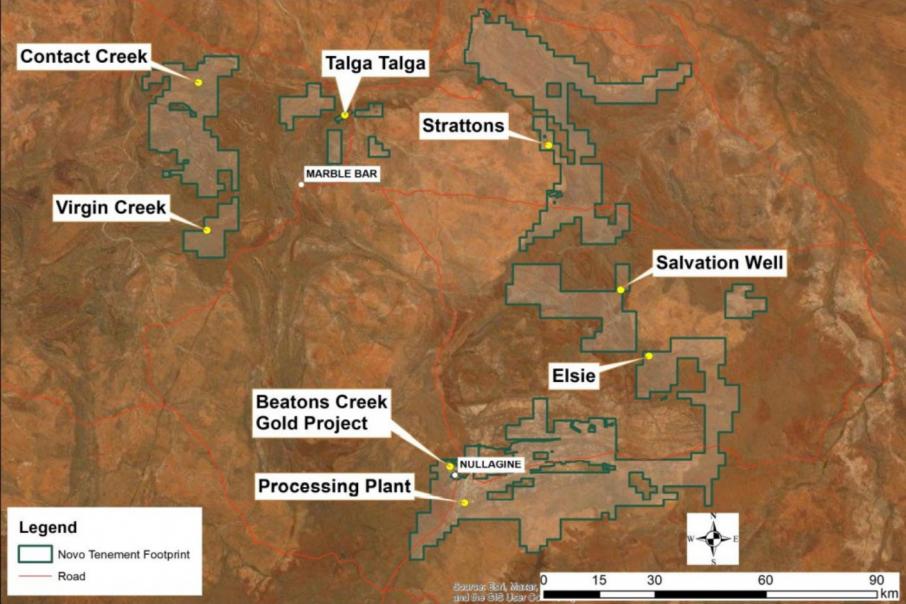 Novo Resources’ aggressive exploration approach to its extensive 14,000 square kilometre land holding in WA’s Pilbara goldfields is turning up a slew of impressive shallow, high-grade intercepts. The latest round of drilling at the Talga Talga project has coughed up a striking 3 metre intersection going 25.5 grams per tonne gold from 28m and 3m at 23.3 g/t gold from 11m.

The Talga gold project is located some 110 kilometres north of Novo’s Beaton Creek paleaoplacer gold project. Gold mineralisation is reportedly contained within lode quartz veins hosted by metamorphosed volcanic and sedimentary rocks of the Warrawoona Supergroup. This is the same formation that hosts Calidus Resources 521,000 ounce Klondyke deposit which is set for gold production in the first half of 2022.

According to the company, results from the latest round of drilling have highlighted high-grade plunging gold shoots that it plans to follow up with additional drilling in 2022.

Novo Resources Non-Executive Co-Chairman Dr Quinton Hennigh said: Since committing to an A$14.5 million exploration budget through to the end of 2021 and accelerating exploration efforts, Novo has been able to target near-mine and regional prospects in an effort to develop its exploration and production pipeline, including additional work anticipated to commence at the Genie and Parnell-Vulture prospects in the coming weeks.”

Contrary to the experience of other companies in the resources sector, all assays from the Talga Talga program have been received within two weeks of submission after the company secured the laboratory and sample preparation services of Intertek Testing Services earlier this year. Novo’s use of this technology is a powerful tool to expedite exploration and - more importantly – discovery.

Novo has 903,000 ounces of gold in a current resource at Beatons Creek where it is mining and processing conglomerate gold ore through its recently refurbished Golden Eagle mill.

Management says Talga Talga has potential to be included in the Nullagine mining operations as a satellite deposit and recently laid out a strategy to trial bulk samples from Talga Talga through its mechanical ore sorter at Golden Eagle.

It says five bulk samples weighing in at about five tonnes each have now been excavated from several lodes at Talga Talga and delivered to Golden Eagle for the test work, anticipated to commence in October.

Novo now boasts more than $46 million in the till and can lay claim to being Australia’s first successful conglomerate gold producer with its Beatons Creek operations charging full steam ahead. With an additional 25,000 metres of drilling earmarked to test a plethora of high priority near-mine and greenfield targets, punters can expect to see a steady stream of news from Novo in the months ahead. 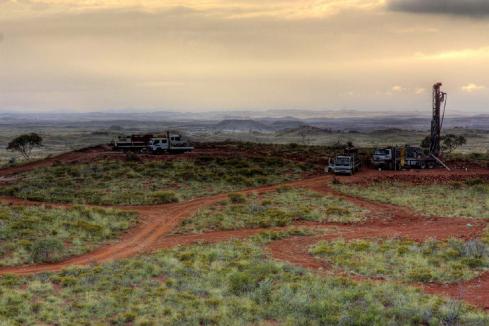